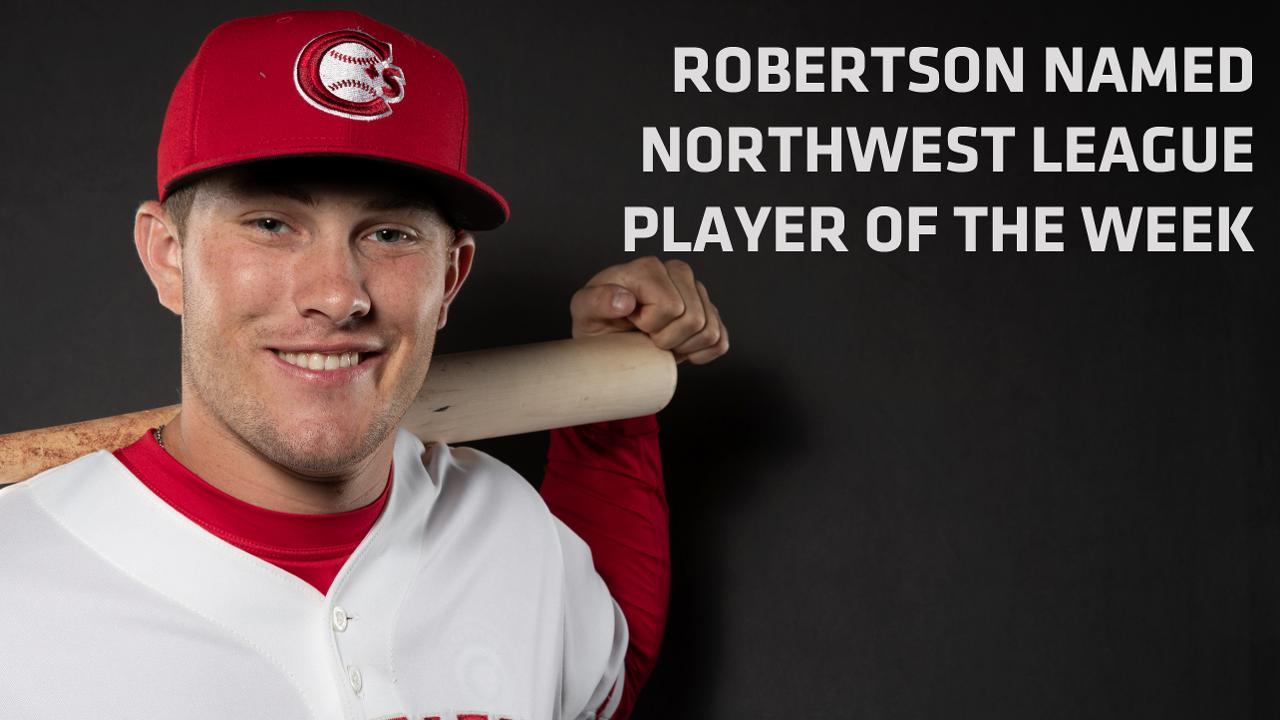 VANCOUVER, B.C. -- Canadians outfielder Will Robertson has been named Northwest League Player of the Week (August 26 - September 2) after hitting .458 (11-for-24) in his final six games of the season.

Robertson became the first player since A.J. Kirby-Jones (2010) to hit home runs in three consecutive games as the former Crieghton Blue Jays standout also had a double and a team high eight RBI over the final week. Vancouver would go 1-5 (.167) over this stretch.

Robertson, 21, was selected in the fourth round of the 2019 Major League Baseball First-Year Player Draft and hit .421 (16-for-38) with nine runs scored over his final ten games trying desperately to keep Vancouver in post-season consideration heading into the final week. He finished the season leading the Canadians in all three major offensive categories hitting .268 with six home runs and 33 RBI.

Adam Kloffenstein was the only other Vancouver Canadians player to receive a weekly acknowledgment from the Northwest League.