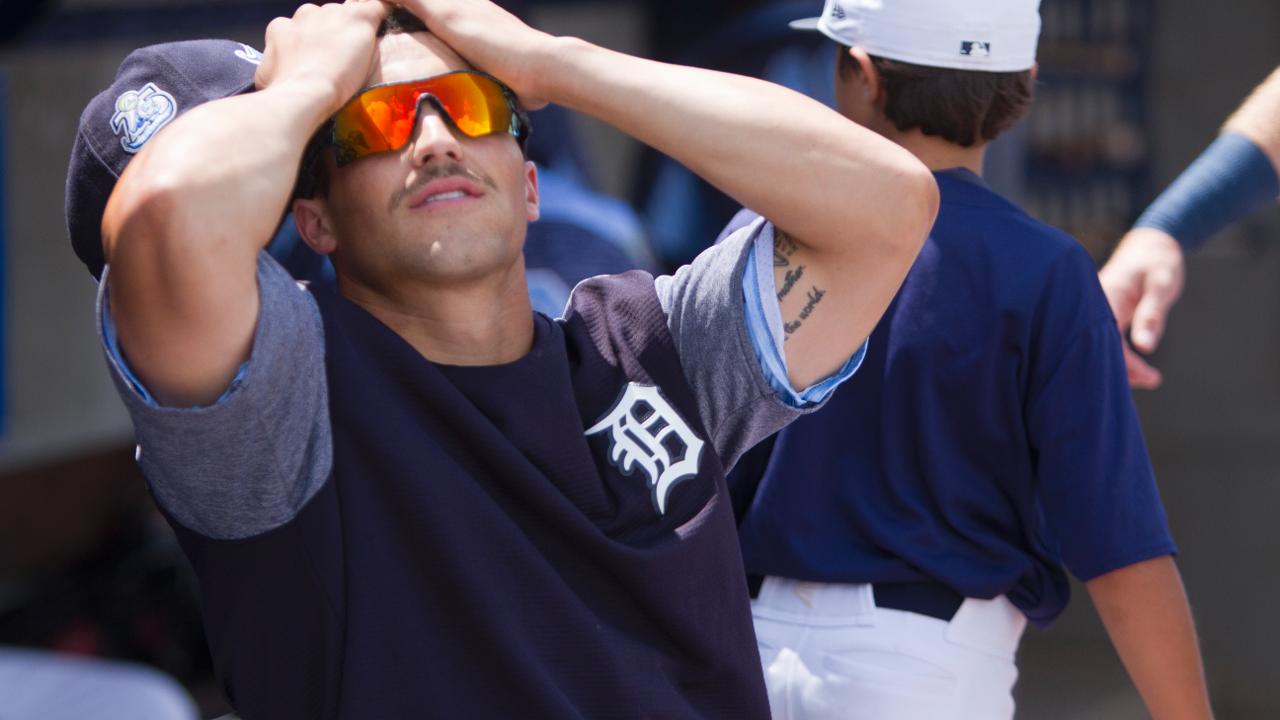 DAYTON, OH - After a rain delay over two hours, the West Michigan Whitecaps lost their ninth straight game in falling to the Dayton Dragons by a score of 5-2 in front of what was left of 7,483 fans late Wednesday at Fifth Third Field.

The loss marks the Whitecaps longest losing skid of the season and ties the second-longest in franchise history, dropping West Michigan to a season-low 26 games under .500, having lost 28 of their last 32 games.

Whitecaps starting pitcher Robbie Welhaf dominated throughout Wednesday's contest, becoming just the third 'Caps pitcher to complete seven innings on the mound this season. The righty allowed two runs on five hits while striking out a career-high seven batters, but his offense failed to support him, managing to cross the plate just two times due to a hit by pitch and pair of Dragons errors.

Dayton opened the scoring with a pair of runs in the fourth, highlighted by a solo home run by Brian Rey, his fifth of the season to take a 2-0 lead. In the sixth, Vinny Esposito was hit by a pitch before Wenceel Perez, and Chris Proctor reach on Dragons errors, and Ulrich Bojarski grounded into a double play to tie the game at two. The score remained the same until the eighth when second baseman Hector Martinez committed a fielding error, leading to Juan Martinez cleared the bases with a three-run triple to break the tie and give Dayton a 5-2 lead. The closest the Whitecaps came to taking the lead came in the top of the frame when Bojarski's attempt for a go-ahead double was robbed with a diving catch by Rey in the left-field corner.

Dragons reliever Carlos Machurro (1-0) earns his first win of the season, while 'Caps reliever Yaya Chentouf (1-3) gave up three unearned runs in suffering his third loss. Pitcher Connor Bennett pitched a scoreless ninth for Dayton to earn his second save of the year. The loss falls the Whitecaps record to 20-46 while Dayton prolongs its winning streak to ten games, improving their overall record to 27-39. West Michigan outfielder Parker Meadows reached base three times in the contest with a pair of walks. The last time West Michigan lost nine games spanned from July 22-30, 1994 against Appleton, Kane County, and Rockford.

The Whitecaps and Dayton Dragons three-game series concludes on Thursday at 7:00 pm. Whitecaps righty Wilkel Hernandez gets the start against Dragons righty James Marinan. Broadcast coverage with Dan Hasty starts on the Whitecaps Baseball Network at 6:50 pm. Tickets are available for any Whitecaps 2019 home contest by calling the Whitecaps front office at 616-784-4131 or by visiting www.whitecapsbaseball.com.