Rocks Cling to Another One-Run Win 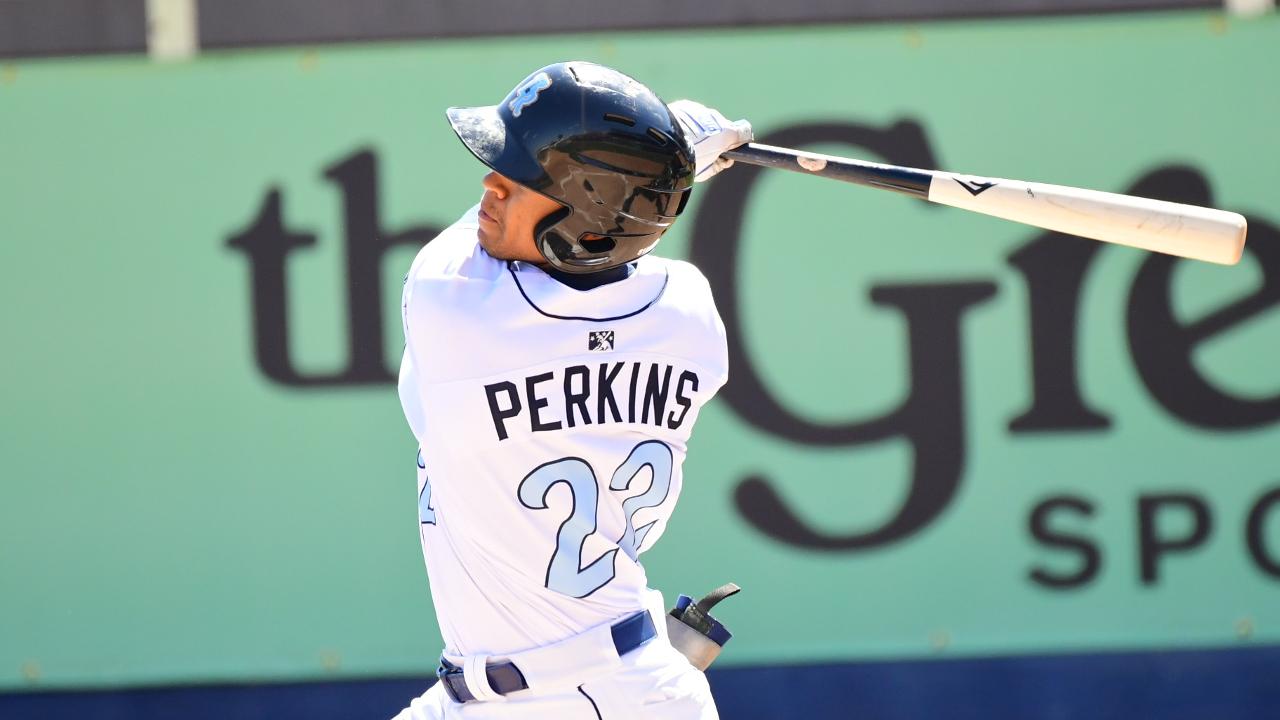 Winston-Salem, N.C. - A back-and-forth affair ultimately ended in the Wilmington Blue Rocks favor as they held on to a 7-6 victory over the Winston-Salem Dash Thursday Night at BB&T Ballpark. Blake Perkins hit a pair of home runs while Dennicher Carrasco homered for the second straight night. Tad Ratliff danced around trouble in the ninth and induced a game-ending double play to earn his league-leading 19th save of the year.

Both offenses got going early. Perkins, the second batter of the game, lifted an opposite field homer over the LF wall to give the Rocks and early 1-0 lead. Craig Dedelow however tied it in the bottom of the inning with a two-out, RBI triple. Wilmington quickly answered with a pair of runs in the second as Nick Pratto laced a double, Cristian Perez singled to put runners at the corners. While Sebastian Rivero was at the plate, Perez stole second and Rivero drove home Pratto with a single to right field and Perez scored behind him on a throwing error by Dedelow to home to give the Rocks a 3-1 lead.

Tate Blackman got a run back for the Dash with a solo homer in the bottom half of the inning to make it a 3-2 game. In the fourth, Wilmington got a pair of RBIs from Kyle Kasser and Michael Gigliotti to widen the gap at 5-2 before Yeyson Yrizarri drove home a run with a two-out triple in the bottom of the sixth to make it a two-run ballgame.

The Blue Crew seemed poised to pull away for good in the seventh inning as Perkins smashed his second homer of the night over the right field wall and two batters later, Carrasco hit a mammoth shot to straight away center field to give the Rocks a 7-3 lead. However, Winston-Salem scored three unanswered runs with a two-run homer by Jameson Fisher in the seventh to pull the Dash within a pair of runs again.

In the ninth, the Dash strung together three consecutive hits against Ratliff with Carlos Perez singling through the left side of the infield to make it a 7-6 ballgame. With the tying-run at third and winning-run at first, Ratliff got a fly out to left before he forced Blackman to ground out sharply to second base as Kasser started the game-ending double play.

The Blue Rocks will go for the series sweep on Friday, July 19 against the Dash with first pitch at 7:00 pm. Lefty Marcelo Martinez will get the start for Wilmington has righty Jorgan Cavanerio will climb the mound for Winston-Salem. Fans can catch all the action with the Voice of the Blue Rocks Cory Nidoh on 89.7 WGLS-FM.

Four continues to be the magic number for the Blue Rocks this season. Wilmington is 36-5 when scoring four-or-more times in a game, but just 22-32 when registering three or fewer tallies in a contest. They also improved to 32-8 in one-run ballgames with the win Thursday night.

Wilmington's starting pitching has been magnificent over the last six games. During that span the quintet of Jonathan Bowlan, Kris Bubic, Austin Cox, Marcelo Martinez and Daniel Tillo   have combined to allow just four earned runs over 45 innings pitched. Each have turned in quality outings, with Bubic doing so twice.

Wilmington has traveled exceedingly well in 2019. The Rocks are 32-18 in away games this season, the second-best road record in the Carolina League. In fact, the Blue Crew has a losing record in only one ballpark this season (Salem). One of the reasons for the road success has been the Rocks' ability to hit for power. They have hit 34 of their 42 home runs in 2019 away from the friendly confines of Frawley Stadium. Wilmington has not exactly been bad at home however, sporting a 27-19 mark in the First State.

The multi-homer game for Perkins was his first of his career. He now has six homers on the season. Last season he had just three homers, in 2017 he hit a career-best eight, and in 2015-16 he had just two in his first two seasons as a pro.