Rocks Rally for Walk-Off Win to Extend Their Season 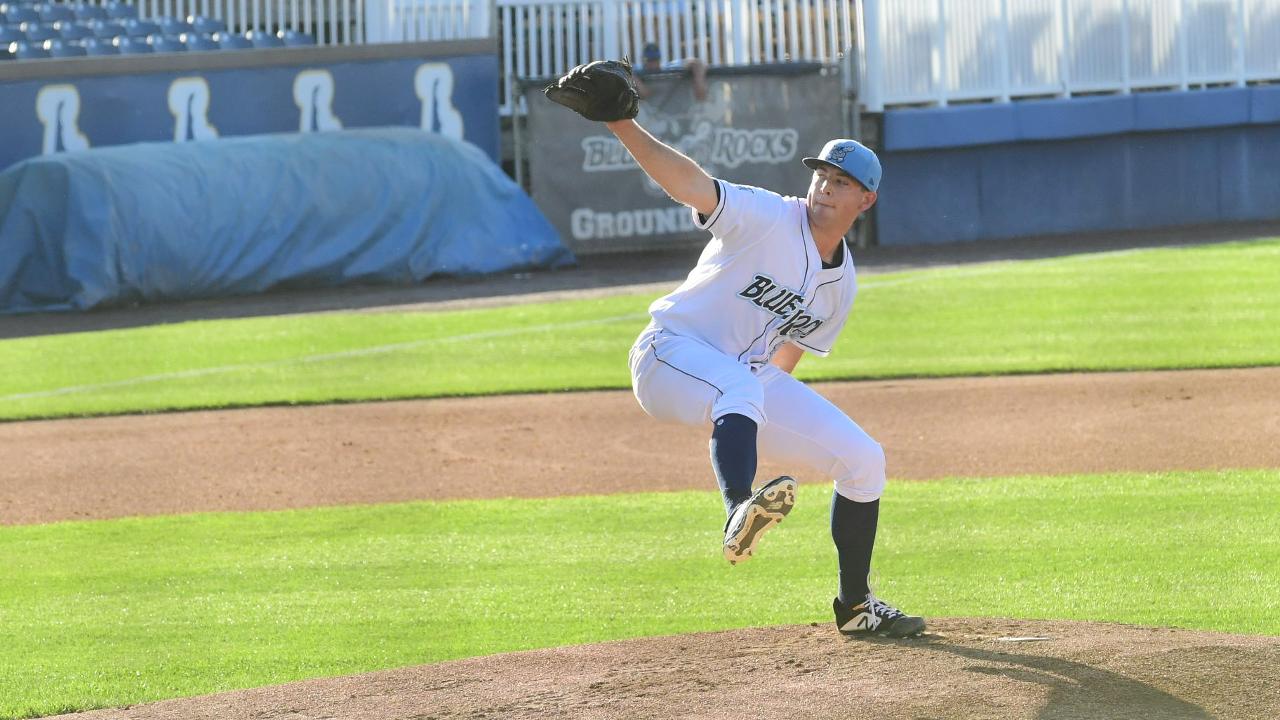 Wilmington, DE - The Wilmington Blue Rocks were three outs away from their season ending on Friday, but instead rallied for two runs in the bottom of the ninth to beat the Salem Red Sox 3-2 at Frawley Stadium. The victory extended the Carolina League Northern Division Championship Series as Wilmington pulled to within 2-1 in the best-of-five series. Brewer Hicklen's safety-squeeze single earned the Blue Crew a dramatic walk-off win.

Trailing 2-1, Cristian Perez opened the bottom of the ninth with a single to right. Michael Gigliotti's hustle then turned a sacrifice attempt into a bunt-single. Kyle Kasser followed with a perfectly placed sacrifice bunt to put runners at second and third with only one out. Salem made a pitching change, replacing Dominic LoBrutto with Andrew Schwabb, who promptly uncorked a wild pitch, allowing Perez to score the tying run. He then hit Kyle Isbel with a pitch before Hicklen laid down yet another bunt that sent the fans home happy and kept Wilmington's season alive.

It was quite the turnaround for the Rocks, who looked dead and buried after a frustrating early part of the night.

With the game tied 1-1 in the top of the eighth, Wilmington reliever Collin Snider entered the game and the Red Sox nickel and dimed their way to the go-ahead run. Tyler Esplin got things started with a one-out single to center. Tanner Nishioka then blooped a single into right, on which Esplin hustled from first to third. That allowed him to come home on Snider's wild pitch.

It was Salem's second lead of the night. The Red Sox went ahead in the fourth thanks to the only two hits they managed against Blue Crew starter Kris Bubic. The lefty yielded a bunt-single to Ryan Fitzgerald, who came around to score on Devlin Granberg's subsequent double to left.

Despite 11 strikeouts, no walks and six one-two-three frames in seven innings pitched, Bubic had to settle for a no-decision because the Blue Rocks offense simply could not buy a clutch hit early.

They stranded a two-out double from MJ Melendez in the second and then let an even better scoring opportunity go by the wayside in the third. Gigliotti opened the frame with a walk, which was followed by a bunt-hit from Ricky Aracena and an infield-single off the bat of Isbel. With the bases loaded and nobody out Drew Politi did his best Houdini impersonation, wiggling his way out of trouble by whiffing Hicklen and getting consecutive pop outs from Tyler Hill and Nick Pratto.

Dennicher Carrasco jumpstarted another Wilmington threat in the fourth when he poked a lead-off double to left. Unfortunately for the home team, Carrasco was still stuck at second three outs later.

That ended Politi's night, but the Rocks kept scrapping to draw even against his replacement, Dylan Thompson. The righty walked the first batter he faced to open the fifth, but then got Hicklen to line into an inning-ending double play. The Blue Crew put two on with only one down in sixth before Thompson induced a 6-4-3 double play off the bat of Melendez.

Finally, Wilmington broke through in the seventh. Gigliotti worked a one-out walk, which sent Salem deeper into its bullpen. LoBrutto entered and allowed a Kasser grounder that advanced Gigliotti to second base. Isbel got him in with a two-out single to center that tied the game.

Wilmington looks to even the series in Game Four on Saturday at Frawley Stadium. Southpaw Austin Cox hits the hill for the Blue Crew while Salem has yet to name its starter. First pitch is slated for 6:05 p.m. and tickets are available at BlueRocks.com. Fans that don't make it to the ballpark can catch all of the action with the Voice of the Blue Rocks, Cory Nidoh, on 89.7 WGLS-FM.