Wilmington Wins a Wild One to Force Decisive Game Five 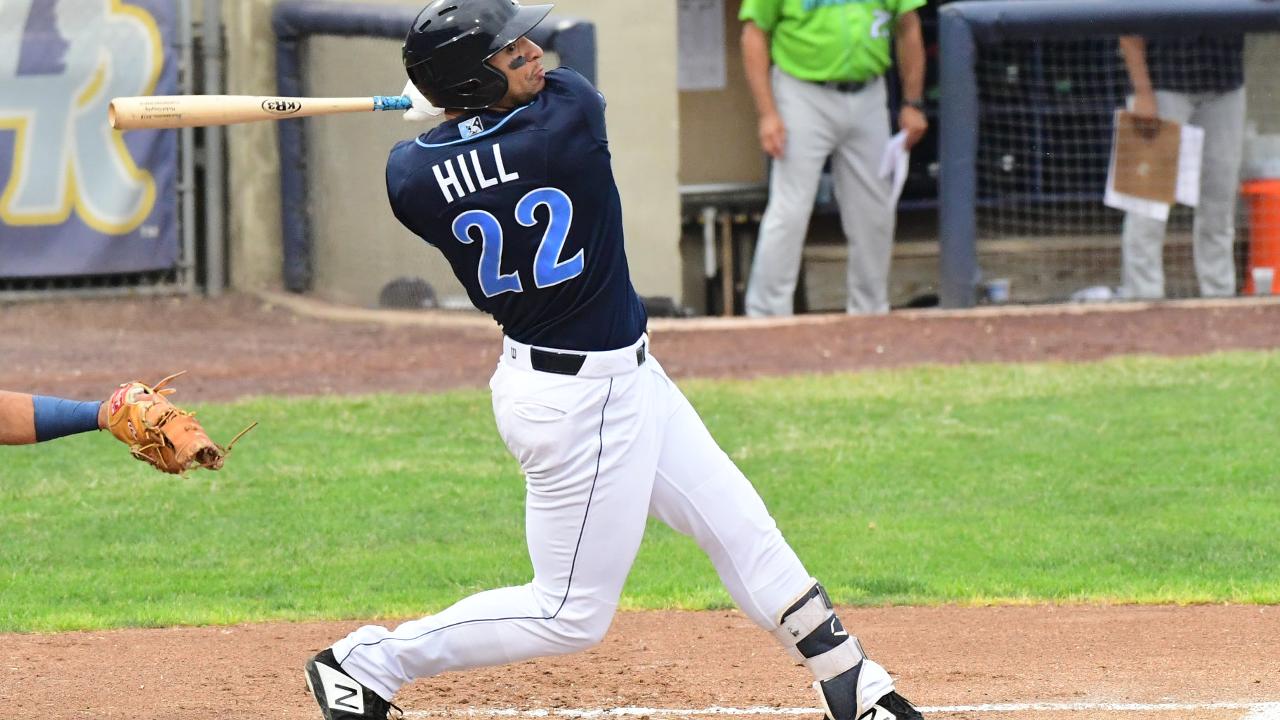 Wilmington, DE - For the second time in as many nights the Wilmington Blue Rocks used a walk-off win to prevent their season from coming to an end, as the Blue Crew beat the Salem Red Sox 5-4 in 10 innings on Saturday at Frawley Stadium. The victory extended the Carolina League Northern Division Championship Series to a decisive Game Five, as Wilmington pulled even in the best-of-five set. Delaware native Tyler Hill was the hero, as he beat his former team with an RBI-single in extras.

The Rocks started the bottom of the 10th with a runner at second base per Minor League Baseball rules. Ricky Aracena quickly moved to third when Nick Pratto reached on a sacrifice bunt. Hill then got the chance to send the fans home happy, as the local product sent a 1-1 pitch into left for the game-winning hit.

It was a fittingly exciting close to an absolute roller coaster of a ride over the contest's final three innings.

Salem broke up a pitchers' duel by manufacturing the game's first run in the top of the eighth. Rocks reliever Josh Dye plunked Ryan Fitzgerald with a one-out pitch and then Victor Acosta snuck a seeing-eye single into right that put runners at first and third with two outs. Dye then uncorked a wild pitch which allowed Fitzgerald to score.

Kyle Isbel jumpstarted a rally with a lead-off single to center in the home-half of the frame. Brewer Hicklen wasted little time tying the game by launching an RBI-double to left three pitches later. That sent Salem back to the bullpen, as Joan Martinez was replaced by fellow reliever Yoan Aybar. The lefty struck out Dennicher Carrasco, but then Pratto gave Wilmington its first lead on an RBI-single to right. Hill put two in scoring position with a double to left and then MJ Melendez put the punctuation mark on the Blue Crew's big inning with a two-run double to right.

Salem provided some comeback magic of its own in the ninth against Blue Crew closer Tad Ratliff. The Red Sox scored three times to get the game into extra innings. Tyler Esplin roped a one-out double while Tanner Nishioka followed with a single that put runners at first and third and brought the potential tying-run to the plate. Jerry Downs grounded out, which drew Salem to within two runs, but put Wilmington one out away from a win. That out came too late to win it in regulation though, as Grant Williams and Garrett Benge produced back-to-back doubles to tie the game.

Both starting pitchers were magnificent. Wilmington lefty Austin Cox held Salem scoreless over six innings, scattering seven hits while fanning eight and walking none. He left six Red Sox on base and held the Salem offense without a knock in four tries with runners in scoring position.

Unfortunately for the home team Jhonathan Diaz matched Cox pitch for pitch. The southpaw also posted six goose eggs, stranding six and holding Wilmington hitless in four at bats with runners at second and/or third base. Diaz whiffed eight and worked his around three free passes.

Wilmington looks to advance to the Mills Cup Championship Series for the first time in four years on Sunday at Frawley Stadium in Game Five. Southpaw Rito Lugo hits the hill for the Blue Crew while Salem has yet to name its starter. First pitch is slated for 1:35 p.m. and tickets are available at BlueRocks.com. Fans that don't make it to the ballpark can catch all of the action with the Voice of the Blue Rocks, Cory Nidoh, on 89.7 WGLS-FM.