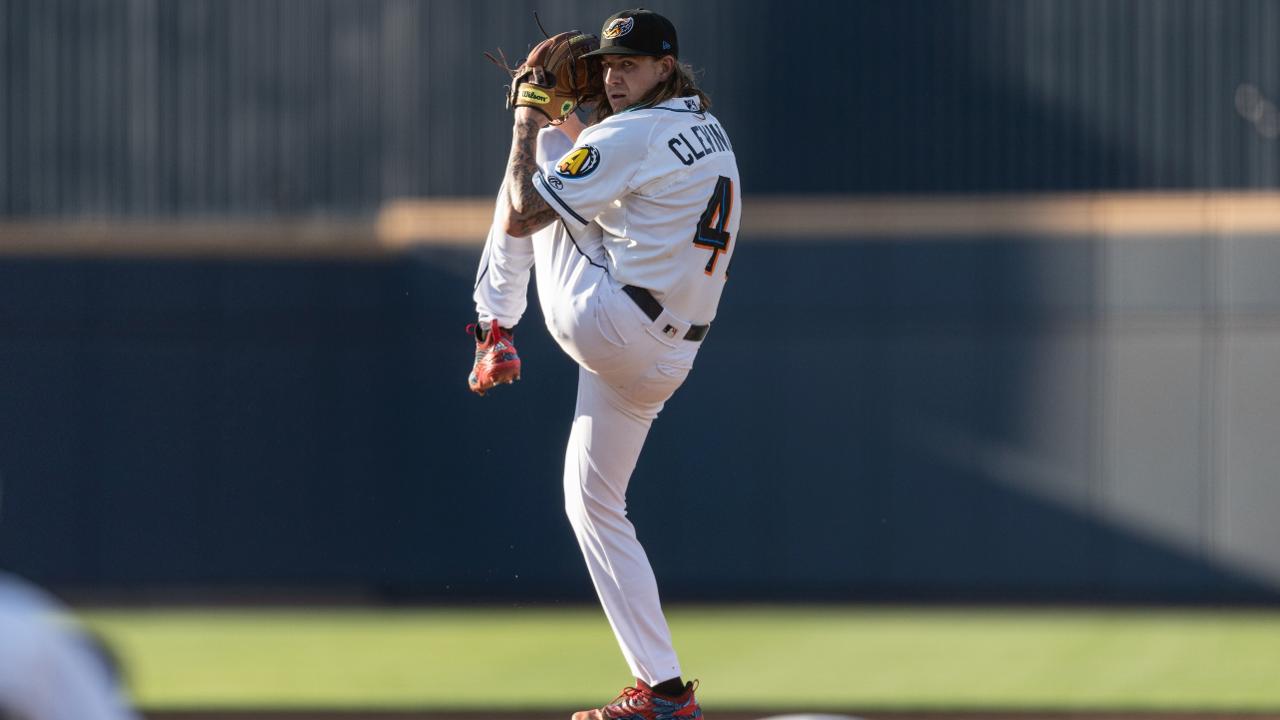 Mike Clevinger pitched 5.1 scoreless innings in a rehab appearance to lead Akron to a 2-0 win over Hartford. (David Monseur)

A terrific outing from Mike Clevinger on a rehab assignment helped the Akron RubberDucks to a 2-0 win over the visiting Hartford Yard Goats Tuesday at Canal Park.

With both teams still locked in a scoreless pitcher's duel in the seventh, Ka'ai Tom broke the tie with a leadoff solo shot off the batter's eye in center field. This would give Akron the lead for good as the RubberDucks pitching staff kept Hartford off the board all game.

Indians pitcher Mike Clevinger got the start for the RubberDucks in a rehab appearance and threw 5.1 innings of shutout ball. After setting the side down in order in the first, an error and a single gave the Yard Goats two baserunners in the second, but Clevinger worked out of it with a fielder's choice and flyout. From there, he only allowed a pair of hits in the fifth inning before being replaced by Jake Paulson with one out in the sixth. Clevinger struck out five and walked none in his 67-pitch outing. Paulson continued where Clevinger left off, closing out the game with 3.2 scoreless innings and picked up the win.

Hartford starter Jack Wynkoop matched Clevinger for much of the game as the Ducks were unable to generate much offense. Akron's lone hits in the first six innings came from a Connor Marabell single in the second and an Ernie Clement double in the fourth, but neither resulted in runs. The 0-0 deadlock was finally broken in the seventh as Ka'ai Tom crushed a solo homer to center field. The RubberDucks added an insurance run in the eighth after a leadoff walk from Tyler Friis came around to score on an error.

Ka'ai Tom's seventh-inning solo shot was his team-leading 11th of the season; he now sits fifth in the Eastern League home run leaderboard … Nine of Tom's roundtrippers have come in a one-month span going back to May 11th … This marked Akron's seventh shutout of the season … Time of Game: 2:13 … Attendance: 5,138

The RubberDucks and Yard Goats will meet again in the second game of the series Wednesday at 7:05 at Canal Park. The game will be broadcast on Fox Sports 1350 AM, the WARF iHeartRadio channel, and the TuneIn Radio App, and available on MiLB.TV. Sam Hentges (1-7, 4.35) will take the mound for Akron against Hartford's Brandon Gold (6-3, 3.63).