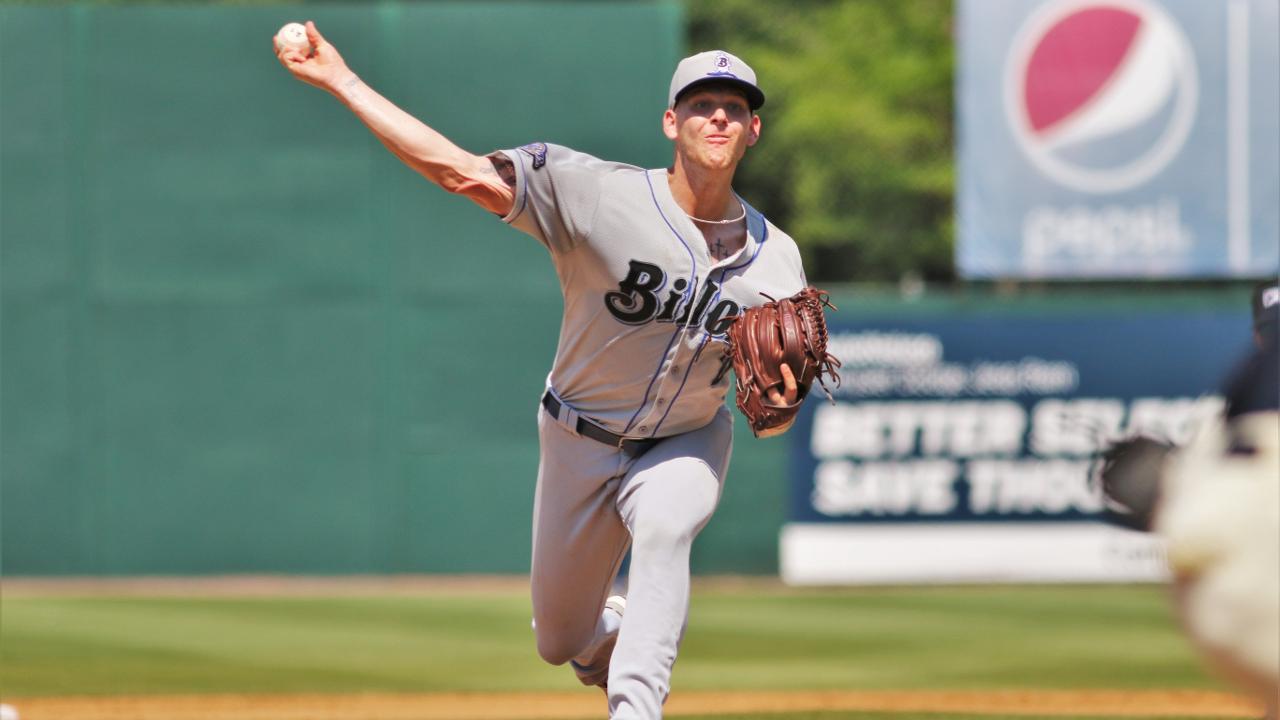 PEARL, MS - The Biloxi Shuckers (51-39, 10-10 2nd half) wrapped up their regular-season slate at Trustmark Park on Tuesday with a 7-4 loss to the Mississippi Braves (41-48, 8-12 2nd half). The contest remained close until the seventh when the M-Braves jumped in front with a two-out rally to hand Biloxi their first deficit of the day.

Tied 3-3 in the seventh, Cody Ponce (L, 1-2) retired the first two batters of the inning before Ender Inciarte singled to extend the frame. Inciarte would steal second before Drew Waters singled and put runners on the corners for Tyler Neslony. The M-Braves right fielder continued the two-out hit parade with a two-run single into left center to jump to a 5-3 lead. Ryan Casteel provided the fourth straight hit with a single to center, scoring Neslony and running the score to 6-3.

The M-Braves added one more run in the eighth against Tyler Spurlin before Bruce Caldwell doubled home the final Biloxi run of the game in the ninth to cap the score at 7-4.

Biloxi made Kyle Muller labor in the early part of his start and plated two runs against the left-hander in the first inning. Caldwell walked with one out and Patrick Leonard singled to put two on for Weston Wilson. Wilson ripped a single into left field, scoring both runners to give Bowden Francis an early 2-0 advantage before stepping to the mound.

Francis allowed just two hits his first time through the order but was tagged for a two-run home run by Neslony in the third to tie the game 2-2. Nesonly finished the day 2-for-4 at the plate and drove in four of the M-Braves seven runs. In the fifth, C.J. Hinojosa gave the Shuckers their second lead of the game against Muller with a single into center scoring Leonard. Alejandro Salazar quickly responded in the bottom of the inning with a leadoff single off Francis and scored on a Waters sacrifice fly that tied things at three.

Francis delivered a quality start on the day, with three earned runs and three strikeouts over six innings, however both starting pitchers settled with no-decisions. Jason Hursh (W, 2-2) was the beneficiary of the M-Braves three-run seventh, working two scoreless innings out of the bullpen to earn his second win.

The Shuckers will enjoy an off day on Wednesday and return to action Thursday at MGM Park for the start of a six-game series hosting the Chattanooga Lookouts. The Shuckers will throw RHP Drew Rasmussen (1-2, 4.42) and the Lookouts with send RHP Tony Santillan (2-6, 5.16) to the mound with first pitch scheduled for 6:35 pm. It's Margaritaville Night along with Double Play Thursday and fans can enjoy $5 margaritas and $5 Cheeseburgers in paradise. $2 hot dogs, sodas, $2 Yuenglings $2 Coca-Cola products and $3 draft beer specials will also be available throughout the night. The game can be heard locally in Biloxi on Cruisin' WGCM AM 1240/100.9 FM, TuneIn Radio or the MiLB First Pitch App and can be seen on MiLB.TV. Fans can save $10 off their subscription when they use the promo code 'Shuckers' at checkout.