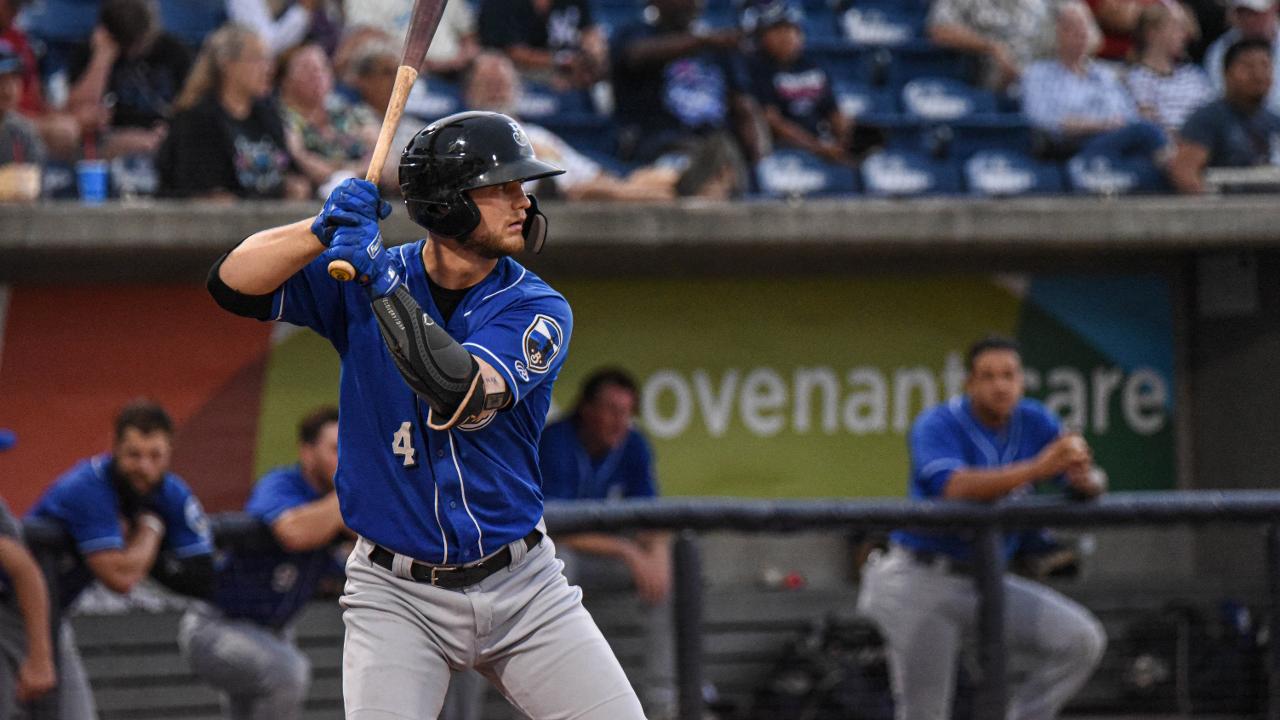 The Biloxi Shuckers (45-34, 4-5 2nd half) carried a 3-3 tie into the eighth inning on Friday night at Blue Wahoos Stadium before a two-run double gave the Pensacola Blue Wahoos (42-37, 4-5 2nd half) a 5-3 win to even the five-game series. Catcher Brian Navarreto drove in four of the five Pensacola runs on the night and sparked a pair of multi-run innings.

While knotted at three, Daniel Brown entered from the bullpen at the start of the seventh and retired four in a row before turning the ball over to Marcos Diplan with one out in the eighth. Diplan (L,1-4) worked Jimmy Kerrigan for a fly out but then gave up a pair of two-out walks to Joe Cronin and Aaron Whitefield. Navarreto faced a two-strike count and ripped a two-run double past the reach of third and into the left-field corner. Cronin and Whitefield both scored to make it a 5-3 game and give Navarreto four RBI on the night.

Reliever Sam Clay (W,1-2) entered from the Pensacola bullpen in the eighth and tossed two perfect innings. Cooper Hummel, Weston Wilson and Joantgel Segovia were retired in order in the ninth to give Clay his first Southern League win. =

Both offenses traded blows in the early going with the Blue Wahoos jumping in front first with a three-run second inning against Trey Supak. Travis Blankenhorn led off the inning with a solo home run, his 14th of the season, to give Pensacola a 1-0 lead. Supak recorded a pair of outs but was then tagged for a double by Aaron Whitefield and a two-run home run in the next at bat by Navarreto. The big fly marked the second outing in a row with multiple home runs allowed by Supak. Biloxi's right-hander completed six innings and did not allow a run the rest of the way, striking out three without factoring into the decision.

The Shuckers rallied right back in the top of the third with a three-run inning of their own. Max McDowell drilled a leadoff single off the leg of Jorge Alcala to open the inning and Luis Aviles Jr. walked in the following at bat. Alcala advanced both runners into scoring position with a wild pitch and then uncorked a second ball to the backstop to score both runs, including Aviles from second. Jake Gatewood tied the game at three with a single off Alcala scoring C.J. Hinojosa before the Pensacola starter departed the game with the training staff. Adam Bray came in behind the starter and tossed 4.1 shutout innings to help hold the Shuckers off the board the rest of the way.

The Shuckers conclude their series with the Pensacola Blue Wahoos on Saturday at 6:05 pm. The Shuckers will send RHP Bowden Francis (4-5, 4.29) to the mound and the Blue Wahoos will throw RHP Griffin Jax (2-2, 1.69). The game can be heard locally in Biloxi on Cruisin' WGCM AM 1240/100.9 FM, TuneIn Radio or the MiLB First Pitch App and can be seen on MiLB.TV. Fans can save $10 off their subscription when they use the promo code 'Shuckers' at checkout.

Half-Season Shuck Nation Memberships, Flex Plans and Group Outings for the 2019 Biloxi Shuckers season are on sale now and are available for purchase by calling 228-233-3465, online at biloxishuckers.com or by visiting the MGM Park front office.