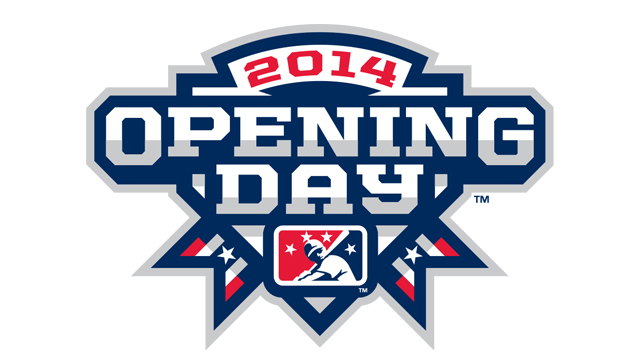 (Uptown Charlotte, NC) - The Charlotte Knights officially return home to Uptown Charlotte on Friday, April 11th and open BB&T Ballpark for the team's much anticipated Opening Knight game against the Norfolk Tides. The team's home opener - the first in Charlotte since the 1988 season - is sure to feature something for the entire family.

As the Knights return home, the entire day is set to be a celebration like no other. Beginning at noon in Romare Bearden Park, the Knights will throw a party, and everyone is invited! Fans interested in celebrating with the Knights are encouraged to come out to Romare Bearden Park just before noon as the Carolina Panthers PURRcussion will get things started at 11:55 AM.

As part of the day's festivities, fans will have a chance to meet the 2014 Charlotte Knights as they take part in an exclusive 30-minute autograph session starting at 12:30 PM.

12:30 PM
Festivities will begin with food trucks, a beer Garden, live music by Mo'Money, Coconut Groove, 20 Ride (a Zac Brown Tribute Band), jugglers, a well-known caricature artist, Renaissance Festival characters, a stilt walker, interactive games and activities such as "Batter Up" and "Speed Pitch" and kids projects by the Harvey B. Gantt Center and Discovery Place. Later in the day, there will be balloon artists, face painters, a magician, and a special "surprise" performance. The Budweiser Clydesdales will also be on hand for photo opportunities.

5:00 PM
Gates to BB&T Ballpark will open to those with tickets at 5:00 PM. Activities will continue inside the ballpark along with a pre-game lineup of speakers and performances. For those in the community that do not have tickets, activities will also continue in Romare Bearden Park and the game will be featured on the external videoboard facing the park for all to see!

7:05 PM
The first pitch in Uptown Charlotte baseballl history is set for 7:05 PM. Charlotte Knights legend Jim Thome will throw out a ceremonial first pitch! The Knights will host the Norfolk Tides in game one of a four-game series. RHP Dylan Axelrod -- who owns the lowest career ERA in Knights franchise history (2.56) -- will start for the Knights.

There will be a fireworks display at the conclusion of the game.