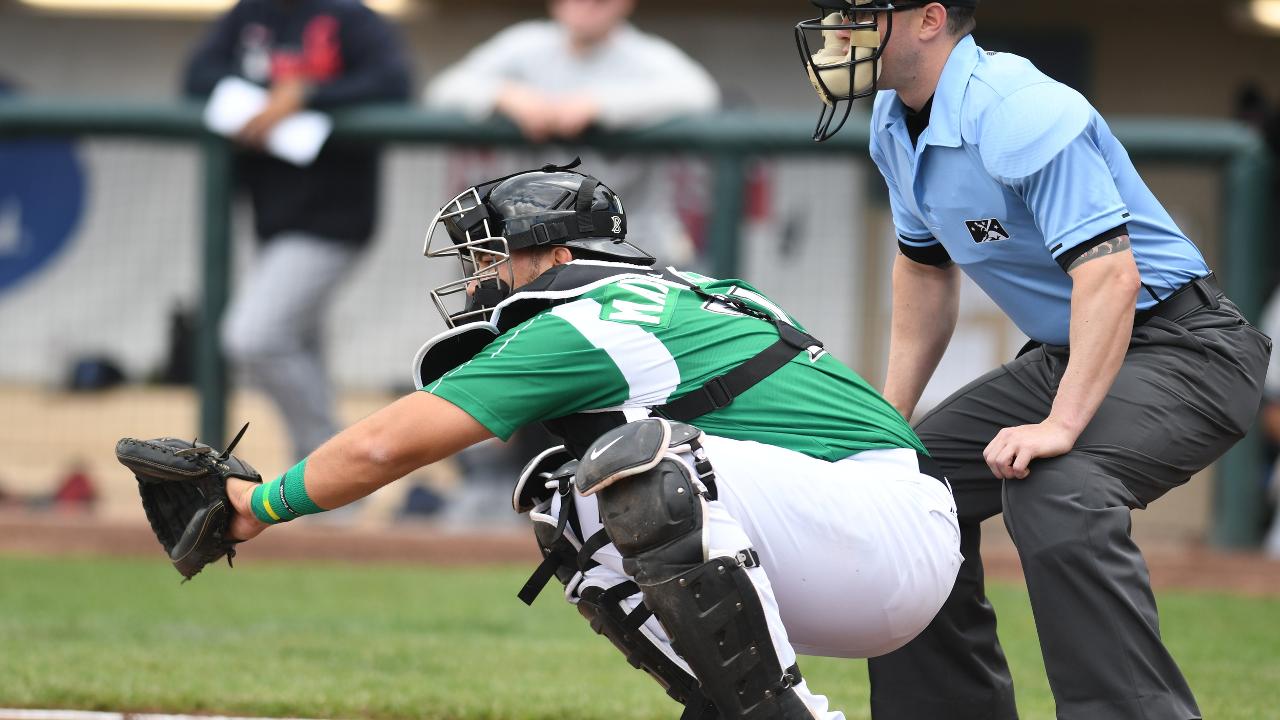 Midland, Mich.-Pabel Manzanero blasted a home run and four Dayton pitchers combined to allow only three hits as the Dragons defeated the Great Lakes Loons 4-3 on Tuesday night. The win snapped the Dragons four-game losing streak and evened the series with the Loons at one win apiece heading into Wednesday morning's series finale.

The Dragons bullpen enjoyed a strong night, combining to work four and two-thirds innings and allowing just one hit and one run. The Dragons saw a two-run lead cut to one with one out in the sixth inning, but their bullpen shutout the Loons the rest of the night.

The Dragons got off to a 1-0 lead in the first inning. Michael Siani opened the game with a walk and Juan Martinez drew a base on balls as well. Mariel Bautista's fly out to center field moved Siani to third, and he scored on Manzanero's sacrifice fly to deep right.

The Dragons added another run in the second when Shard Munroe doubled to left to start the inning, went to third base on a wild pitch, and scored on a ground out by Jonathan Willems to make it 2-0. Great Lakes scored two runs in the bottom of the second to tie the game.

The Dragons regained the lead in the third inning on a solo home run by Manzanero, his fifth homer of the year and his first since his three-homer game on April 23rd at Lake County, to make it 3-2. The Dragons added another run in the sixth. They loaded the bases with one out on back-to-back walks and an infield single by Siani before Carlos Rivero delivered a sacrifice fly to make it 4-2. Great Lakes got a solo home run from Jair Camargo with one out in the sixth, but they did not collect another hit the rest of the night.

Dragons starting pitcher Ricky Salinas worked the first four and one-third innings, allowing two unearned runs on two hits with two walks and four strikeouts. Matt Pidich replaced Salinas with one out in the fifth and tossed one and two-thirds innings, allowing one run on one hit. Eddy Demurias (1-0) earned the win, going two scoreless innings.

Jerry D'Andrea notched the save for Dayton by pitching the ninth inning. He issued a lead-off walk before getting a double play ball to clear the bases. He issued another walk but then struck out Leonel Valera to end the game.

The Dragons scored runs in each of the first three innings of the game. It was the first time they scored in three consecutive innings since April 24 at Lake County.

The Dragons went 1 for 14 with runners in scoring position, but Dayton hitters struck out only five times in the game, a marked improvement. The Dragons drove in three runs with productive outs including two sacrifice flies and a run-scoring ground out.

Jay Schuyler was 3 for 5 for the Dragons to end a 0 for 21 dry spell. Manzanero had a home run, double, sacrifice fly, and two runs batted in, going 2 for 4.

The Dragons turned three double plays on infield ground balls, a key factor in the victory.

Notes:  Before the game on Tuesday, the Dragons activated Siani from the injured list. To make room on the roster, infielder Dylan Harris was assigned to the Billings club.

On the Air:  All Dragons games are broadcast on radio on Fox Sports 980 WONE AM. Games can be heard on smart phones, iPads, and other mobile devices via the free Dragons Mobile App, or on a computer at wone.com. Games are also available on HD Radio on 104.7 WTUI HD 2.   All Saturday and Sunday home games are televised on Dayton's CW (channel 26; Spectrum cable channels 13 and 1013).