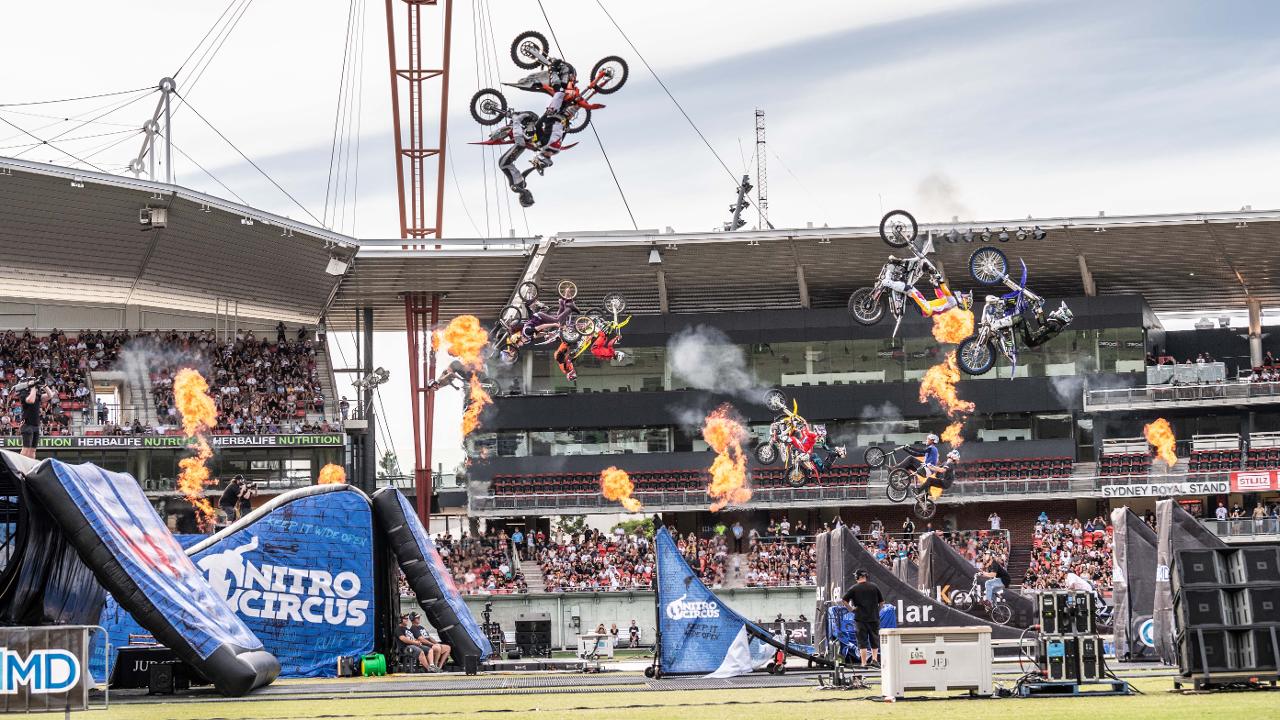 Nitro Circus - You Got This [Sydney] (Mark Watson)

Dayton, OH - With excitement revving up following the announcement of Nitro Circus' explosive 'You Got This' tour, more details about the action sports spectacular are being released, including the first athletes set to perform in the adrenaline-charged show.

'You Got This' will feature a highly decorated roster of top international athletes who together hold over 25 X Games medals combined. Leading the charge is the multi-talented Ryan Williams , who earlier this year completed an unprecedented X Games trifecta after taking three consecutive BMX Big Air golds, the first athlete ever to do so. Williams also has redefined the sport of freestyle scooter (as detailed in this Rolling Stone article), and Nitro Circus ringleader Travis Pastrana considers him, "Hands down, the best action sports athlete alive today."

Jarryd McNeil has achieved a similar pinnacle in freestyle motocross: a 15-time X Games medalist, he is the first rider to score four straight wins in a single discipline. Eight -time X Games medalist Adam Jones  has also blazed his own trail in FMX, while accomplished female athlete Vicki Golden -- a four-time X Games medalist in her own right -- is looking forward to giving the boys in the crew a run for their money. Adding even more expert skill to the FMX lineup is veteran whip master Beau Bamburg.

Elite BMX rider Kurtis Downs has earned podium spots at both Nitro World Games and X Games. Professional skateboarder Beaver Fleming has traveled the world as part of Nitro Circus and has several world's firsts on his resume. Look for more details regarding the "You Got This" athlete roster to come.

Nitro Circus 'You Got This' has traveled the globe, delivering heart-pumping excitement from Australia to North America, and the only way to truly experience it is live. Witness Nitro's thrill-loving daredevils brave the world's largest jumps - including the world-renowned Giganta ramp, one of the largest action sports ramps in the world -- as they launch close to five stories into the air. Be there live when they attempt the craziest stunts imaginable on contraptions you never imagine could fly! With no roof there are no limits. These real-life action heroes are sure to inspire fans of all ages as they push the limits with record-breaking attempts every night. This is the show of the year you cannot miss! Need a taste? Click here.

The appearance on May 15 will mark the first-ever performance in Dayton for Nitro Circus.

Be there to witness all of the action live! Ticket sales begin on Friday, December 6th at 10:00 AM EST.  Tickets can be purchased through the following outlets:

"We are pleased to be able to bring this exciting tour to the Miami Valley," said Robert Murphy, Dragons President and General Manager. "Throughout our 20-year history, we have enjoyed the opportunity to bring many popular events to the ballpark, hosting a variety of entertainment formats. We have held major concerts, professional boxing, and many community celebrations and productions, some of which have become annual features. We are very excited to host Nitro Circus for the first time in Dayton and we know this will be a thrilling show."