Lowe, Wong & Brosseau among those honored 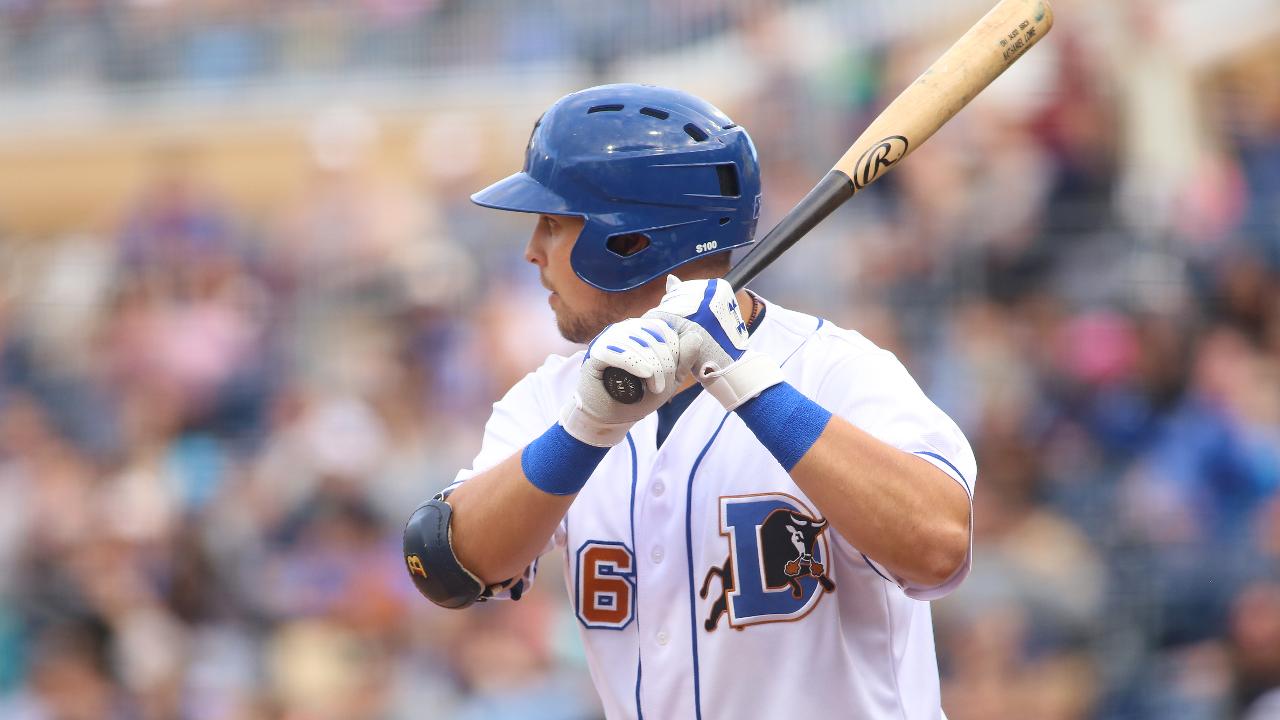 2019 Mid-Season and Post-Season All-Star Nate Lowe was one of six Bulls players honored as MiLB.com Organization All-Stars on Friday.

Brosseau split the 2019 campaign between Durham and Tampa Bay, playing in 73 contests with the Bulls, accruing a .304 mark (82-270) with 53 runs, 21 doubles, one triple, 16 homers and 60 RBI. It is the second time he has earned MiLB.com Organization All-Star honors after receiving the same nod following the 2017 season.

The 29-year-old was originally selected by the Seattle Mariners in the 4th round of the 2008 MLB Fraft out of Ferris High School in Spokane, Washington prior to being acquired by the Rays as part of a five-player November 18, 2016 trade that sent infielders Richie Shaffer and Taylor Motter to Seattle. He owns a 4-3 record and 5.14 ERA (59 ER/103.1 IP) with 102 strikeouts in 85 career Major League outings (ten starts) with the Rays.

Mastrobuoni spent a large majority of 2019 with Double-A Montgomery, though he appeared in four contests with the Bulls. With the Biscuits he accumulated a .299 average (114-381) with 57 runs, ten homers, six triples, four homers and 34 RBI en route to being named the Southern League's Best Utility Player, as well as a Mid-Season and Post-Season All-Star. He collected one hit in 11 at-bats in his four games with Durham, adding a base on balls.

In his first full season at the professional level, Plassmeyer appeared in three different levels of the Rays minor league system, including one game with the Bulls, which featured a perfect inning of relief with one strikeout. Between Durham, Low-A Bowling Green and High-A Charlotte, the southpaw combined for a 9-3 mark and 1.91 ERA (28 ER/132.0 IP) along with 109 strikeouts and a 1.01 WHIP.

The 23-year-old was originally selected by Seattle in the fourth round of the 2018 MLB Draft out of the University of Missouri. Plassmeyer was acquired by the Rays as part of a five-player trade on November 8, 2018 along with catcher Mike Zunino and outfielder Guillermo Heredia in exchange for outfielder Mallex Smith and Jake Fraley .

In addition to those six names, right-hander Phoenix Sanders was also recognized as an Honorable Mention selection by MiLB.com. In 45 combined appearances between Durham and Double-A Montgomery he tallied a 4-3 record and 1.92 ERA (13 ER/61.0 IP) along with 68 strikeouts. In eight outings with the Bulls he compiled a 1-0 mark and 2.38 ERA (3 ER/11.1 IP) with 11 punchouts.

The full list of MiLB.com's 2019 Tampa Bay Rays Organization All-Stars, which also includes the top prospect in baseball Wander Franco , can be viewed by clicking here.