Karns Fans Nine; Durham Moves To 6-0 Away From DBAP 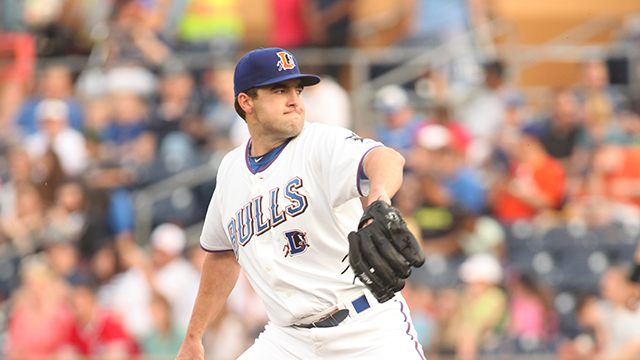 Karns (W, 2-1) struck out nine for the second time this season and didn't allow a baserunner past first all night in earning his second straight victory.

The Bulls (12-4) took a 1-0 lead in the third against South Korena RH Suk-Min Yoon when Mike Fontenot homered to right.

Durham would add two unearned runs later in the game to separate from the last place Tides (4-11). With two outs in the fourth, Jerry Sands scored from first base when right fielder Henry Urrutia booted a single by Ali Solis. Sands was advancing to third on the hit, but was waved home when Urrutia had to chase his error 15 feet behind him.

In the seventh, Kevin Kiermaier reached on a rushed throw from shortstop Ivan DeJesus to start the inning. A passed ball advanced Kiermaier to second before a steal took him to third. One pitch later, Wilson Betemit lifted a sacrifice fly to center to bring Kiermaier home for a 3-0 lead.

Karns turned the lead over to Adam Liberatore and Jeff Beliveau (S, 1), who closed out the game with uneventful innings.

Bulls pitchers, who lead the IL with 170 strikeouts, fanned 13 Tides on Friday and have struck out double-digit battes in 10 of 16 games this season.

With the victory, Durham's ninth in 10 games, the Bulls moved three games ahead of second place Gwinnett in the South. The Braves were rained out in Charlotte.