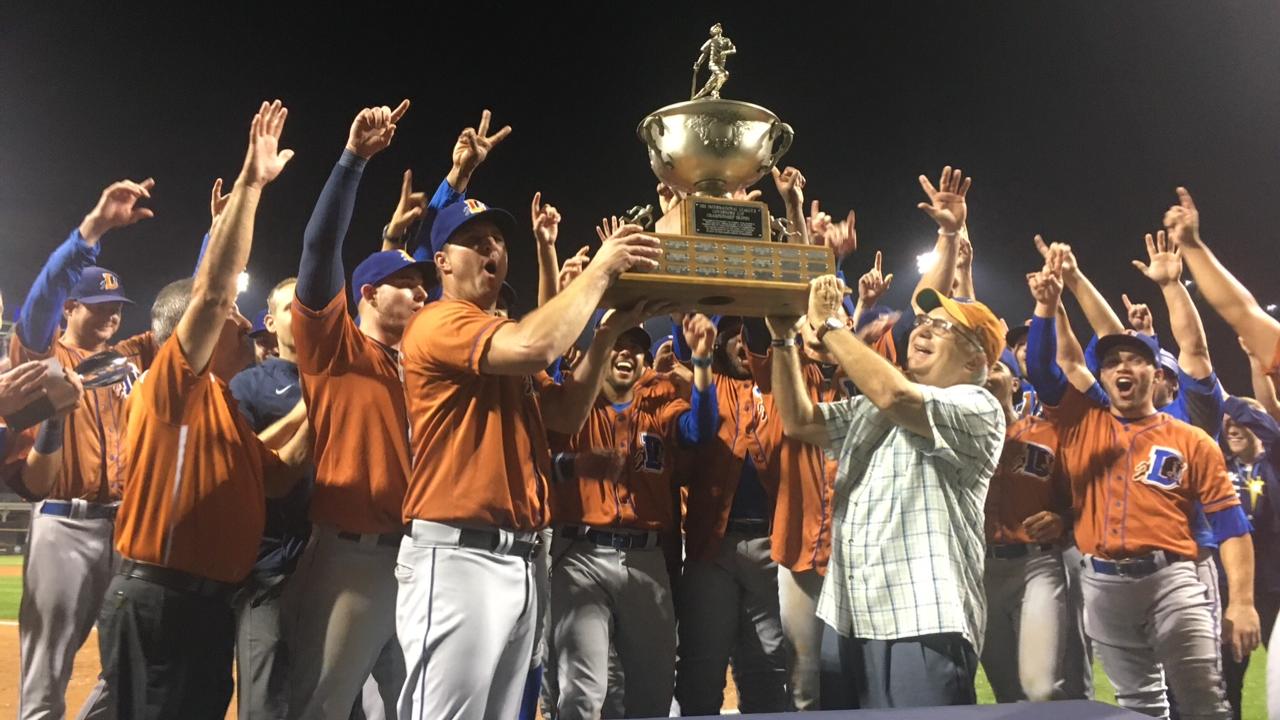 MOOSIC, P.A. - The Durham Bulls won the 2017 International League Governors' Cup Friday night, as they jumped out to a early lead and held on late for a 6-4 win over the Scranton/Wilkes-Barre RailRiders at PNC Field.

The Governors' Cup is the fifth in the 20-year history of the Bulls in the I.L., and their first since 2013. The Bulls will now play the winner of the Pacific Coast League Championship in the one game, winner-take-all Gildan Triple-A National Championship Game on Tuesday, September 19th in Scranton/Wilkes-Barre.

The Bulls fell behind early in the game, as the RailRiders took a 1-0 lead on an RBI single by Miguel Andujar in the third inning. The deficit proved to be short lived however, as Durham bounced back for three tallies the next half inning. One-out singles by Willy Adames and Jake Bauers put two men aboard before Patrick Leonard walked to load the bases. One out later, Daniel Robertson lined a two-RBI single to right that also saw Leonard score on an error by RailRiders' catcher Kyle Higashioka for a 3-1 Bulls' lead.

Durham extended their advantage over the next two frames, with an RBI double by Adames in the fifth and a two-run home run from Robertson in the sixth pushing the road team's lead to 6-1. Scranton/WB began to creep back in the game from there, using an RBI groundout by Jake Cave in the bottom of the sixth, and a bases loaded, RBI walk from Higashioka in the seventh to cut the score to 6-3.

The RailRiders then made it a two-run game in the eighth when a throwing error by Robertson at third base allowed a run to score and put runners on the corners with two outs. Reliever Diego Castillo was able to get the Bulls out of the jam and finish off the game however, as he recorded the final five outs to complete the 6-4 Durham victory.

Reliever Hunter Woods (1-0) earned the win after recording a single out, while Castillo (1) picked up the save with 1.2 perfect innings out of the bullpen with two strikeouts.

Robertson paced the Bulls' bats with a perfect 3-3 game including a homer and four RBI, while Kean Wong finished 3-5 with two doubles and a run scored.

Jake Bauers was named the Governors' Cup MVP after going 1-5 Friday night to finish the Finals with a .412 average.