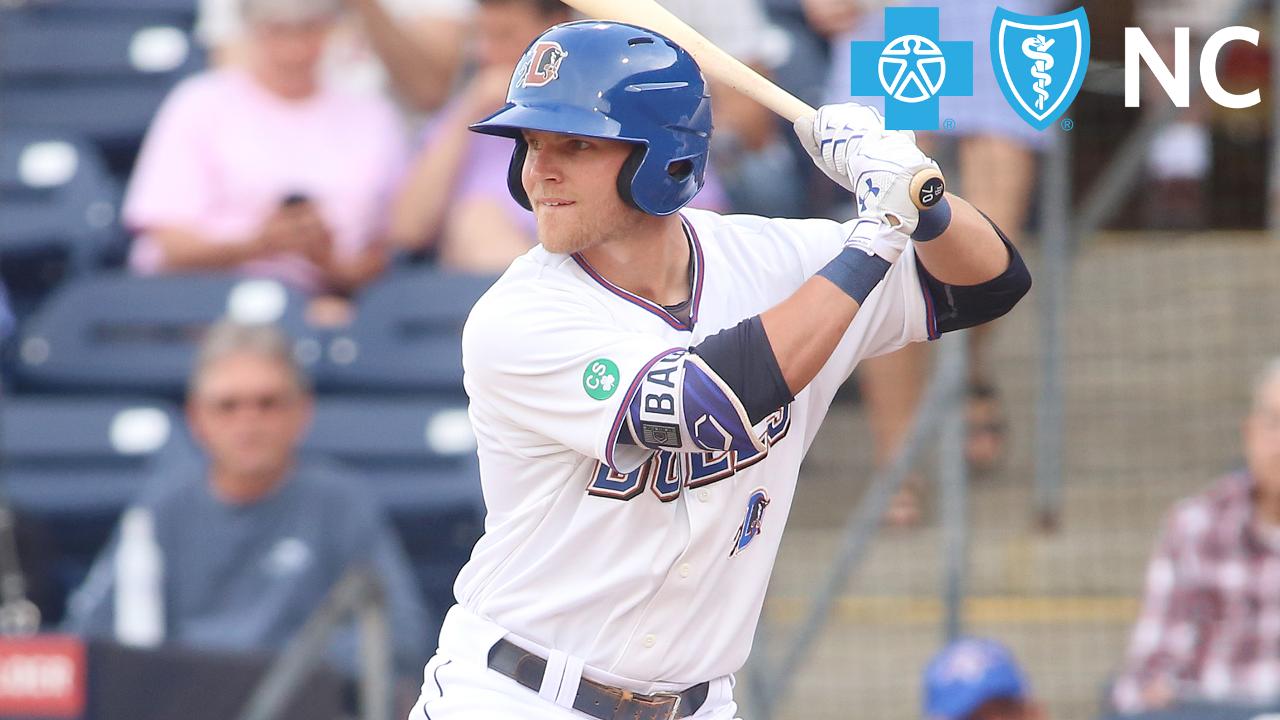 DURHAM, N.C. - The Durham Bulls' offense was held in check Wednesday night in the team's final game of the year at the DBAP, as the club was held to three hits in a 4-0 loss to the Scranton/Wilkes-Barre RailRiders that tied the Governors' Cup Finals at one game apiece.

A pitchers' duel between the Bulls' Yonny Chirinos and the RailRiders' Domingo German kept both offenses in check, but Scranton/WB was able to scrape together single runs in the first, seventh, eighth, and ninth innings for the 4-0 final score. Durham got runners into scoring position in the second, fourth, fifth, and ninth frames, but left the men stranded in all three opportunities resulting in the shutout.

One night after being shutout in the Bulls' 6-0, Game One victory, the RailRiders quickly jumped on the board in the first inning of Game Two with an infield, RBI single by Garrett Cooper to put the road team on top 1-0. Durham looked as if they had an answer in the second when Jake Bauers doubled off the Blue Monster in left to lead off the frame, but three straight groundouts induced by German left the runner at third when the inning ended.

Chirinos settled in as the game continued and retired the final nine batters he faced before exiting after five innings. Scranton/WB was able to stretch their lead against rehabbing major leaguer Xavier Cedeno in the seventh, using a double by Mark Payton and an RBI single from Donovan Solano to make the score 2-0. The RailRiders used a double by Cooper and a throwing error from Bulls' third baseman Daniel Robertson to score a run in the eighth, before an RBI base knock by Miguel Andujar in the ninth brought in the fourth and final tally.

Chirinos (1-1) took the loss for Durham after allowing one run on three hits, two walks, and one strikeout over five innings pitched. German (1-0) earned the win with no runs allowed on one hit, three walks, and eight strikeouts for his third shutout performance against the Bulls this year.

Bauers reached base three times with a pair of doubles and a walk as part of a 2-3 night to lead Durham's offense, with an infield single by Justin Williams accounting for the teams' other hit.