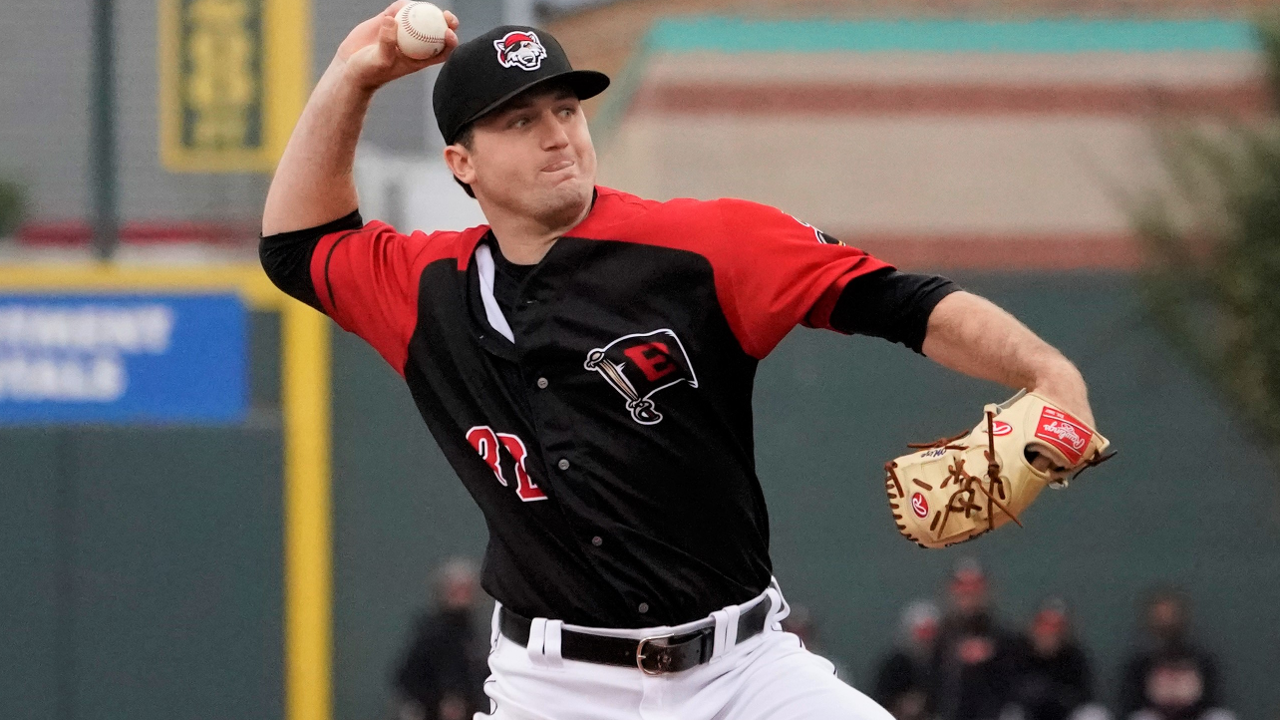 Erie broke a scoreless tie in the last of the fourth inning against RubberDucks starter Sam Hentges. Isaac Paredes doubled with one out to extend his hitting streak to seven consecutive games. Jose Azocar followed with a base hit to put runners on the corners. Azocar advanced to second on a flyout to put a pair in scoring position for Kade Scivicque. Scivicque singled to left, plating a pair of runs for a 2-0 lead.

The SeaWolves added a run in the fifth to go ahead 3-0. Luke Burch led off with a single and scored on a one-out Cole Peterson double.

The final Erie run came in the last of the eighth against Akron reliever Nick Sandlin. Scivicque and Kody Eaves connected on back-to-back one-out singles. Burch doubled to the wall in right-center, scoring Scivicque for a 4-0 lead.

Akron's lone run came in the top of the ninth against Erie reliever Will Vest when Alex Call hit a solo home run to left-center making it 4-1. Vest, who worked a 1-2-3 eighth, would retire three of the next four batters to end the game, recording his third save in four chances.

Erie starter Casey Mize (5-0) earned his third straight win. He tossed six scoreless innings, allowing six hits with a pair of walks and five strikeouts. Mize got into trouble early, allowing five baserunners in his first three innings of work, but worked out of every jam. In four of his six innings, the Ducks had a baserunner reach third and Mize was able to keep the opposition off the scoreboard.

Hentges (1-7) took the loss for the RubberDucks allowing three runs on six hits with a pair of walks and eight strikeouts in 5.1 innings.

Saturday, fans will enjoy post-game Zambelli fireworks set to the hits of Katy Perry thanks to UPMC Health Plan. It's also Strike Out Cancer Weekend. Players will don special cancer awareness jerseys that will be auctioned off with proceeds benefitting cancer support initiatives of the Hamot Health Foundation. Fans can bid on game-worn jerseys by downloading the LiveSource app. Cancer survivors are encouraged to stop by the UPMC table on the concourse for a complimentary "Strike Out Cancer" ribbon.