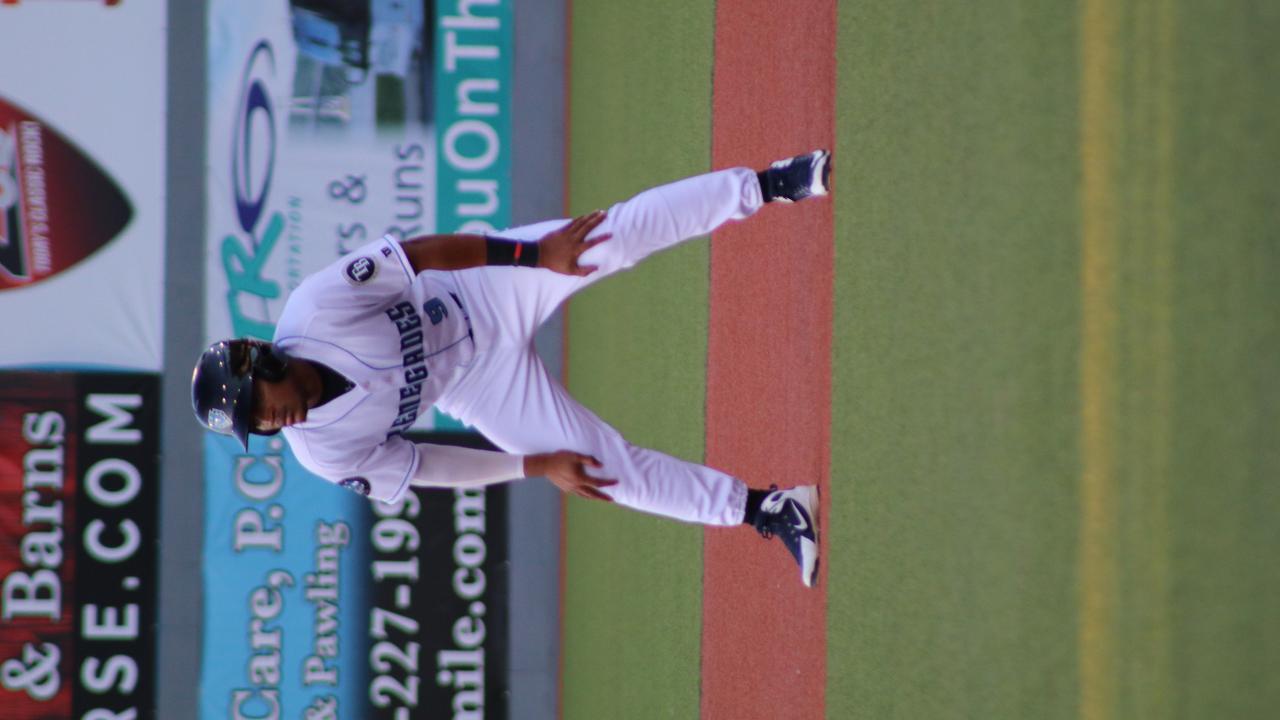 WAPPINGERS FALLS, NY-The Hudson Valley Renegades squandered a golden opportunity to clinch the McNamara Division title and best overall record in the New York-Penn League on the field, as they fell to the Aberdeen Ironbirds 1-0 Monday afternoon at Dutchess Stadium in front of 3,627 fans.

The game started as a scoreless pitchers' duel through the first three innings before the Ironbirds collected the lone run of the game. With two out and nobody on, designated hitter Andrew Daschbach belted his fourth homer of the year. It was a solo shot over the leftfield wall and gave Aberdeen a 1-0 lead.

Meanwhile, the Renegades offense was listless as they were held to four hits as several regulars rested. Hudson Valley left eight men on base, including three in scoring position, through the first five innings. In the second, a double by leftfielder Pedro Diaz and walk by shortstop Ben Troike put runners at first and second with one out before a fly out to right from Cristhian Pedroza and popup to short by third baseman Kevin Santiago ended the inning. In the third, catcher Luis Leon lined a double to right center and first baseman Jacson McGowan walked with two away before rightfielder Beau Brundage flew to right to thwart the rally. In the fourth, with two away, Hudson Valley got a double to left from Pedroza and a walk to Santiago before designated hitter Nick Sogard popped to third to end the threat.

Aberdeen got stellar pitching from four hurlers. Starter Jake Lyons struck out three and allowed three hits in four shutout innings. Reliever Jonathan Pendergast (1-0) got the win after firing three scoreless frames and allowing a hit. Setup man Shelton Perkins struck out two of three hitters he faced in the eighth, and closer Kade Strowd notched his third save with a 1-2-3 ninth inning along with a strikeout to end the game.

Taking the loss for Hudson Valley was reliever Shay Smiddy (2-1) after he allowed the solo homer to Daschbach in his lone inning of work with a strikeout.

The teams combined for seven hits; four of them for extra bases. The Renegades got three doubles and a single, while the Ironbirds collected two singles to go along with Daschbach's dinger.

Monday was the quickest game of the season for Hudson Valley as the contest was play in 2:05. Also, Sogard went 0-3 to see a 10game hitting streak come to a close.

Hudson Valley will have the day off tomorrow before beginning its best-of-three Semifinal Series on Wednesday. An opponent, location and start time has not been determined as of this writing. Please check all Renegades social media pages for further updates. Tickets for the playoffs are on sale and can be purchased online at hvrenegades.com, at the Dutchess Stadium ticket window, or by calling the ticket office at (845) 838-0094.