Rascal Willing to Step in to Fill Royal Family Void

Renegades mascot, Rascal announced his plans to move to the United Kingdom to join the Royal Family. 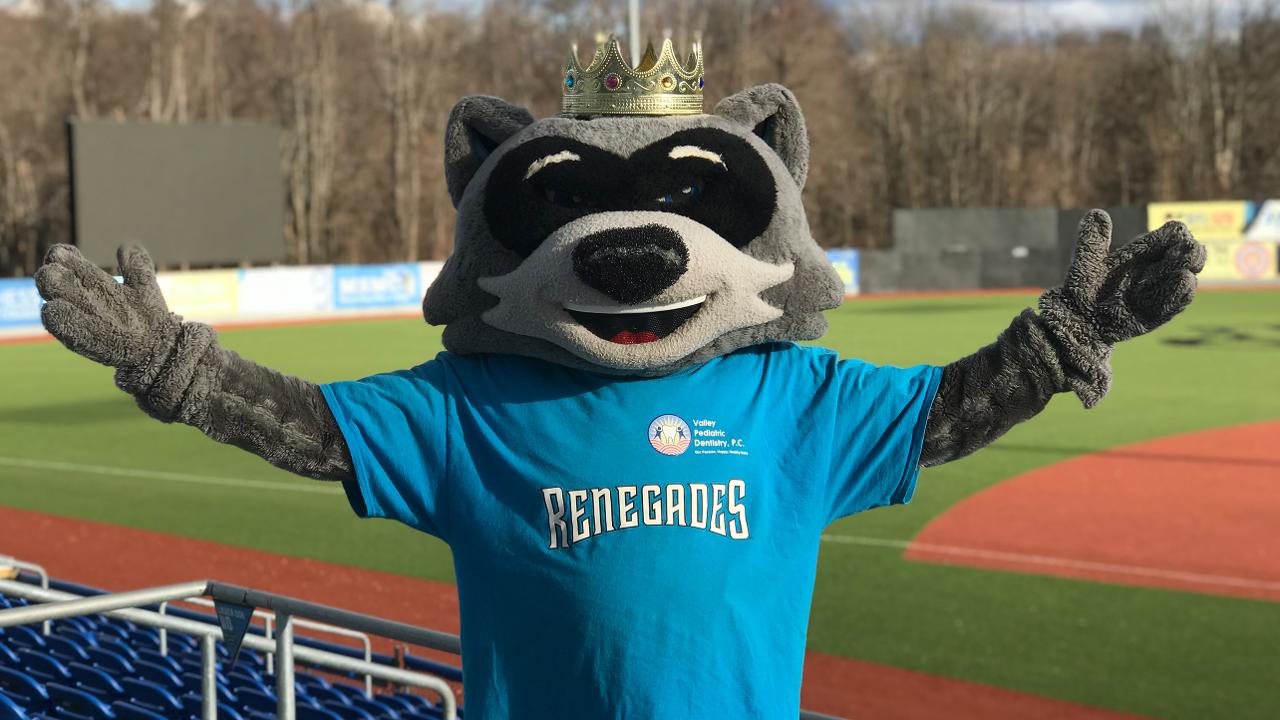 WAPPINGERS FALLS, NY - The Hudson Valley Renegades, Short Season Class-A affiliate of the Tampa Bay Rays, announce in response to the news released in a personal message from The Duke and Duchess of Sussex that Prince Harry and Meghan Markle are stepping away from the Royal Family.

Rascal, The Duke of Dutchess County has made the announcement to step in to fill senior roles left by The Duke and Duchess of Sussex.

"After many months of reflection and internal discussions, Rascal has chosen to make a transition this year, starting to carve out a progressive new role within the Royal Family to support Her Majesty The Queen," said President and General Manager Steve Gliner.

Per the personal message, Prince Harry and Meghan Markle have stepped back as 'senior' members to become financially independent and split their time living in the United Kingdom and North America while raising their son and launching their new charitable entity.

Rascal is prepared to step into any role and responsibility given to him, in collaboration with The Queen and the Renegades are excited for Rascal and his new endeavors.