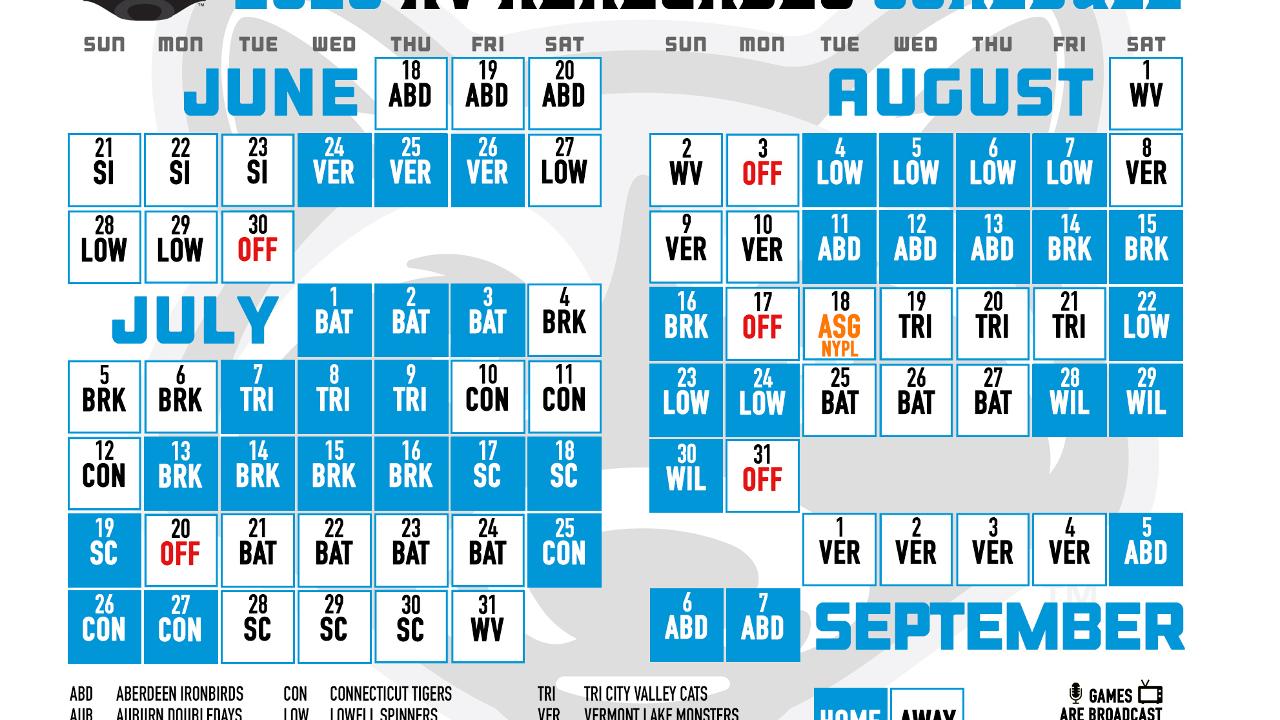 "We are very excited to be able to announce to our fans the 2020 New York-Penn League Schedule" said Steve Gliner, President and General Manager of the Hudson Valley Renegades. "This is the earliest we have been able to do so and we are excited to get busy as a staff filling it with exciting promotions for the 2020 season."

The Hudson Valley Renegades have won three New York-Penn League Championships while being the affiliate of the Tampa Bay Rays. Edwin Rodriguez guided the Renegades to their first New York-Penn League title in 1999 when they defeated the Mahoning Valley Scrappers 2-1 in the finals. Jared Sandberg piloted the championship team in 2012 when they defeated Tri City 2-1 in the finals. Craig Albernaz was the Skipper during the 2017 New-York Penn League Championship when they swept the Vermont Lake Monsters 3-2 and 6-0.

The Hudson Valley Renegades are owned and operated by The Goldklang Group. The Goldklang Group is a sports entertainment consulting and management firm. The Group provides operational consulting and management services in all areas relating to sports franchise, event, and venue acquisition, promotion and operation. Armed with a passion for the game and the foresight of growth within professional baseball, Marv Goldklang formed the Goldklang Group. A fan himself, Goldklang set out to capitalize on what he felt were the key ingredients to success once the market and venue was established- providing superior customer service, cutting edge ideas, and family entertainment at affordable prices.

The Renegades 27th season at Dutchess Stadium begins on Wednesday, June 24, 2020 against the Vermont Lake Monsters. Season Tickets, suites, party venues and picnics for the 2020 season are being booked now. Call (845) 838-0094 to reserve your tickets today!