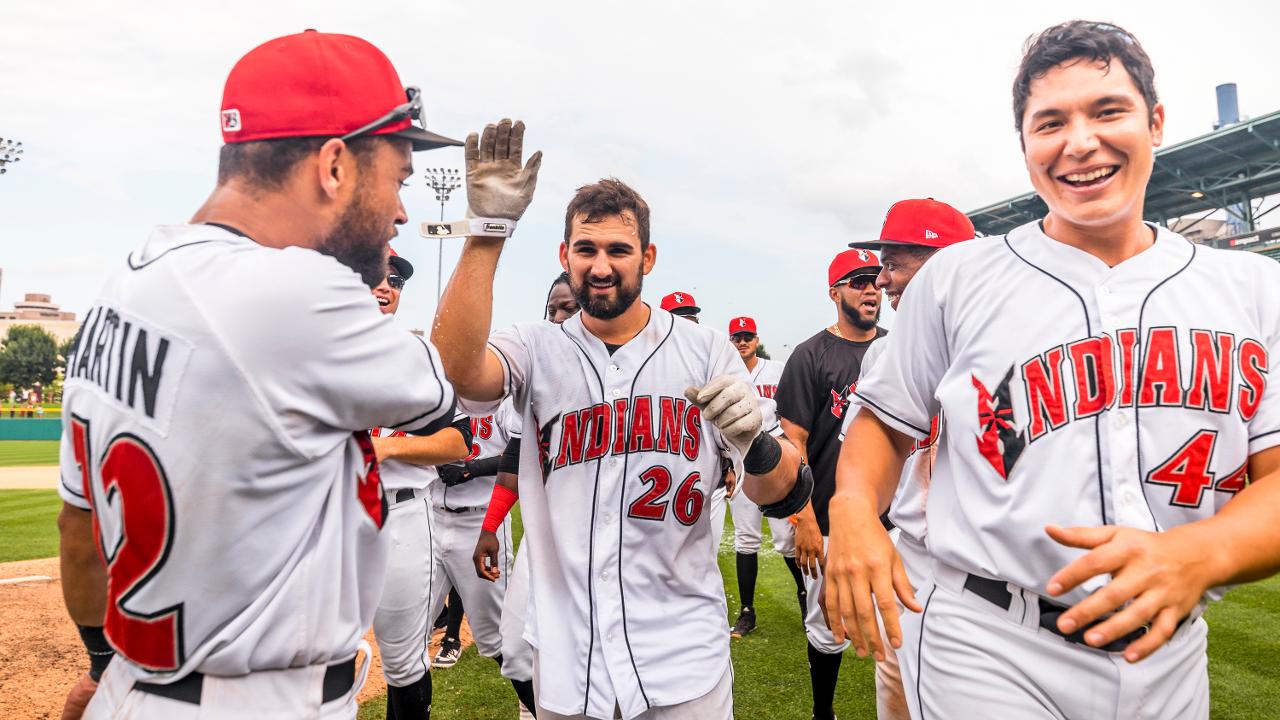 INDIANAPOLIS - Indy's largest comeback win of the season came on August 18 against Lehigh Valley at Victory Field. The Tribe faced a 7-2 deficit entering the bottom of the ninth, but Ke'Bryan Hayes hit a game-tying, three-run shot during the five-run frame, and Christian Kelley ripped a walk-off single in the 10th to send Indy to a thrilling 8-7 triumph.

Lehigh Valley secured the early lead with three runs in the first. Former Indian Phil Gosselin hit a leadoff triple and scored on a sacrifice fly. Austin Listi smacked a two-out, two-run double later in the frame, and he pushed the visitors' advantage to 5-0 with a two-run blast in the third.

Indy scored once in the fourth and one more in the fifth, only to see the IronPigs respond with another Gosselin triple in the sixth that was followed by an Ali Castillo two-bagger that made it 7-2.

The scoring stalled until Indy's dramatic five-run ninth that sent the game to extra innings. Four walks and a wild pitch brought the score to 7-4, and Hayes then pounded his ninth home run of the year over the left field wall to knot the game at 7-7.

With momentum on their side, Indians reliever Geoff Hartlieb tossed a quick and scoreless top of the 10th. In the bottom half, Darnell Sweeney sacrificed Will Craig to third with a perfect bunt, and Kelley capitalized on the opportunity, lining a first-pitch single into left.

The Indians drew a season-high tying nine walks in the game, three that forced home runs. The comeback win was Indy's largest since overcoming a five-run deficit to beat Columbus 12-7 on May 13, 2018 at The Vic.