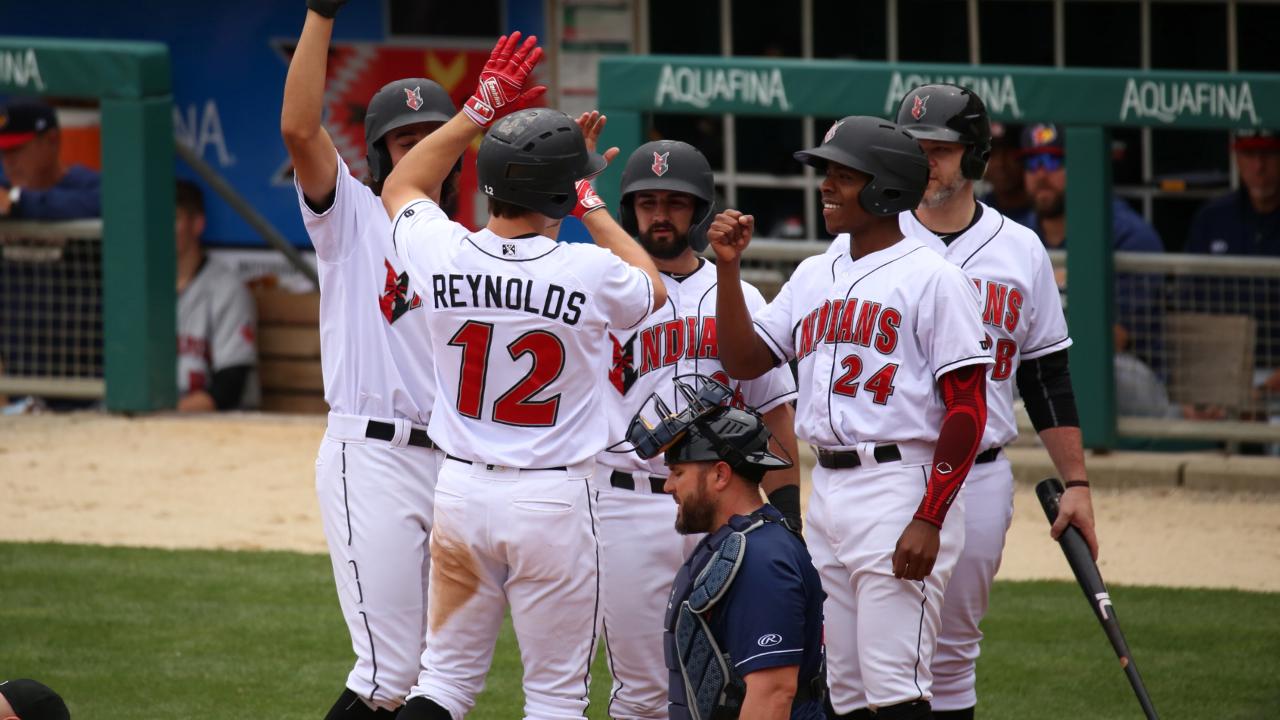 INDIANAPOLIS - Bryan Reynolds' 13-game showing in Triple-A featured a .367 average, five multi-hit games, five home runs, 11 RBI and a 1.181 OPS. In his penultimate game with the Tribe, Reynolds launched the second grand slam of his career to carry Indy to an 8-7 comeback victory over Toledo.

Reynolds did his damage early. He worked a walk in the first but was stranded on base, and the Mud Hens plated four in the second to build a 4-0 lead. The Indians responded with three runs in the third, the second coming on a Reynolds one-out infield single to short.

Reynolds' biggest at-bat came in the fourth. The switch-hitter stepped in with two outs and the bases loaded against left-hander Matt Hall and belted a high drive into the center field batter's eye. The slam was the first of two for Indy in 2019 and turned a 5-3 deficit into a 7-5 advantage. The Mud Hens eventually rallied to tie the game at 7-7, but Toledo's third error of the game sealed its fate in the bottom of the ninth as Ke'Bryan Hayes scored the winning run.

The 24-year-old Reynolds made his major league debut with Pittsburgh three days later and opened his big league career with an 11-game hitting streak. He hit .314 with 57 extra-base hits in 134 games for the Buccos.