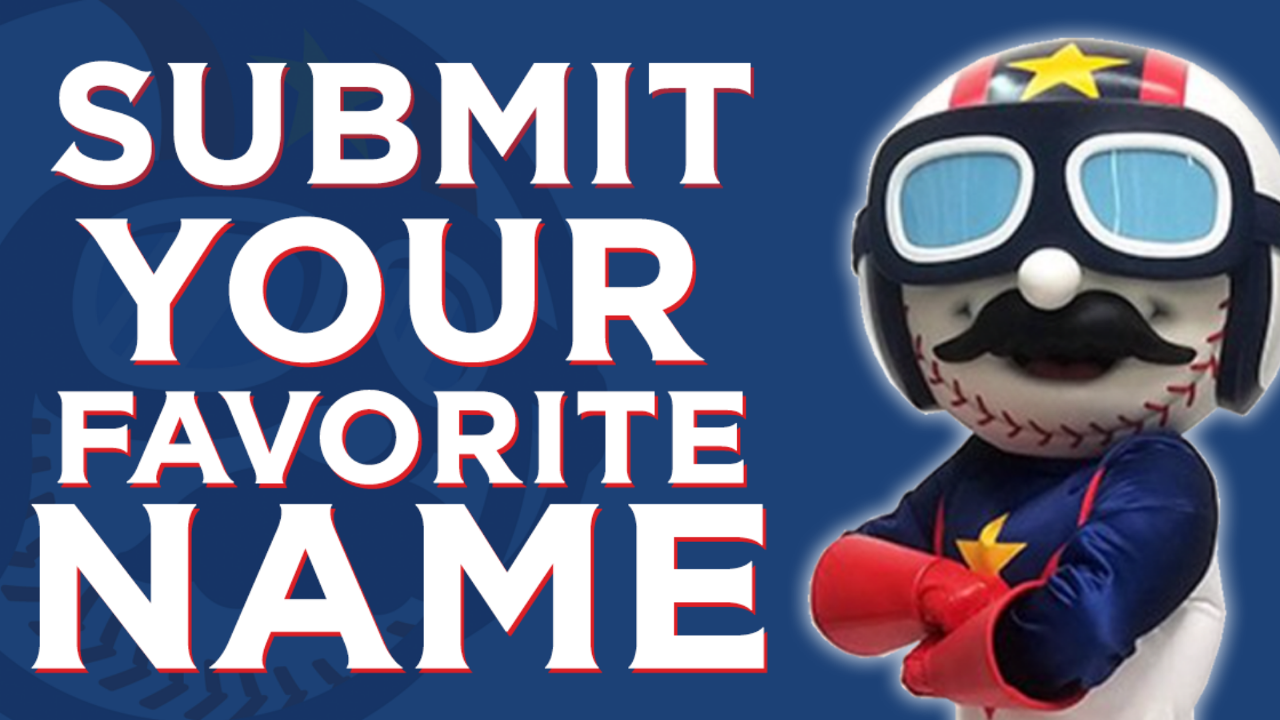 (KANNAPOLIS, NC) - Weeks ago, Kannapolis baseball fans learned the team's new name for the 2020 season and beyond: The Kannapolis Cannon Ballers. The thousands of people in attendance for "The Big Reveal" inside the historic Gem Theatre and outside on the West Avenue Streetscape embraced the new team name, logo, and colors. Fans celebrated by taking pictures with the mascot and models wearing the new uniforms, and by purchasing merchandise in record numbers. But one piece of business is unfinished. The mascot has no name. The mustachioed, All-American daredevil character who is emblematic of a resilient Kannapolis needs a moniker

Today the team is asking the community for its help in naming the most recognizable face of the ball club. For the next two weeks up until Black Friday, the team encourages fans to visit the Cannon Ballers website at www.KCBallers.com to share their ideas and inspiration for the mascot's name. Submissions that are creative, family-friendly and tasteful will be compiled and considered. The team will then whittle down the list of finalists for an online fan vote in early December that will help determine the new nickname.

The Kannapolis Cannon Ballers identity pays homage to the city's mill history (Cannon Mills) and the Cannon Family that gave rise to the city of Kannapolis. Like the players that will proudly take the field next April, the Cannon Baller personality rises above the competition -and always does so with a smile on his face. He is bold, he is brave, he is looking for a title.

Cannon Ballers merchandise is available online at KCBallers.com or by visiting the team's retail store next to the Gem Theatre located at 111 West 1st Street in downtown Kannapolis daily from 10 a.m. to 5 p.m. Season tickets for the inaugural season at the Kannapolis SEV are on sale now and information regarding group and hospitality options will be released in the coming weeks. The Cannon Ballers take the field in Kannapolis on Thursday, April 16th at 7:00 p.m.