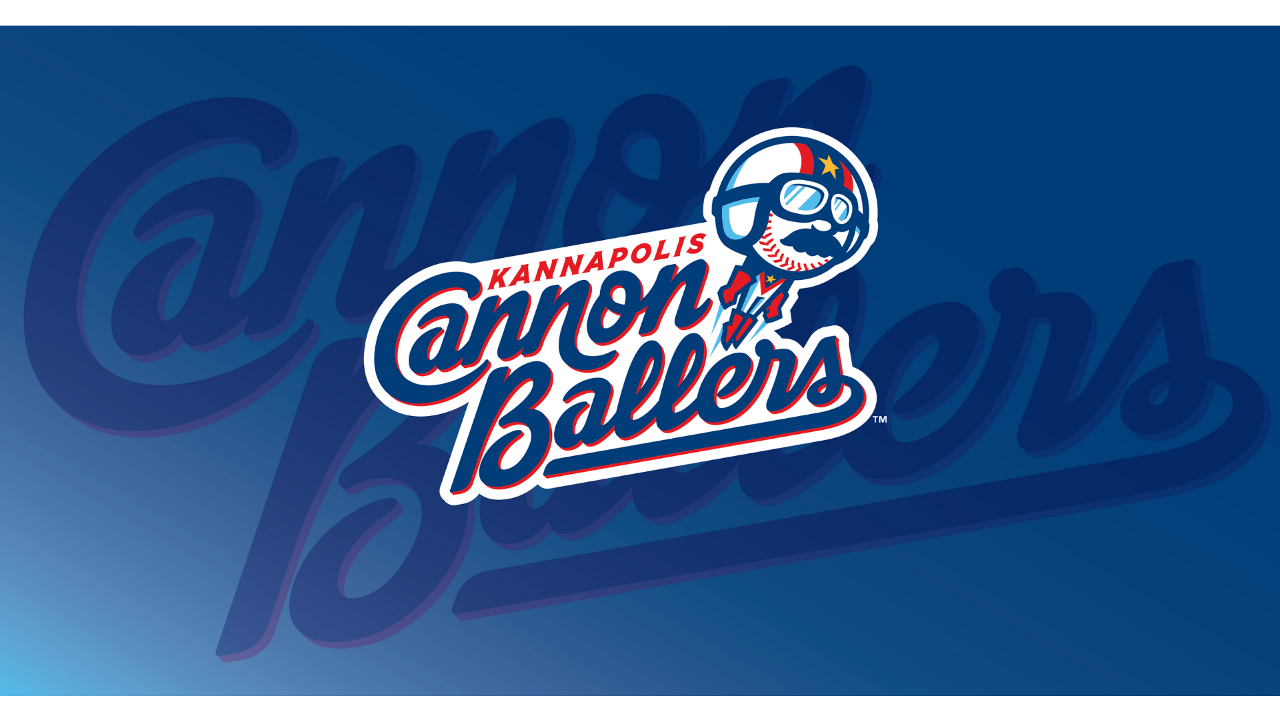 (KANNAPOLIS, NC) - In a nod to the historical significance of Kannapolis as a mill town whose history is tightly woven with America's Pastime, the community gathered Wednesday to celebrate the team's new identity. The event's location at the Historic Gem Theater celebrated the old, while its continuation outside along the West Avenue Streetscape also lauded the new. Thousands of fans joined the ball club in the newly revitalized downtown for the highly anticipated unveiling of the new name of their professional baseball team: The Kannapolis Cannon Ballers.  Their new identity embodies the circus-like atmosphere of a Minor League Baseball game while paying homage to the foundations of Kannapolis as the town the Cannon Family built. The new ballpark sits on land that formerly housed Cannon Mills, the world's largest textile factory.

The team introduced the resilient Cannon Baller, a hard-nosed but playful daredevil. They also encouraged fans to suggest names for the mustachioed, All-American character that will represent the City of Kannapolis on the field and throughout the community. Team colors include a patriotic palette of red, white and blue (dark royal and light), plus an accent color of yellow.

"After months of considering input from our fans and stakeholders, we are thrilled to introduce the Cannon Ballers. The new team name instills community pride and exemplifies the experience we want all of our guests to enjoy at the Kannapolis Sports & Entertainment Venue. Although the Cannon Ballers players and action on the field will always be the main event, the surrounding carnival of fun off the diamond will truly make a trip to our ballpark a memorable experience," stated team General Manager Matt Millward.

The home and road uniforms start with a ballcap that features the Cannon Baller soaring through the air after being shot out of his cannon. "Cannon Ballers" is emblazoned on the white home jersey with red braiding and red numbers on the front. The custom blue numbers on the back of the jersey are embedded with yellow stars like those on the mascot's helmet. The traditional gray road jerseys feature a script "Kannapolis" on the front with a star atop the "i." The numbers on the back mimic those on the home jersey. Both jerseys feature a roundel arm patch with the intrepid Cannon Baller man.

An alternate uniform showcases a variation to the primary identity, abbreviating the two-word moniker to just one: "Ballers." A "Baller" refers to someone who started out from the bottom and made it to the top. It can also mean an athlete with great skill or a person who lives large. The accompanying cap for this dark blue jersey top features a "CB," short for both Cannon Baller and Cabarrus.

Cannon Ballers merchandise is now available online at KCBallers.com. Through Sunday, October 27th, area fans can visit the team's pop-up retail store next to the Gem Theatre located at 111 West 1st Street in downtown Kannapolis daily from 10 a.m. to 5 p.m.

Season tickets for the inaugural season at the Kannapolis SEV are on sale now. The Cannon Ballers take the field in Kannapolis on Thursday, April 16th at 7:00 p.m.