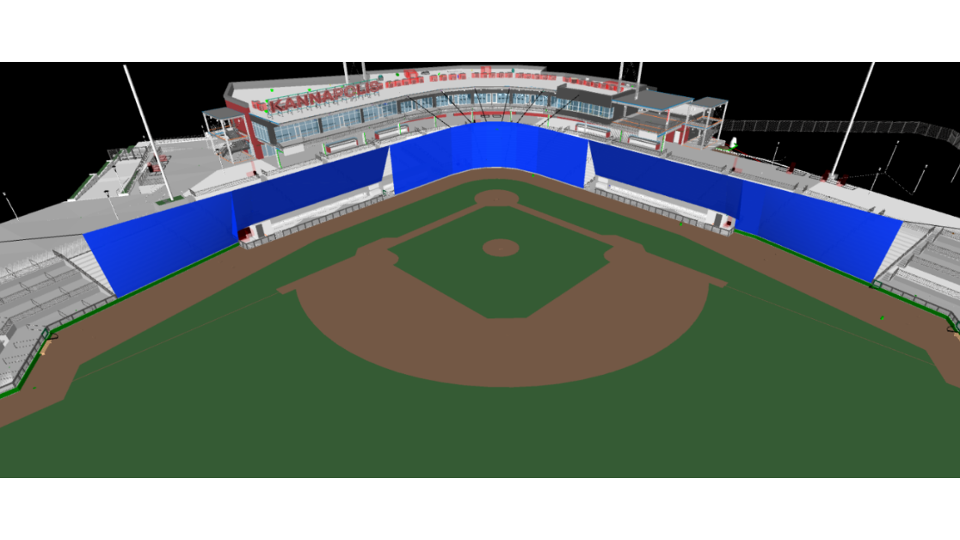 KANNAPOLIS, NC -- As the Kannapolis Sports and Entertainment Venue takes shape with drywall and concrete on every floor, the baseball team and City of Kannapolis announces an emphasis on fan safety with the purchase of a protective netting which will extend the entire length of the seating grandstand.

Many Major and Minor League baseball teams have recently increased netting coverage to ensure a safer experience for fans sitting closest to the field. The team's parent club, the Chicago White Sox, unveiled extended netting in July and fans have already benefited by avoiding errant balls and even players.

Populous, the architecture firm that designed the Kannapolis ballpark, developed the netting to significantly exceed industry standards from their first drawings with the blessing of the City of Kannapolis.

"It's a delicate balance to create an intimate game experience for our fans while safeguarding their safety," remarked Intimidators General Manager Matt Millward. "We are excited for spectators to enjoy Kannapolis professional baseball without the risk of hard-hit balls and errant bats reaching the seating bowl."

The City of Kannapolis and general contractor Barton Malow Company awarded the netting and padding to Sportsfield Specialties, also known as Promats Athletics, an industry leader with a hub in Salisbury, NC. Its Ultra-Cross Dyneema netting product combines a thin gauge ideal for a clear view of the action on the field with incredible strength to shield fans from moving objects.

The Kannapolis SEV netting measures 30 feet high and stretches from behind home plate to the top of both dugouts and averages another 60 feet of net coverage beyond both dugouts. The 445 linear feet of netting coverage rising to a 30-foot height blankets the fixed-seating grandstand.