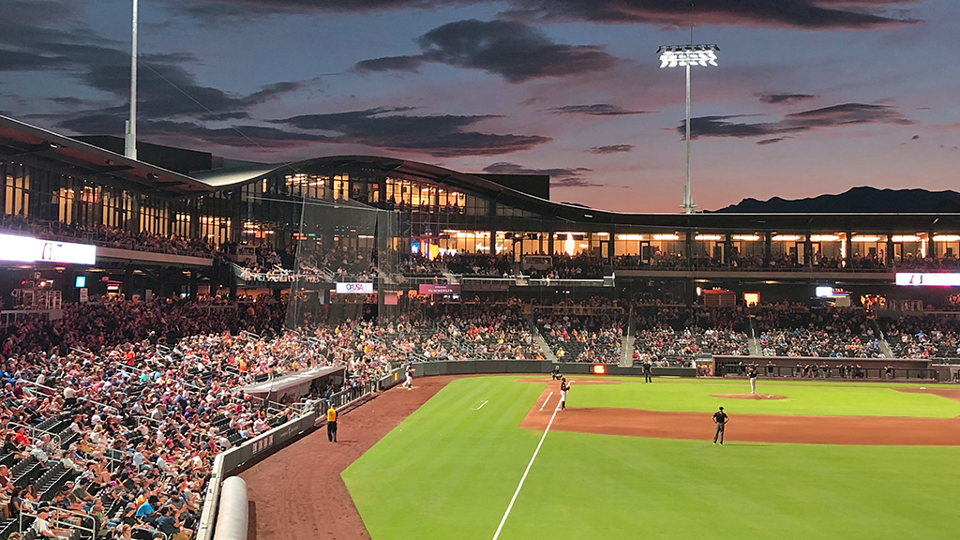 The 2020 Triple-A National Championship Game will be played at Las Vegas Ballpark on Tuesday, Sept. 22.

Triple-A Baseball announced today that the Las Vegas Aviators® have been selected to host the 2020 Ephesus Sports Lighting Triple-A National Championship Game, which will be played at Las Vegas Ballpark® on Tuesday, September 22. The game will feature the champion of the Pacific Coast League, against the champion of the International League in a one-game winner-take-all showdown for Triple-A supremacy.

"We are extremely excited to be the host city for this game," Aviators President/COO Don Logan said. "This event has now come full circle as Las Vegas was host to the Triple-A World Series for three years from 1998-2000. The Las Vegas Ballpark will serve as a great venue for this winner-take-all contest that will determine the champion."

The 2020 Ephesus Sports Lighting Triple-A National Championship Game and the city of Las Vegas will once again be showcased to a national television audience. Partnering with FOX Sports, the game will be televised live nationally on FS1 and available for live streaming on the FOX Sports app, as well as to MiLB.TV subscribers via MiLB.com and the MiLB First Pitch mobile app for supported devices.

"We are really pleased to bring a premier event to town," Pacific Coast League President Branch Rickey said. "To give Triple-A Baseball the chance to show off the new Las Vegas Ballpark on national TV and brag just a bit on how far baseball has advanced in Southern Nevada. On top of that, it's such a fun event. Fans will love it. Another example of what a terrific family-friendly product we really have."

International League President Randy Mobley added, "Triple-A Baseball has a history of playing special games in Las Vegas dating back to the 1990 Triple-A All-Star Game and the Triple-A World Series in 1998-2000. With the opening of the fabulous Las Vegas Ballpark this year it's time for us to return with our season-culminating championship game. Las Vegas can host events like nowhere else and we look forward to seeing how the Aviators' organization puts its own unique mark on the game."

When this year's championship event hits AutoZone Park, home of the Memphis Redbirds (St. Louis Cardinals), on Tuesday, September 17, it will be the 14th edition of the game in its current, single-game form. The PCL holds an 8-5 lead over the IL and has won five of the last seven contests. Prior to becoming a one-game showdown in 2006, the two league champions competed in the best-of-five Las Vegas Triple-A World Series at Cashman Field from 1998-2000.