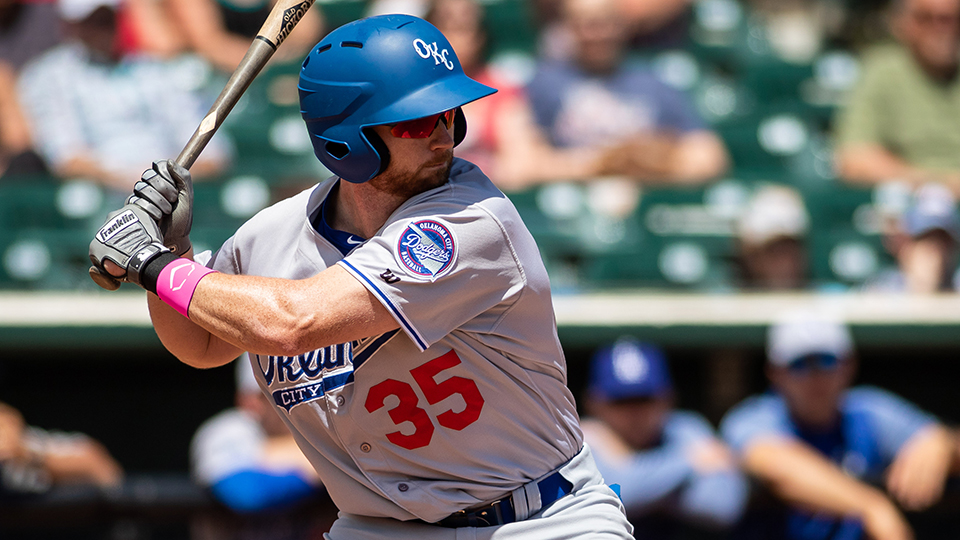 Kyle Garlick has hit at least 18 home runs the past three seasons. He put a big dent in his quest to eclipse that total Sunday.

The Dodgers outfielder crushed three big flies, including a two-run shot in the 11th inning, en route to Triple-A Oklahoma City's 11-9 win over New Orleans at Shrine on Airline. Garlick finished 4-for-5 with six RBIs and lifted his OPS to 1.035.

It marked the seventh three-homer game in the Pacific Coast League this season and the first such effort for any player on an Oklahoma City team since June 9, 2014, when Matt Duffy pulled off the feat for the Astros-affiliated RedHawks. Garlick homered thrice once before in his career, for Class A Advanced Rancho Cucamonga on April 18, 2016.

Garlick jumped on the first pitch he saw Sunday from Baby Cakes right-hander Hector Noesi and sent it beyond the left-field wall, plating Edwin Rios to give the Dodgers a 3-0 lead in the first inning. In the third, Noesi gained an 0-2 advantage against the 27-year-old, but Garlick took a ball and deposited another dinger to left.

After singling to left in the sixth and striking out in the ninth, Garlick came to bat one final time in the 11th. The Dodgers took an 8-7 lead on an RBI single by Los Angeles' No. 5 prospect Will Smith. But Garlick supplied some insurance -- which became necessary when New Orleans added two runs in the bottom half of the frame -- by belting an two-run opposite-field shot to right off righty Tommy Eveld.

Cameron Perkins followed Garlick's milestone capper with another roundtripper -- his second of the night after a solo shot that tied the game in the ninth. The Dodgers totaled 12 hits and went 5-for-10 with runners in scoring position.

Josh Sborz (1-1) picked up the win after allowing three runs -- one earned -- on two hits over the game's two extra frames.