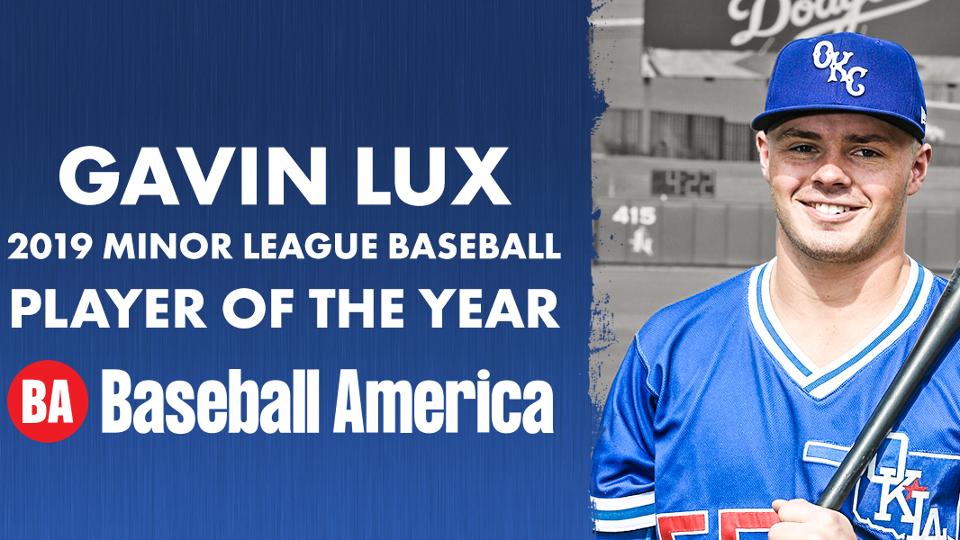 OKLAHOMA CITY - Current Los Angeles Dodgers infielder Gavin Lux, who spent the second half of the 2019 season with the Oklahoma City Dodgers, has been named the 2019 Baseball America Minor League Player of the Year, the publication announced today.

The 21-year-old Lux is the first Oklahoma City player to be named Baseball America's Minor League Player of the Year since the award's inception in 1981. He is the third Dodgers player to receive the honor, joining Mike Marshall in 1981 and Paul Konerko in 1997.

Between Oklahoma City and Double-A Tulsa, Lux batted a combined .347 with a .421 on-base percentage and .607 slugging percentage. He ranked in the top 10 among full-season Minor League players in each of those three categories, and his 1.028 OPS was fourth-best in the Minors. Additionally, Lux led all Dodgers farmhands with 159 hits and 99 runs scored, and he also set career highs with 26 home runs and 76 RBI.

After being named a Texas League All-Star over 64 games with Tulsa, Lux was promoted to Oklahoma City June 27. He proceeded to tear up the Pacific Coast League, posting a .392/.478/.719 slashline through 49 games at the Triple-A level. Lux hit safely in each of his first 16 games with OKC, reached base safely in each of his first 37 games with the team and between OKC and Tulsa, he put together a 50-game on-base streak June 8-Aug. 15. Lux batted .400 or better through his first 46 games with OKC and reached base in 46 of his 49 games. He collected two or more hits in nearly half of his games with 24 multi-hit performances.

On Sept. 2, Lux made his Major League debut against the Colorado Rockies, becoming the eighth Oklahoma City player to make his ML debut with the Los Angeles Dodgers this season. He was selected by the Dodgers with the 20th overall pick of the 2016 MLB Draft from Indian Trail High School in Kenosha, Wis.