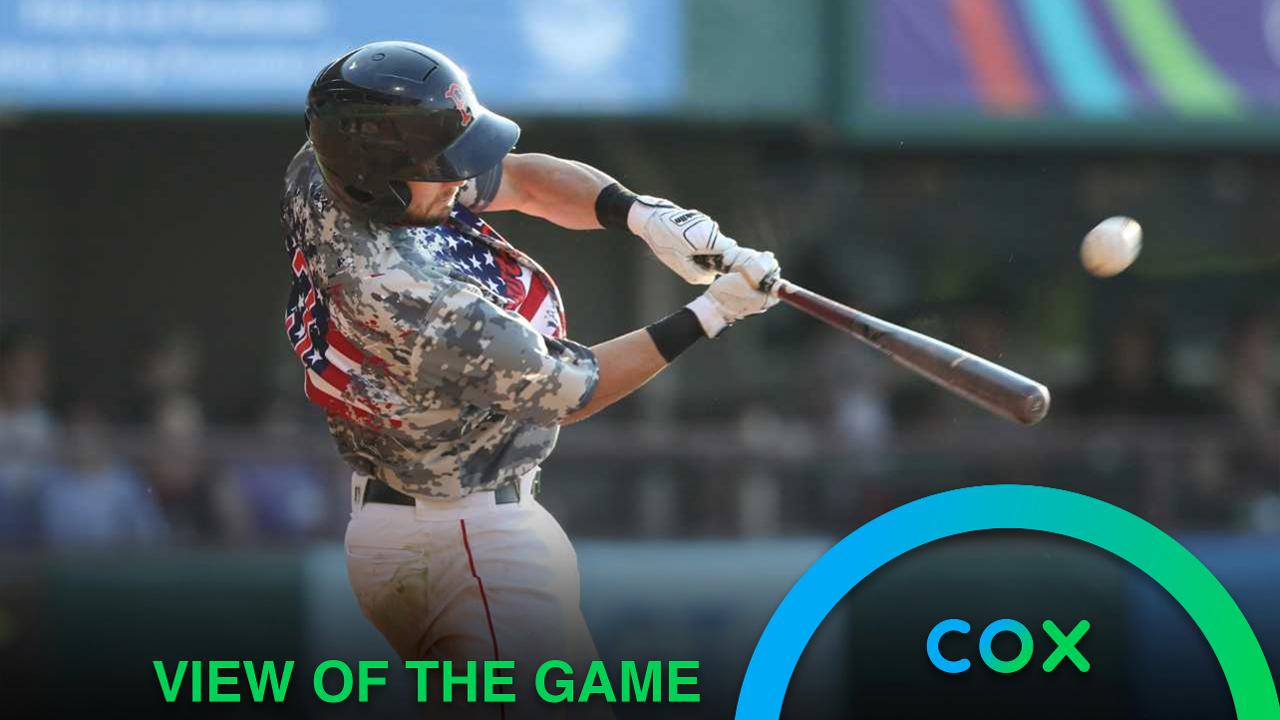 PAWTUCKET, R.I. - The PawSox (43-58) won Game 2 of their three-game set against the Durham Bulls (59-44) by a score of 5-4 thanks to the second straight three-hit performance from Tzu-Wei Lin, who started in left field tonight.

Durham started out quick off starter Josh A. Smith, as they scored three runs in the bottom of the first inning. Dalton Kelly began the game with a single, being driven in by Kean Wong's 4th triple of the season. Jesus Sanchez would drive in Wong one batter later on a line drive single. The third run was scored on a two-out double by Kevin Padlo, scoring Michael Perez, who reached base on a force out.

The PawSox would not go out quietly, responding in the top of the third. Chris Owings blasted a first pitch two-run shot, scoring Gorkys Hernandez and bringing the score to 3-2. Rusney Castillo would go on to tie the game in the following at-bat, hitting back-to-back homers with Owings and tying up the score. This was the sixth time the PawSox have hit back-to-back homeruns this season, the first time since July 11th.

Tzu-Wei Lin built off his 3-hit game from last night, hitting a two-run double in the top of the 6th. He drove in Rusney Castillo who reached base on a single and Jantzen Witte who walked, pulling the PawSox ahead 5-3.

The Bulls took one back in the bottom half of the 6th. Left fielder Jason Coats hit a solo shot off reliever Ryan Brasier, his 14th of the season and his second in as many days. This was Brasier's second appearance for Pawtucket since being optioned on July 16th, pitching the sixth inning, allowing one run and striking out 1.

Travis Lakins pitched a perfect frame in the 9th on only 7 pitches, recording his 5th save of the season.

Despite allowing 3 runs in the first, Pawtucket's Josh Smith pitched well tonight. He tossed 5 solid innings, allowing only those 3 runs, while striking out 5. He served up only 2 hits after the first inning. Smith hasn't lost since May 23rd and the win tonight moves his record to 5-2 on the Triple-A season.

The PawSox continue their 10-game road trip tomorrow night by wrapping up their three-game series against the Durham Bulls from Durham Bulls Athletic Park at 7:05 p.m.

After stops in Charlotte, Lehigh Valley, and Syracuse, the PawSox return home for a brief, three-game homestand starting Friday, August 2nd. The first 3,000 fans in attendance that night will receive a Jackie Bradley, Jr. replica jersey. Saturday, August 3rd, is the final Free Youth Clinic, which will take place from 2:00 - 3:15 p.m. Super Heroes/Avengers-themed fireworks will follow. Sunday, August 4th is another Family Funday, which will include pre-game catch on the field and post-game run the bases.