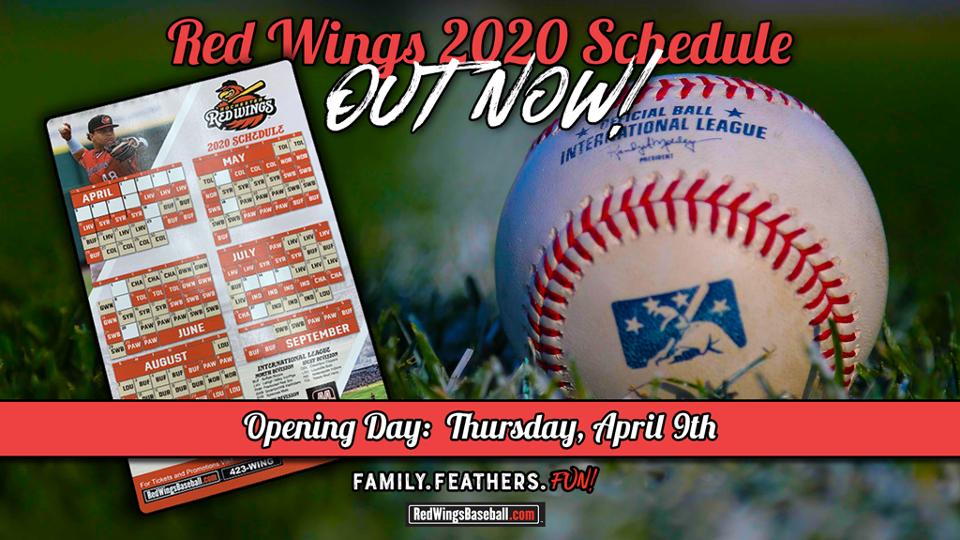 The Rochester Red Wings 2020 season begins at Frontier Field for Opening Day on Thursday, April 9 against the Lehigh Valley IronPigs!

Exactly half of the Wings 70 home games next season fall on either a Friday, Saturday or Sunday!

The longest homestand of the year will be a 10-game set with three against Durham, three against Louisville, and four against Syracuse from August 18-27. Rochester wraps up the campaign with five games against Pawtucket and Buffalo from September 3-7.

The 2020 season will be the 24th campaign at Frontier Field for the Wings. Game times will be announced at a later date.