Wings give sneak peek of 2020 promos 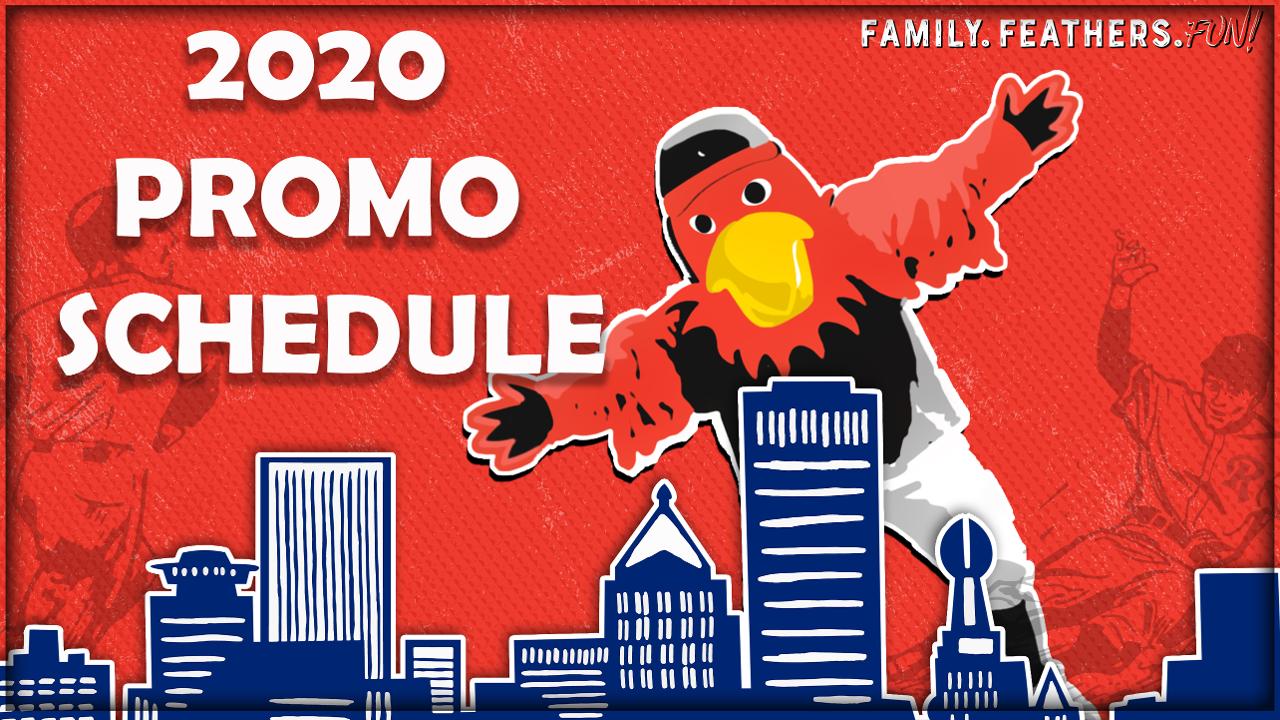 The Rochester Red Wings' 24th season at Frontier Field begins exactly 100 days from today on Thursday, April 9, and to celebrate the Wings have released a sneak peek at the 2020 promotional schedule. As always, and although not yet finalized, the upcoming promo slate promises to be one of the best in Minor League Baseball!

All details, including appearances and giveaways, will be announced throughout the winter and early spring. Fans can follow the Red Wings on social media -- Twitter (@rocredwings), Facebook (facebook.com/RocRedWings) and Instagram (@rocredwings) -- to stay up-to-date on all promotional releases.

All single-game tickets for the 2020 season will go on sale beginning Wednesday, February 19 online only at RedWingsBaseball.com.

THE HIGHLIGHTS (promo dates are subject to change):

As it was a year ago, The Office Night on August 20 featuring an appearance from Brian Baumgartner (Kevin Malone) promises to be one of the marquee nights on this year's schedule.

A day later on August 21, the Wings will celebrate all that is "Grim and Depressing" about Rochester on Maureen Callahan Night. The New York Post writer, who is no fan of the Flower City, has vowed to make the trek to Rochester for the game.

To the delight of thousands, The Goodest Boy, Milo the Bat Dog, will make FIVE appearances (dates still TBD) at Frontier Field in 2020.

After successful debuts a season ago, Women in Sports Night (May 15), Pride Night (June 30) and Deaf Culture Night (September 3) all return in 2020!

BOBBLES: This may be the greatest set of bobble giveaways in Red Wings history. On tap this year the Wings have a Conehead Talking Bobblehead (August 24), a Milo Bobbletail (date TBD) and a Willians Astudillo "La Tortuga" Bobbleshell (date TBD).

As previously announced, the Wings will adopt the Cocos Locos de Rochester moniker for home games on May 29, July 8 and August 23 as a part of MiLB's Copa de la Diversión Program. All three Cocos Locos games will feature the music, dancing, food and fun of Hispanic Culture.

Food Week at Frontier returns August 24-27 with all new food specials. Stay hungry for more details on this delicious week.

Every Sunday is a great day for families to spend at the ballpark, but the Wings will be home for both Mother's Day (May 10) and Father's Day (June 21) next season with postgame, on-field catches. Chase and Skye from Paw Patrol will be at the ballpark to meet fans on July 5.

More promos to be announced at a later date.

The 24th season of Red Wings baseball at Frontier Field begins on Thursday, April 9 at 4:05 p.m. against the Lehigh Valley IronPigs. Single-game tickets for all 70 home games will go on sale Wednesday, February 19. Suites, party venues and picnics for the 2020 season are being booked now by calling (585) 454-1001.