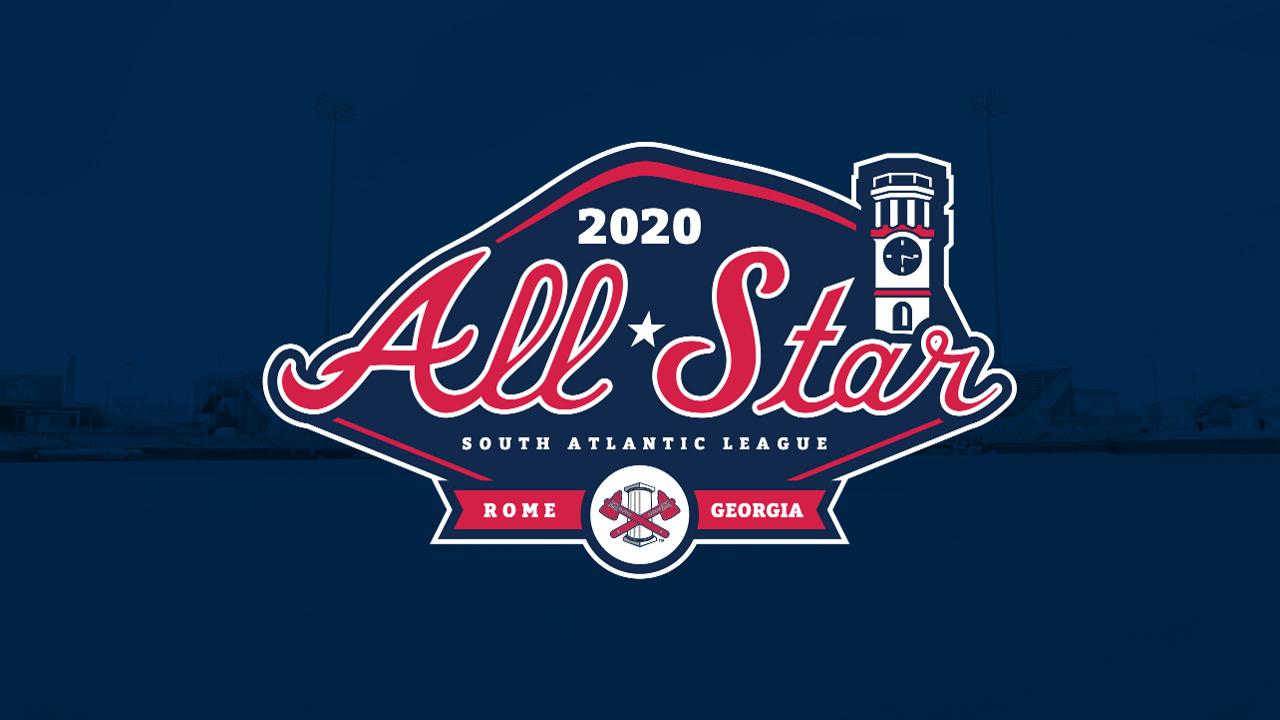 ROME, GA - The Rome Braves, in conjunction with the South Atlantic League, are excited to announce that Rome will host the 2020 South Atlantic League All-Star Game at State Mutual Stadium on Tuesday, June 23, 2020. Specific events surrounding the vast celebration along with specific dates and times will be announced at a later date.

The South Atlantic League All-Star Game is the centerpiece to the league's three-day all-star break and features premier players and some of the game's top prospects from around the league. In addition to the game itself, fans should watch for more details on various ballpark and community events leading up to and surrounding the game.

"We're honored and excited to host the 2020 South Atlantic League All-Star Game in Rome," said Rome Braves Vice President & General Manager Jim Bishop. "We look forward to welcoming fans throughout the league to Braves country and showcasing the stars of tomorrow in Rome. We're working hard to plan a memorable event for all to enjoy."

In February, just prior to the 2019 season, the Braves announced that it had extended its lease agreement at State Mutual Stadium with Floyd County to continue funneling baseball talent through Northwest Georgia for the next seven years (2019-25) and potentially longer if a five-year option running through the 2030 season is picked up.

The Single-A affiliate of the Atlanta Braves relocated from Macon to Rome in 2003. During the past 16 years, the Rome Braves have captured two South Atlantic League Championships (2003 & 2016). Fans from all over Northwest Georgia and beyond make the trek to Rome to see some of the nation's top baseball talent. Current major league stars including Freddie Freeman, Ronald Acuna Jr., Ozzie Albies, Austin Riley, Touki Toussaint and Brian McCann all saw action at State Mutual Stadium.

The Rome Braves baseball team is the Single-A affiliate of the Atlanta Braves in the South Atlantic League. Since its inaugural 2003 season, the Rome Braves have captured two South Atlantic League Championships (2003 and 2016). Season tickets, mini ticket plans and individual game tickets are on sale now. Stop by State Mutual Stadium or call 706-378-5100 Monday through Friday, 9:00 AM to 5:00 PM. For the latest news and updates, visit www.romebraves.com or connect with @TheRomeBraves on Facebook, Twitter and Instagram.