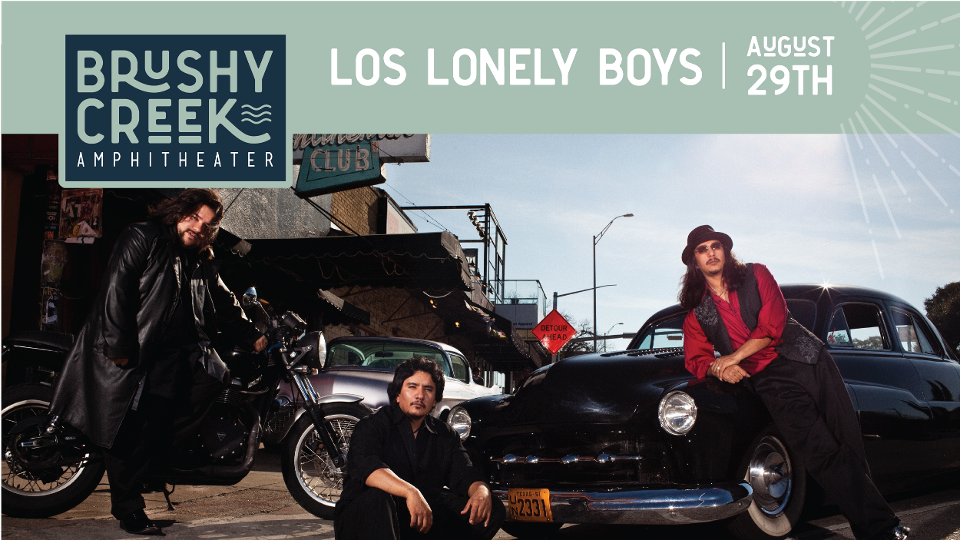 HUTTO, Texas - The City of Hutto and Ryan Sanders Sports & Entertainment are proud to announce that Los Lonely Boys will perform the first concert at the new Brushy Creek Amphitheater in Hutto. The inaugural show at the new venue is scheduled for Thursday, August 29 at 7:30 p.m. Gates will open at 6:30 p.m.

Tickets for the show go on sale tomorrow, Friday, July 19, at 10:00 a.m. Fans can purchase tickets online at BrushyCreekAmp.com. Prices range from $26.50 for a general admission ticket to $41.50 for VIP tickets, which include close-up parking and access to a VIP bar and side-stage viewing. Parking is included in all ticket prices.

The beloved Texan brother trio of Henry, Ringo and Jojo Garza, known as Los Lonely Boys, are returning to Central Texas, where they recorded their eponymous debut album in 2003 at Willie Nelson's Pedernales studio in Austin, with Willie himself guesting on the sessions. The album's lead single "Heaven" became a Top 20 pop hit that exposed the band to a large national audience and eventually won a Grammy Award. Los Lonely Boys solidified their success with their 2006 hit "Sacred," which garnered two more Grammy nominations.

"We want to make music that brings people together, not music that divides people," Jojo Garza said. "We're all about having a good time, but we also make an effort to write about things that really matter. A lot of people write songs about superficial things, like how you would look and what kind of car you drive and how much money you have, but we're not interested in that. We want to create music that's about the love and the energy and the spirit that we all carry as people."

Brushy Creek serves as the border and backdrop of the open-air theater that sits within a serene 32-acre city park. Attendees will enjoy live performances, spectacular sunsets and some of the best food and drinks in the area. Food trucks serving authentic Texas fare will be on-site for all shows, as well as bars serving premium beer, wine and spirits.

Nestled amid beautiful cliffs along Brushy Creek and among trees and flowing water off CR 137, Brushy Creek Amphitheater will host a minimum of 20 live events annually and serve as a family-friendly, affordable entertainment destination for Hutto and the surrounding communities.