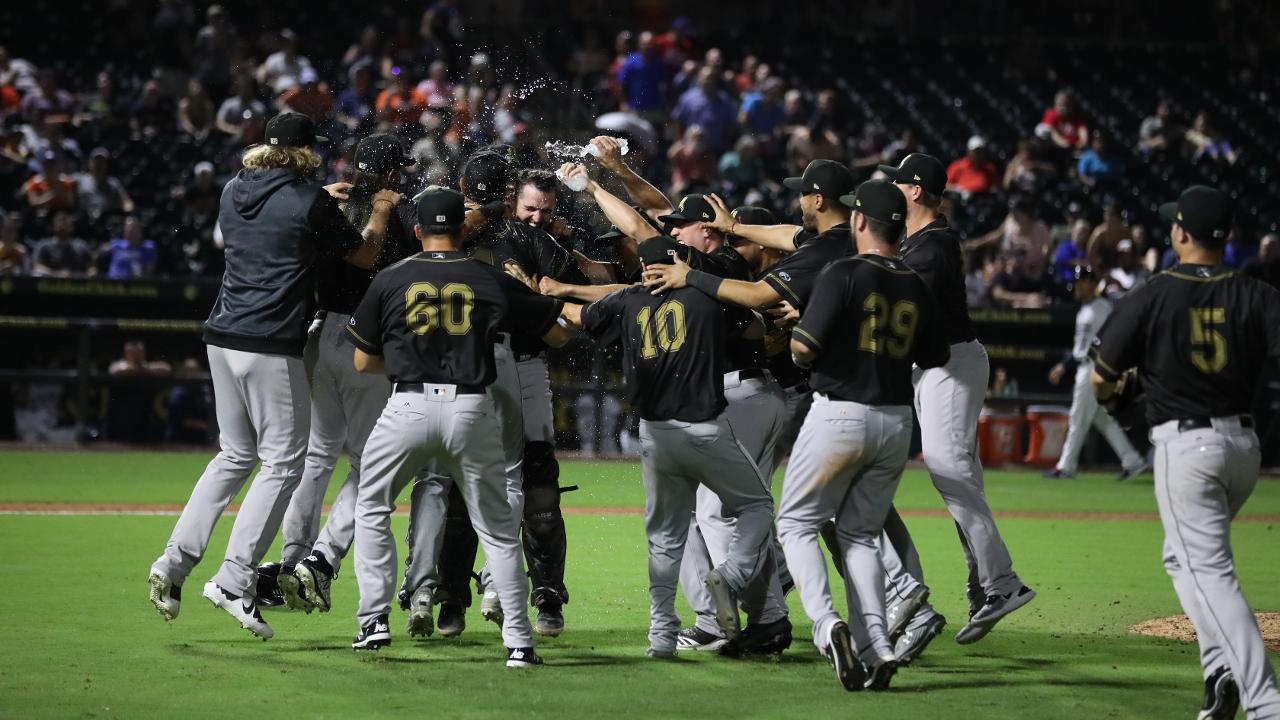 ROUND ROCK, Texas -- The Sacramento River Cats are headed to Memphis. A three-run eighth inning, fueled by three consecutive walks and a clutch hit from shortstop Abiatal Avelino, paved the way for a 7-5 victory and a sweep of the Round Rock Express to win the Pacific Coast League Championship. The title is the franchise's fifth in its 20-year history, and first since 2008.

The River Cats and Express went back and forth in the first three innings, with Sacramento twice answering Round Rock's run with two of their own in the next half inning. The contest entered the bottom of the seventh still knotted up at four when Drew Ferguson's solo shot gave the Express a slim lead.

But it was a slew of singles and walks for the River Cats on Friday night, who managed to score seven runs without the aid of any extra-base hits. After drawing three straight walks in the eighth inning, Avelino's soft liner ricocheted off pitcher Ralph Garza's glove and scooted past a diving second baseman into right field as two runs scored. Mike Gerber's groundout plated an insurance run before Enderson Franco would emerge once again from the bullpen, this time for an impressive five-out save.

Memphis, Tenn. will be the setting for Tuesday night's Triple-A National Championship matchup between the River Cats and the Columbus Clippers, Triple-A affiliate of the Cleveland Indians. It will be the third appearance for Sacramento, and fourth for Columbus. Neither team has announced a starting pitcher for the ballgame. First pitch is set for 5:00 p.m. (PT). Watch the game live on FS1. Or listen to all of the action live online at rivercats.com, on the MiLB First Pitch app, and on Money 105.5 FM beginning at 6:00 p.m. (PT).

• Friday night's triumph secured the first PCL Championship victory for a San Francisco Giants affiliate since the Phoenix Giants won the crown back in 1977.

• Enderson Franco's three postseason saves set a franchise record. The previous mark of two had been set four times, last done in 2008 by right-hander Bret Prinz during their championship run. Prinz saved game four of the PCL Championship against the Oklahoma City RedHawks to send them to the Triple-A National Championship game, in which they would defeat the Scranton/Wilkes-Barre Yankees 4-1.