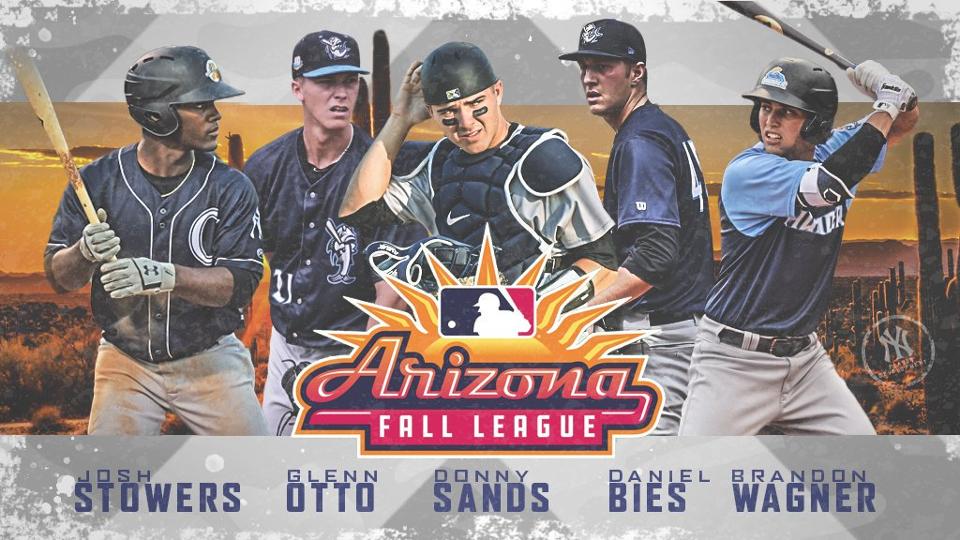 TAMPA, Fla. - Arizona Fall League rosters were announced on Wednesday and a trio of 2019 Tampa Tarpons have been selected to play. RHP Daniel Bies , RHP Glenn Otto and C Donny Sands will be joined by 1B Brandon Wagner and OF Josh Stowers as representatives of the New York Yankees on the Surprise Saguaros.

The six-foot-five right-hander struggled to stay healthy, landing on the injured list twice during the regular season. A fifth-round pick in 2017 out of Rice University, Otto will be able to log more innings in the Arizona Fall League.

A second-round pick by the Mariners out of Louisville in 2018, Stowers is currently batting .355 (33-for-93) in August and will look to continue his hot-hitting this fall.