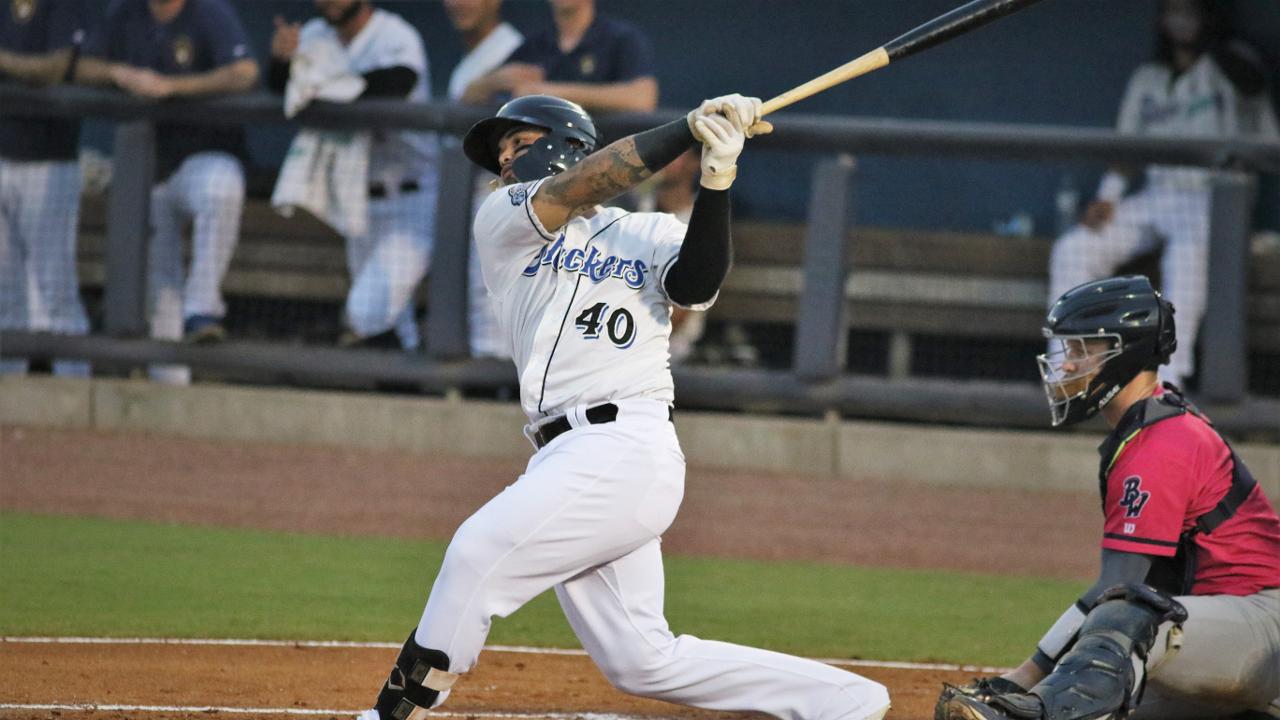 The Pensacola Blue Wahoos (78-65, 2-2 Playoffs) scored five runs in the top of the ninth inning to top the Biloxi Shuckers (84-59, 2-2) 10-5 on Saturday night at MGM Park. The Shuckers and Blue Wahoos will now play a winner-take-all Game Five on Sunday for a shot to play the Jackson Generals in the Southern League BC® Powder Championship Series.

Tied at 5-5 in the top of the ninth, RHP Nate Griep (L, 0-1) struck out Jimmy Kerrigan to start the inning before Caleb Hamilton walked and Mark Contreras singled, putting the go-ahead run at third. Back-to-back singles by Alex Kiriloff and Royce Lewis drove in a pair of runs and ended the night for Griep. Ryan Jeffers plated another run with a single and a two-RBI double from Jose Miranda capped the scoring for Pensacola, extending their advantage to 10-5.

RHP Johnny Cheshire (W, 1-0) surrendered a lead-off single to Max McDowell in the bottom of the ninth but induced a double play ball and a groundout to bring the game to a close.

Pensacola jumped out to an immediate lead in the top of the first inning. Kiriloff homered to start the contest, his fourth homer of the postseason, and Travis Blankenhorn drove in another run with a sacrifice fly, giving the Blue Wahoos a 2-0 lead before the Shuckers grabbed their bats.

The Shuckers responded with a big inning of their own. Luis Aviles Jr. singled to lead off the bottom of the first and Cooper Hummel was hit by a pitch, putting two men on with no outs. Aviles moved up to third on a flyout to center by Dillon Thomas before scampering in to score on a sacrifice fly by Weston Wilson, bringing Shuckers within a run at 2-1. C.J. Hinojosa followed with a ground-rule double to right, bringing up Jake Gatewood with two men in scoring position. The third baseman cranked a three-run homer off the batters' eye in center, his third home run of the postseason, catapulting Biloxi to a 4-2 advantage.

In the top of the third, Jeffers tied the game with a two-run home run to right, his first of the playoffs, knotting the contest at 4-4. The Blue Wahoos broke the deadlock in the seventh on a solo home run from Contreras, his first of the postseason, to put Pensacola in front 5-4.

Biloxi scratched across the tying run in the home half of the eighth thanks to a walk to Thomas, a single by Wilson and an RBI fielder's choice by Hinojosa. The Shuckers second baseman moved around to third with two outs in the inning but was left stranded on a pop out to right field.

In their winner-take-all Game Five against Pensacola on Sunday, the Shuckers will send LHP Cameron Roegner (0-0, 0.00) to the mound opposite Blue Wahoos LHP Bryan Sammons (0-0, 0.00) for a 5:05 pm first pitch. The game can be heard locally in Biloxi on Cruisin' WGCM AM 1240/100.9 FM, TuneIn Radio or the MiLB First Pitch App and can be seen on MiLB.TV.

Tickets to Game Five of the South Division Championship Series are on sale now at biloxishuckers.com or over the phone through Ticketmaster at 1-800-745-3000. The MGM Park Box Office will open at noon on Sunday and will be selling tickets throughout the afternoon. Family Four Packs are available which include four Reserved Level tickets, four hot dogs, four chips and four sodas for just $60. Select Shuckers players will also be available for pregame autograph and bring your ball and glove for postgame catch on the field. Gates open at 4:00 pm for a 5:05 pm first pitch.

With the 2020 Southern League schedule announced, Shuck Nation Memberships for the 2020 season are available by calling 228-233-3465 or by visiting the Biloxi Shuckers front office.