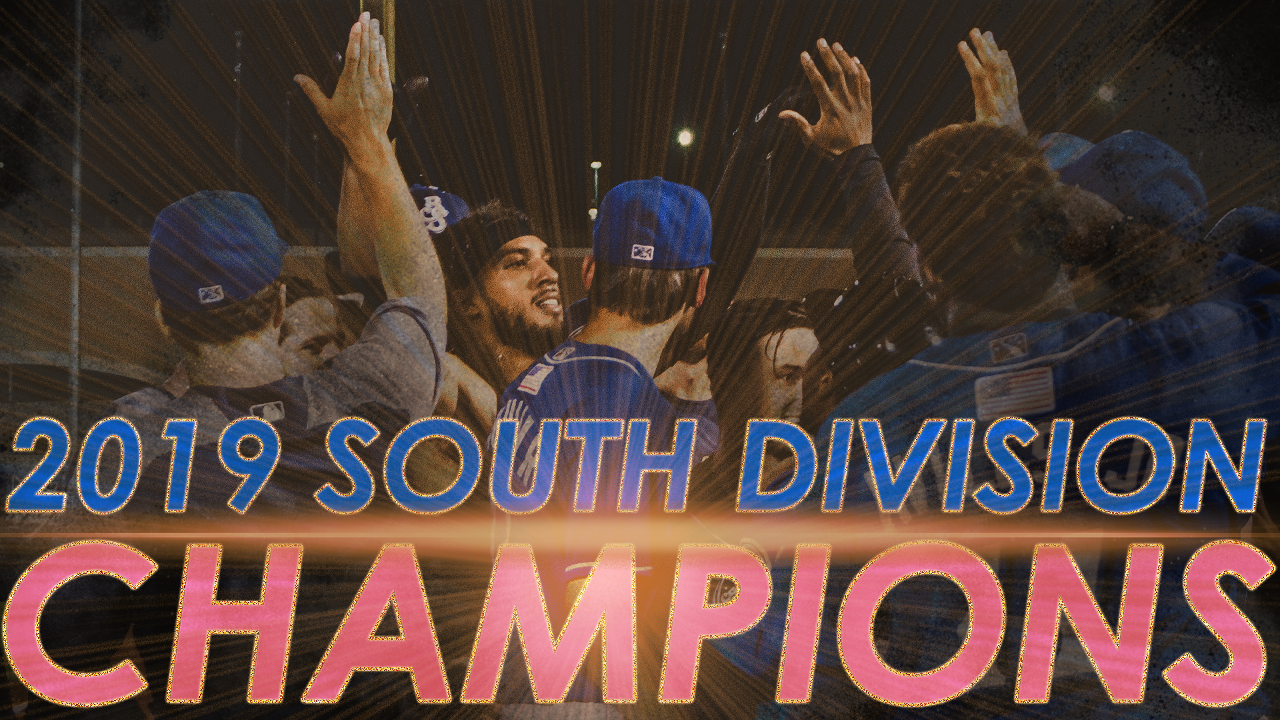 With their season on the line, the Biloxi Shuckers (85-59, 3-2 Playoffs) put together a five-run rally in the bottom of the eighth inning to top the Pensacola Blue Wahoos (78-66, 2-3) 8-4 on Sunday evening at MGM Park and win the 2019 South Division Title. Biloxi secures their second consecutive South Division title and third trip to the Southern League BC® Powder Championship Series in five seasons.

Going to the eighth inning with the score even at 3-3, the Blue Wahoos took the lead on a solo home run by Ryan Jeffers, his second of the postseason, with one out in the inning, jumping to a 4-3 advantage. RHP Anthony Bender (W, 1-0) entered with a man on base for Biloxi and recorded the final two outs to end the Pensacola threat.

Luis Aviles Jr. started the bottom of the eighth inning with a single to right and Cooper Hummel worked a walk, bringing Dillon Thomas to the plate with runners on first and second and no outs. Thomas squared to bunt but was struck in the face by the pitch from LHP Steven Gonsalves (L, 0-1). Thomas was removed from the game and Clayton Andrews took his place at first after the hit by pitch. Weston Wilson knotted the game at 4-4 with a sacrifice fly before C.J. Hinojosa doubled down the left field line, driving in both runners to put the Shuckers up 6-4. After a throwing error allowed Jake Gatewood to reach base, Bruce Caldwell padded the Shuckers lead with an RBI single in front of Joantgel Segovia, who doubled to center to put Biloxi ahead 8-4.

Pensacola and Biloxi went back and forth all night. The Blue Wahoos scored the first run in the top of the second on a triple by Mark Contreras and a throwing error by Aviles Jr. Hinojosa tied the game in the bottom of the frame with a solo home run to left, his second of the postseason, to tie the game at 1-1.

Max McDowell put the Shuckers in front for the first time in the bottom of the third with a solo home run to left, his first of the playoffs, giving Biloxi a 2-1 lead. Pensacola struck back with two runs in the top of the fourth inning to jump in front 3-2 and held their lead until the bottom of the sixth when Hinojosa drove in the tying run with a sacrifice fly. All told, Hinojosa went 2-for-3 with a double, a home run, four RBI's and two runs scored in the Shuckers victory.

Biloxi now matches up with the Jackson Generals in a best-of-five series in the Southern League BC® Powder Championship Series starting on Tuesday night at 6:35 pm at MGM Park. In Game One, the Shuckers will send RHP Alec Bettinger (0-0, 5.40) to the mound while Jackson has not named a Game One starter. The game can be heard locally in Biloxi on Cruisin' WGCM AM 1240/100.9 FM, TuneIn Radio or the MiLB First Pitch App and can be seen on MiLB.TV.