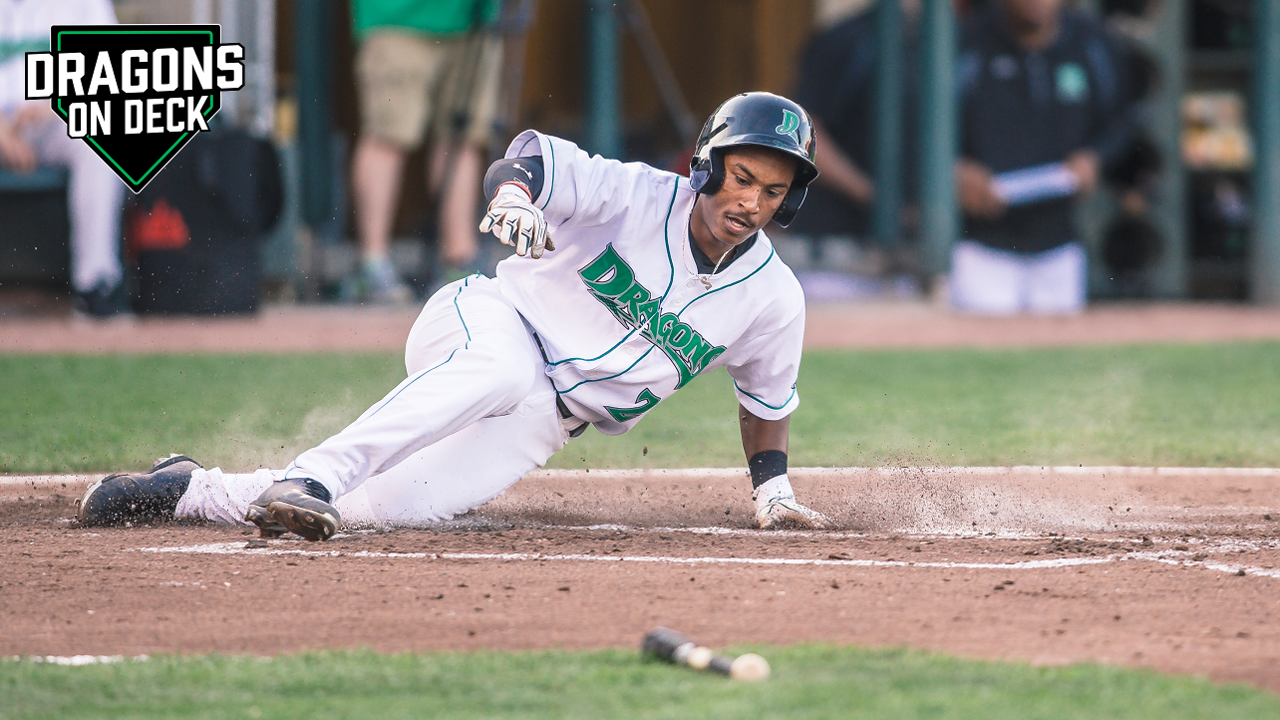 Jeter Downs is currently ranked as the Los Angeles Dodgers #5 prospect and the 87th best prospect in all of Minor League Baseball by MLBPipeline.com. He was the Cincinnati Reds supplemental first round selection (32nd overall pick) in the 2017 draft out of Monsignor Edward Pace High School in Miami Gardens, Florida.

2019 Season:  Downs was ranked as the Reds #8 prospect by Baseball America following the 2018 season (a season spent with the Dragons). On December 21, 2018, he was traded by the Reds to the Dodgers in the blockbuster deal that also sent former Dragon Homer Bailey along with pitching prospect Josiah Gray to Los Angeles. The Reds received outfielders Yasiel Puig and Matt Kemp along with pitcher Alex Wood and utility man Kyle Farmer in the deal. Downs spent most of the 2019 season with the Dodgers Advanced-A affiliate, Rancho Cucamonga of the California League. He appeared in 107 games with that club, batting .269 with 19 home runs, 75 runs batted in, and 23 stolen bases. Late in the season, he was promoted to the Double-A level, moving to Tulsa of the Texas League, where he played in another 12 games and managed to hit five more home runs. For the two teams combined, he played in 119 games in 2019, batting .276 with 24 home runs, 86 RBI, 24 stolen bases, and an OPS of .888. He was selected by Baseball America as the shortstop on the 2019 Classification All-Star Team for the Advanced-A level, chosen from among players on 30 teams in three leagues.

Outlook:  Downs would be expected to open the 2020 season at the Double-A level and could be a candidate to move up with a good first half. Some observers predict an eventual move to the outfield for Downs.

Fun Facts:  While with the Dragons on May 22, 2018, Downs achieved one of baseball all-time rarities. He ended the first game of a doubleheader with a walk-off RBI single, then led off the bottom of the first inning in the second game with a home run. Downs had two consecutive Dayton at-bats on the same day (no other Dragons player batted between his two at-bats), driving in runs in both. Jason Stark of The Athletic checked with Elias Sports Bureau, the official statistics service for Major League Baseball, and found that, at the big league level, no player in baseball history has ever had two consecutive at-bats for the same team on the same day and recorded RBI in both at bats…Downs is named after former Yankees legend Derek Jeter…His older brother, Jerry, has spent the last five seasons in the Boston Red Sox organization.