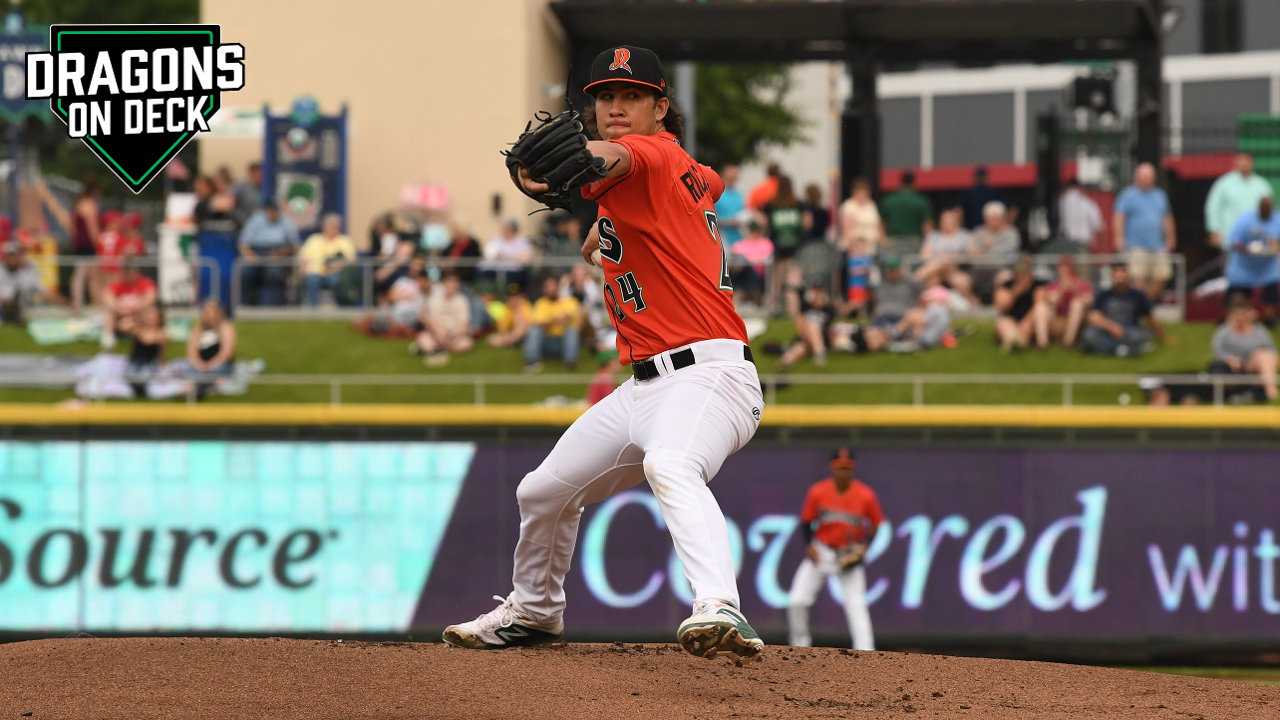 2019 Season with the Dragons:  Richardson surprised some observers by making the Dragons roster out of spring training despite limited pitching experience, and he emerged as one of the most dependable Dragons starting pitchers over the course of the season. Richardson began the 2019 season with only 29 innings on the mound in the Minor Leagues after primarily playing the outfield in high school. By the end of the year, 2019 Dragons pitching coach Seth Etherton was identifying Richardson as one of the most improved pitchers on the Dragons staff. He led the team in starts (26), innings (112.2), and strikeouts (106) despite being the youngest pitcher on the team. In fact, of the 38 pitchers in the Midwest League to throw at least 100 innings in 2019, Richardson was the youngest. Richardson finished the year with a 4.15 earned run average (better than the league average of 4.28), and his ERA after July 1 was 3.26 in 11 starts. His walk-to-strikeout ratio during that period was an outstanding 13-47 in 47 innings. He finished the year with an excellent month of August when he posted a 2.45 ERA in five starts as opposing batters combined to hit just .216 against him.

Outlook: Richardson would be expected to make the jump to Advanced-A Daytona in 2020, and if he can improve his game as much over the next full season as he did in 2019, he will jump higher on the Reds prospect list. Richardson has the athletic ability to continue to improve as a pitcher. He was one of the top high school outfield prospects in the state of Florida and was not certain if the team that drafted him would be taking him as a pitcher or hitter until the Reds made it clear that they felt his future was on the mound. His 2019 season working with Etherton provided him with an introduction to the process and work habits involved in preparing for each start as a member of a five-man rotation, and he will build on what he learned in 2020.

Fun Facts:  Richardson was the first (and still the only) pitcher in Dragons history to be born in the year 2000…Richardson says his parents selected his first name as a reference to the qualities of the king of the jungle (aggressiveness and strength with a lack of fear), though the spelling obviously differs slightly from lion…Richardson's hometown of Jensen Beach is just a few minutes from the spring training home of the New York Mets in neighboring Port St. Lucie, and a little more than 30 minutes from the spring home of the Cardinals and Marlins in Jupiter. It is also less than an hour from the longtime spring home of the Dodgers in Vero Beach (the club moved their spring camp to Arizona in 2009).