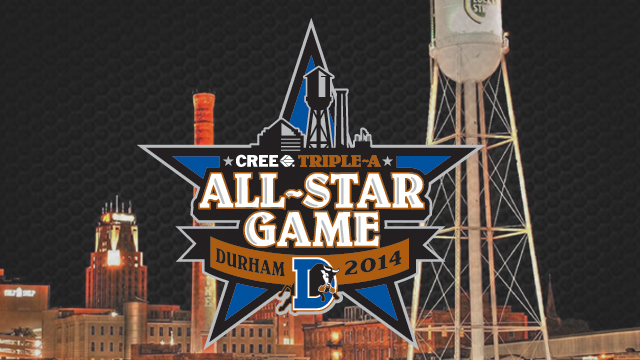 Minor League Baseball's biggest event is coming to Durham! In July of 2014, baseball's brightest stars and most promising prospects will converge on the Bull City for the 2014 Cree Triple-A All-Star Game!

Since the game began between the International and Pacific Leagues in 1988, 86 Triple-A All-Stars have gone on to play in the Major League All-Star Game, including Derek Jeter, Pedro Martinez, Mike Piazza, Chase Utley and Joey Votto. This will be your chance to see them live in your backyard, before you see them on the national stage.

This isn't just one game though - it's a can't-miss week-long event honoring our National Pastime - and it will all take place right here in the Triangle, home of America's Favorite Minor League team. From an All-Star Fan Fest and Block Party to a Home Run Derby featuring Minor League Baseball's most iconic home run target, you won't want to miss a second of this once-in-a-lifetime celebration.