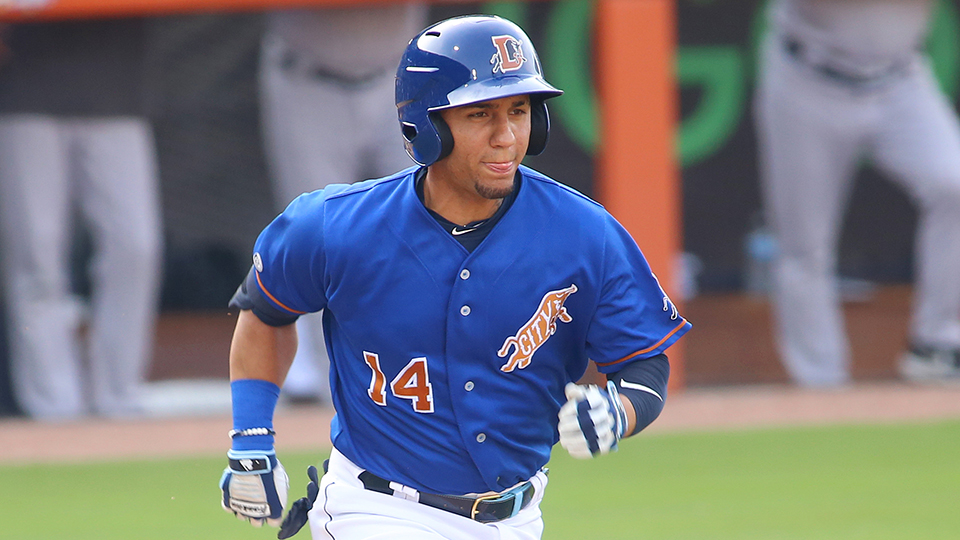 Opening the game 2 1/2 games behind first place Gwinnett, but fighting off third place Charlotte for the league's wild card, the Bulls (68-52) permitted four in the bottom of the first inning, but had a reply for every Syracuse (59-61) early-game scoring inning.

In the second, Dalton Kelly and Daniel Robertson singled with one out against two-time All-Star Ervin Santana (L, 2-3) ahead of a three-run blast to right-center by Kevin Padlo to draw Durham within 4-3.

Syracuse scored a run in the second against Ricardo Pinto, who replaced the opener Vidal Nuno. Pinto surrendered two hits and a run in the second, but stranded two runners in scoring position when Danny Espinosa bounced out to shortstop. The Mets' Ali Sanchez was thrown out at home earlier in the inning, running on contact from third on a one-out grounder to Padlo at third base off Rajai Davis' bat.

Durham again closed to within a run in the third when Michael Perez stroked a single to right-center to score Nate Lowe, who singled and advance to second on a wild pitch.

The fifith inning saw the game turn in favor of the Bulls. Emilio Bonifacio started the frame with a single, but Kean Wong followed with a bunt hit, a pivotal moment in the game. Lowe then drove a two-run double to left-center to put Durham ahead for the first time 6-5. Perez walked ahead of a force out grounder from Dalton Kelly, placing runners at first and third. After a pitching change removed Santana for Eric Hanhold, Daniel Robertson was hit by a pitch on his left hand to load the bases ahead of a two-run double by Padlo to centerfield for an 8-5 lead. Jason Coats followed with a run-scoring single to bring Robertson in, with Padlo getting thrown out at home.

Phoenix Sanders retired the one batter he faced in the seventh before Pete Fairbanks entered to record four outs, three on strikeouts. Hoby Milner (S, 9) checked in with one out and one on in the ninth before striking out Espinosa and inducing a one-hopper to Padlo at third to end the game.

All three teams in the South race won on Tuesday night. First place Gwinnett maintained its 2 1/2 game lead over Durham. But Durham also kept its 2 1/2 game cushion for the wild card over Charlotte.

The three-game series continues on Wednesday night at 6:35 PM ET.