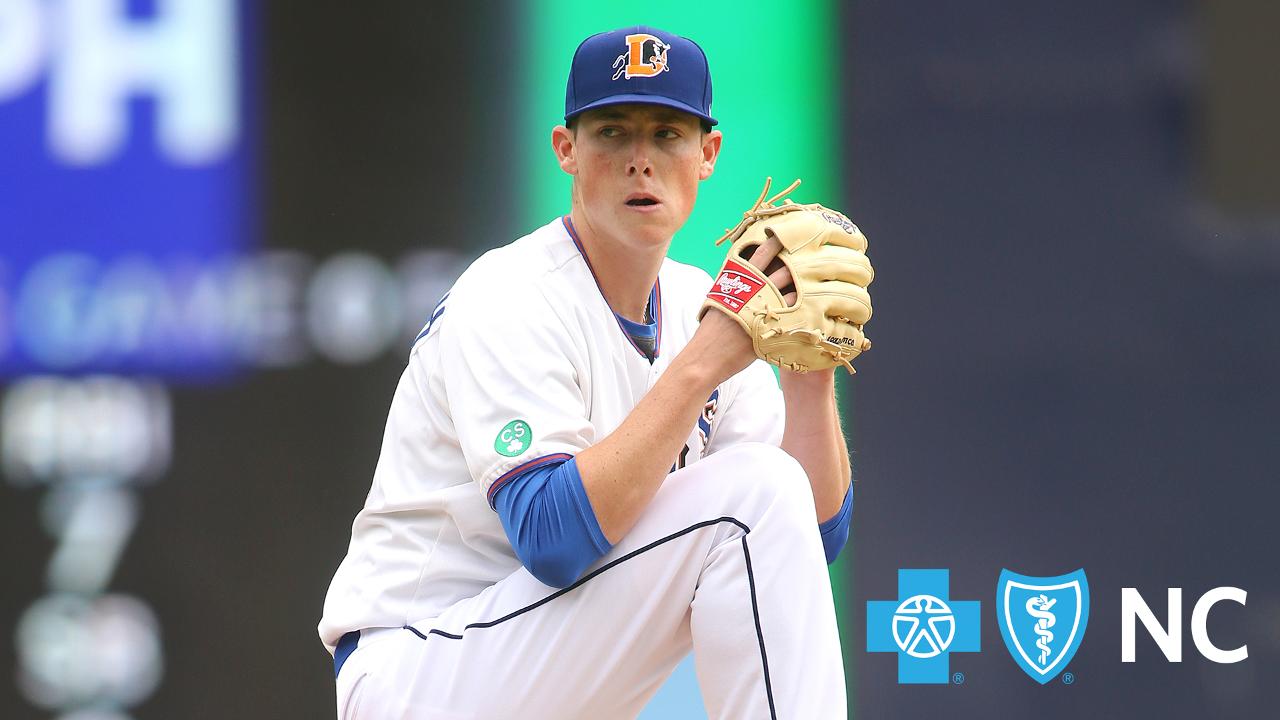 DURHAM, N.C. - The Durham Bulls took Game One of the Governors' Cup Finals in convincing fashion Tuesday night, as starter Ryan Yarbrough tossed seven scoreless innings to back up an 11-hit performance by the lineup resulting in a 6-0 win over the Scranton/Wilkes-Barre RailRiders at the DBAP.

The Bulls jumped ahead of the RailRiders with three runs in the first inning and never looked back, tacking on another run in the second and two more tallies in the sixth. That was more than enough support for Yarbrough, who struck out four while scattering three singles across seven spotless innings. The 6-0 victory gave the Bulls 1-0 lead in the Best-of-Five Championship Round, with the team needing two more wins to claim their first title since 2013.

The RailRiders had their best chance to score in the top of the first, when they got their first two batters on with a pair of singles. Yarbrough was able to work out of the early jam, however, with a strikeout and a double play to end the inning. The Durham bases lineup took advantage of the opening by striking for three runs in the bottom of the inning to go on top 3-0. Kean Wong , Willy Adames , and Jake Bauers all singled with one out to load the bases, before Wong came home on a wild pitch for the inning's first tally. Patrick Leonard followed with an RBI single and Shane Peterson drove in a run with an RBI groundout to give the Bulls a quick advantage.

One inning later, newcomer Justin Williams doubled in his first Triple-A at-bat and later scored on an RBI base knock by Wong to put Durham on top 4-0. Yarbrough went into cruise control from there, retiring 11 straight and 16 of his final 18 batters faced through seven innings.

The Bulls' bats picked up two additional insurance runs in the home half of the sixth, when Mike McKenry hit a two-RBI single to score Peterson and Daniel Robertson for a 6-0 Durham lead. Relievers Mike Broadway and Jeff Ames finished the game off from there with perfect performances in the eighth and ninth innings respectively to close out the Bulls victory.

Yarbrough (2-0) earned his second Game One win of the playoffs after throwing seven scoreless on three hits, no walks, and four strikeouts. Scranton/WB starter Ronald Herrera (0-1) took the loss after giving up four runs on six hits and two strikeouts during his 4.2 innings pitched.

Wong paced the Durham offense with a 2-5 game including an RBI and a run, while McKenry went 1-3 with two RBI and a walk.