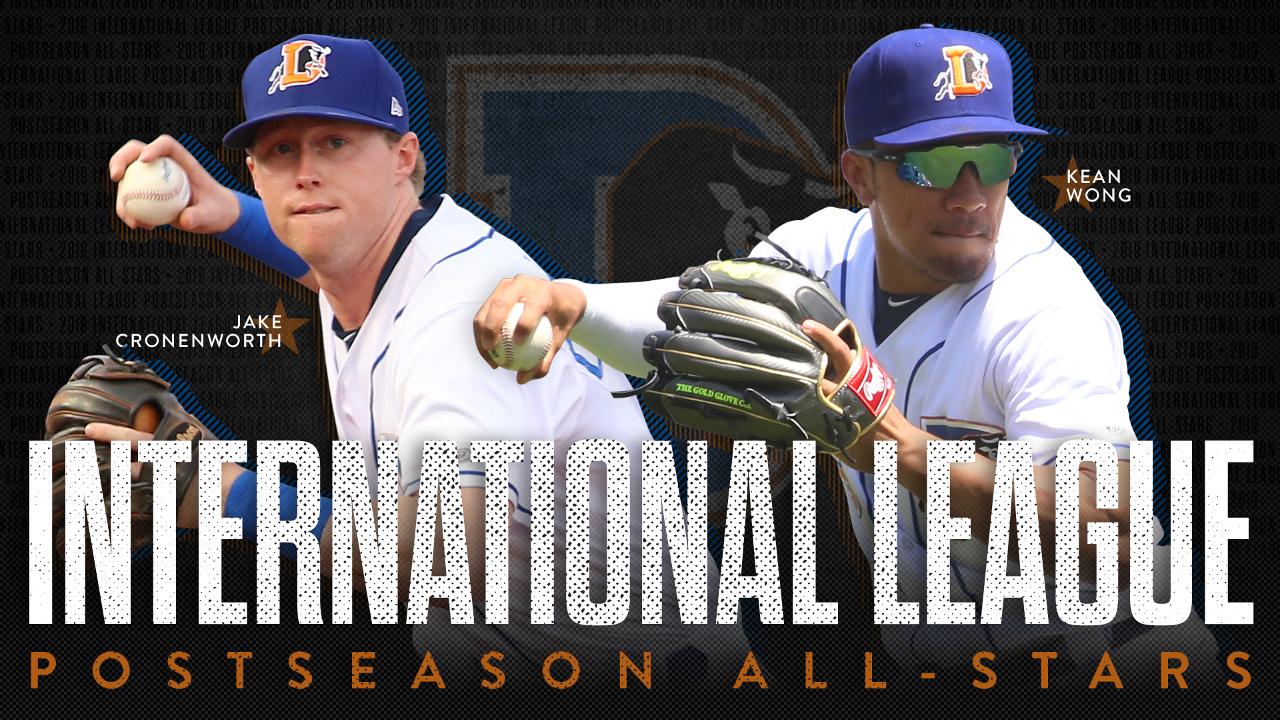 Cronenworth, 25, earns his first career Postseason All-Star honor at any level, following a season that saw him make the International League Midseason All-Star team. The St. Clair, Michigan native has turned in eye-catching numbers throughout the year, as he leads the I.L. in on-base percentage (.427), ranks second in average (.336) and on-base plus slugging percentage (.957) and ranks seventh in slugging percentage (.530). Additionally, the shortstop's current average and 10 home runs are career highs, despite missing over a month because of injury.

Cronenworth's year has also been marked by his first season as a two-way player, pitching professionally for the first time. The University of Michigan product has made seven appearances on the mount, serving as an "opener" for six, going 0-0 with a 0.00 ERA (7.1 IP), while allowing four hits and striking out nine batters.

Wong, 24, continues his incredible run in the International League by earning his second straight International League Postseason All-Star honors. The Hilo, Hawaii native has turned in another strong season, batting .314 with 10 HR and 63 RBI over 109 games played. As of the award announcement Wong has set career highs in batting average, home runs, RBI, hits (138), doubles (29) and triples (6). The honor is also coupled with his back-to-back Midseason All-Star honors, which he earned in 2018 and 2019, as well as the 2017 Triple-A National Championship Game MVP award and the 2018 Triple-A All-Star Game Top Star award.

Wong has also shown off his defensive versatility, playing six different positions over the course of the season. Wong has manned second base, third base, shortstop, left field, center field and right field this season, while playing shortstop and right field for the first time his career.

Cronenworth and Wong are the first Bulls duo to be named as Postseason All-Stars since J.D. Martin and Vince Belnome in 2013. The two are also the 28th and 29th Durham players named to the team since the franchise joined the Triple-A level in 1998.