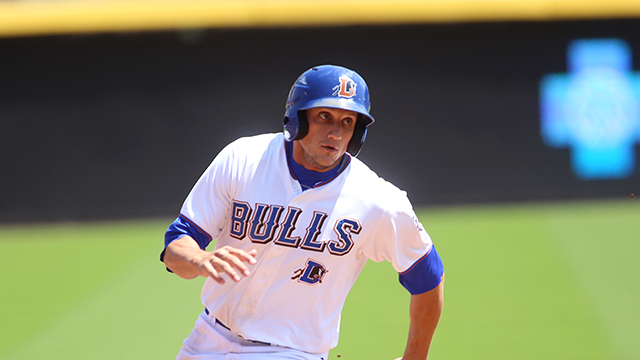 Louisville, KY --- Irving Falu went 4-for-4 with a homer to lead the Louisville Bats past the Durham Bulls 8-6 on Saturday night.

Buschmann permitted a season-high 11 hits and eight runs over 5 2/3 innings, yielding a pair of homers.

Trailing 8-4 in the ninth, Corey Brown drilled a homer to right to trim the deficit to 8-5. Mahtook singled with one out, with Richie Shaffer walking with two down to bring the tying run to the plate. Jumbo Diaz (S, 1) entered the game and promptly allowed an RBI-double to Vince Belnome as the game tightened up to 8-6. Hak-Ju Lee then lined out to centerfield to end the game.

Mahtook finished the game 3-4, while Dykstra drove in a season-high three runs.