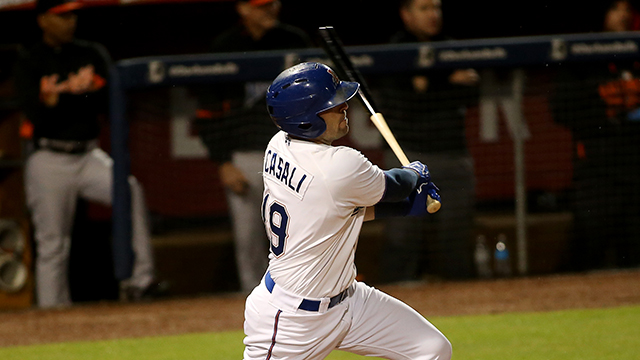 DURHAM, NC - The Durham Bulls' four-game winning streak came to an end Wednesday night at the DBAP, as they fell to the Charlotte Knights 4-2.

The Knights (30-22) got to Durham starter Matt Buschmann in the second inning, scoring the game's first run behind a double, passed ball and a wild pitch. In the fifth the visitors extended their lead, as Jason Coats cracked a three-run homer over the right-centerfield wall for a 4-0 advantage.

In the seventh Durham (30-24) scored its first run when Curt Casali came around to score on a bases-loaded double play. In the ninth Casali led off with a homer over the Blue Monster to cut the deficit to 4-2, but that was as close as the Bulls would get.

Right-hander Matt Lindstrom (1-0) earned the win in relief for the Knights, tossing two scoreless frames, while Maikel Cleto earned his first save of the season. Buschmann (5-4) took the loss, allowing four runs on six hits over four innings, before three relievers combined to shut down Charlotte over the final five innings.