Acuña Jr. is the first former Gwinnett player to win the award since Craig Kimbrel in 2011 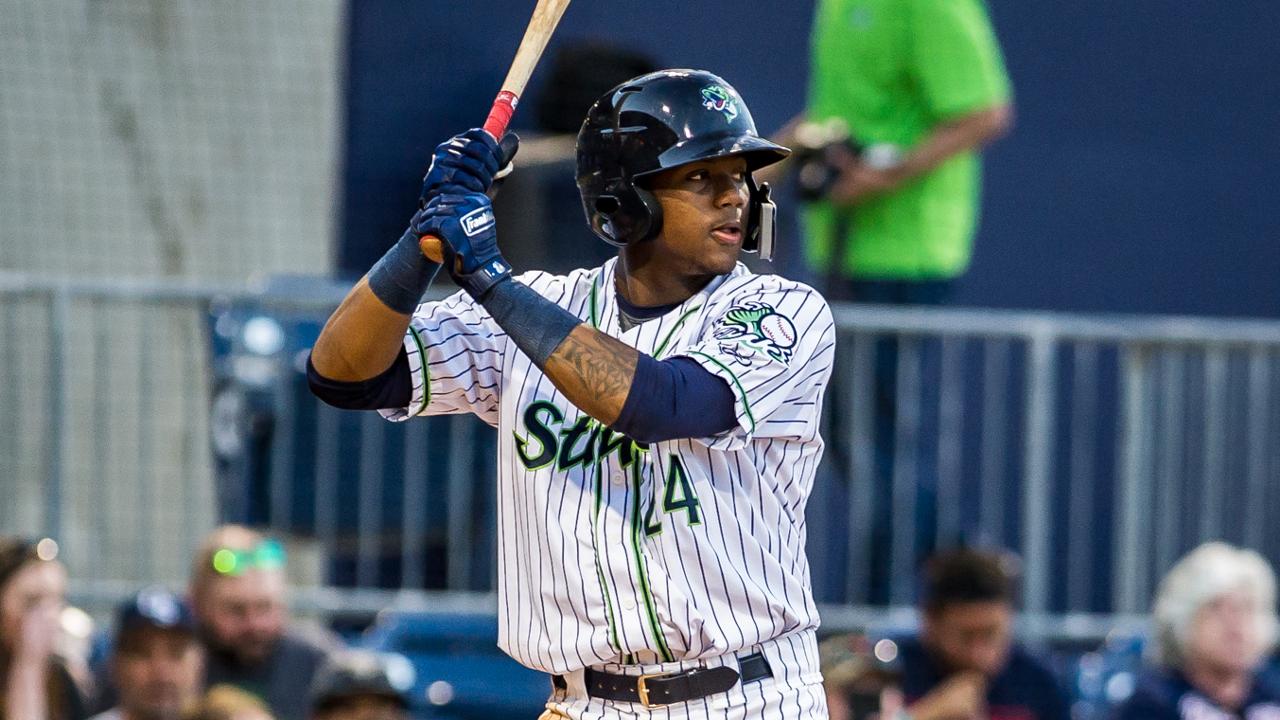 The 20-year-old Atlanta Braves outfielder garnered 27 of 30 first-place votes from the BBWAA, becoming the second former Gwinnett player to win the award. Acuña Jr. joins right-hander Craig Kimbrel, who pitched for Gwinnett from 2009-10 before earning the NL Rookie of the Year award with Atlanta in 2011.

The La Guaira, Venezuela native entered 2018 ranked the No. 2 prospect in baseball by MLBPipeline.com. He started the year as a member of Gwinnett's Opening Day roster and went on to bat .232 (16-for-69) with two doubles, one home run, nine runs scored, two RBIs and four stolen bases in 17 games in April. He notched hits in seven of his final eight games (.333, 11-for-33) with the Stripers before having his contract selected by Atlanta on April 25.

Acuña Jr. returned to Gwinnett for a six-game injury rehab assignment from June 22-27 while on the Braves' 10-day disabled list with a left knee contusion and mild ACL sprain. He hit .143 (3-for-21) with one RBI and one stolen base during his rehab before being activated by Atlanta on June 28.

In 23 games across the two stints with the Stripers, Acuña Jr. combined to bat .211 (19-for-90) with two doubles, one home run, nine runs scored, three RBIs and five stolen bases.

Acuña Jr. enjoyed a historic Major League debut with the Braves, batting .293 (127-for-433) with 26 doubles, four triples, 26 home runs, 78 runs scored, 64 RBIs, 16 stolen bases and a .917 OPS in 111 games. His 26 homers led the team, and his eight leadoff homers set the franchise single-season record. He became one of five players in baseball history to hit 26 homers in a season prior to his 21st birthday and the 10th player in history to hit 25 homers and steal 15 bases in his rookie season.

A second-half surge in which he batted .322 (85-for-264) with 19 homers, a .625 slugging percentage and a 1.028 OPS helped lead the Braves to their first NL East Division title since 2013. Acuña Jr. went on to hit .188 (3-for-16) with one homer and four RBIs in four games during the NL Division Series vs. the Los Angeles Dodgers. In Game 3 at SunTrust Park, he became the youngest player in MLB history to hit a postseason grand slam when he went deep off Walker Buehler in the Braves' 6-5 victory.

Acuña Jr. was one of 12 Stripers players to make Major League debuts in 2018, and is one of 85 former Gwinnett players to reach the Majors all-time.

The Gwinnett Stripers open the 2019 season at Coolray Field on Thursday, April 4 with a 7:05 p.m. game against the Norfolk Tides. Memberships for 2019 are on sale now by calling the Coolray Field Ticket Office at 678-277-0340. For more information, visit GoStripers.com/memberships.