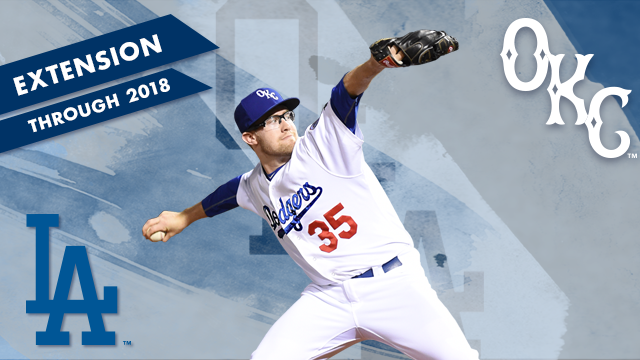 "Our partnership with the Los Angeles Dodgers has been better than we ever imagined," said OKC Dodgers President/General Manager Michael Byrnes. "We have had an incredible string of success both on and off the field, and we're looking forward to continuing it through the 2018 season."

The affiliation began in September 2014, when Oklahoma City's Triple-A franchise was sold to Mandalay Baseball, LLC - a partnership that includes ownership of the Los Angeles Dodgers.

In 2015, the Oklahoma City Dodgers won the American Northern Division and finished with an 86-58 record, setting a new team record for most wins during the team's PCL era. As of today, the OKC Dodgers are 62-47 this season and are in first place in the American Northern Division. Over the past two seasons, several of the Los Angeles Dodgers' top prospects have spent significant time in Oklahoma City, including shortstop Corey Seager and pitcher Julio Urias.

"Oklahoma City has been a great home to our players and we're excited to extend our partnership with Mandalay Baseball and the OKC Dodgers' organization," said Los Angeles Dodgers President and CEO Stan Kasten. "It's been a fantastic partnership, and we're grateful for the community support we've received in our two seasons in Oklahoma City."

The OKC Dodgers open a four-game series against the Round Rock Express tonight at 7:05 p.m. Tickets are available through the box office on S. Mickey Mantle Drive, by calling (405) 218-1000, or ordering through okcdodgers.com.