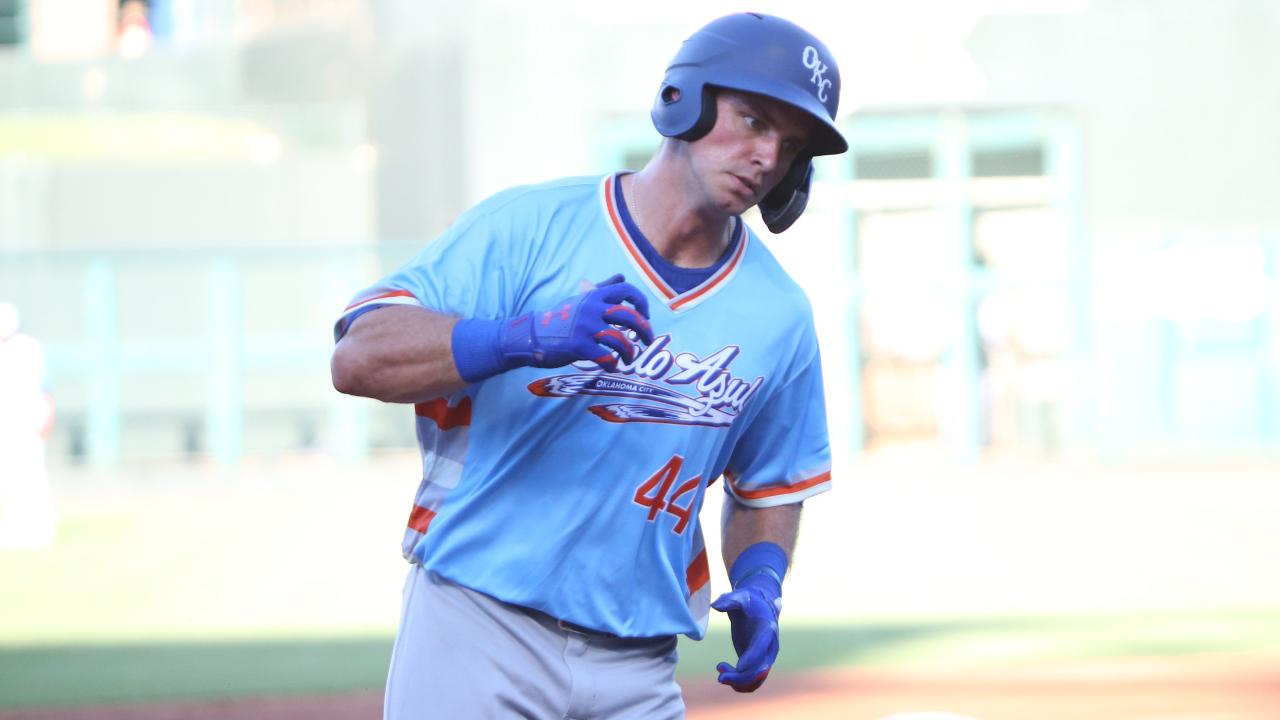 Oklahoma City - DJ Peters hit two home runs for a second straight game as the Oklahoma City Dodgers homered their way to an 11-3 win Friday night to open a three-game series against the San Antonio Missions at Chickasaw Bricktown Ballpark.

The Dodgers hit five home runs Friday and have now homered in a season-best 12 consecutive games. They have hit 30 homers during the stretch, including 13 home runs over the last two games.

Peters hit the first two home runs of the night, propelling Oklahoma City to a win to kick off the second ¡Celebración Cielo Azul! of the season. The Dodgers (44-54) took the field as Cielo Azul de Oklahoma City against the Flying Chanclas de San Antonio as part of MiLB's Copa de la Diversión.

Oklahoma City has now tallied 29 runs and 31 hits over the last two games and also recorded double-digit runs for the third time in four games as they picked up back-to-back victories.

Peters led off the second inning with a solo homer out to center field to put the Dodgers on the scoreboard, 1-0.

Kyle Garlick followed with a ground-rule double and scored on a double by Zach Reks for a 2-0 Oklahoma City advantage. Reks moved to third base on a groundout and scored on a wild pitch for a 3-0 Dodgers lead.

In the third inning, Peters crushed a monster two-run homer run out of the ballpark to left-center field that sailed over the LED board and hit off of the Hampton Inn and Suites hotel located across the alley from the ballpark for a 5-0 advantage.

Friday marked his second multi-homer night in as many games as the outfielder boosted his home run total to eight since joining the Dodgers June 27. Peters finished with three hits and a game-high three RBI and has now reached base in each of his first 20 Triple-A games as he picked up his ninth career multi-homer game and second of the season overall.

Garlick followed Peters' homer with a single and then scored on a two-run homer by Reks out to center field for a 7-0 Dodgers lead. The home run was OKC's third home run through three innings and 14th of the season for Reks.

San Antonio (62-37) brought home a run on a RBI single by Hernán Pérez in the top of the fourth inning.

Oklahoma City scored three more runs in the bottom of the fourth inning on a RBI single by Gavin Lux and two-run homer by Will Smith for a 10-1 Dodgers lead. Smith now paces Oklahoma City with 19 homers this season. Lux has now hit safely in each of his first 16 Triple-A games.

Garlick then belted a towering solo home run out of the ballpark to left field, hitting the parking garage beyond the LED board and alley for an 11-3 Dodgers lead in the bottom of the seventh inning. The home run was Garlick's fourth in two games and 16th of the season with Oklahoma City as he finished the night with three hits.

Thomas Jankins (9-3) was charged with the loss for San Antonio, allowing 10 runs on nine hits over 3.2 innings with one walk and four strikeouts.

The series continues Saturday, and the first 1,000 fans to Chickasaw Bricktown Ballpark will receive a Dodgers tumbler. Gates open at 5 p.m. for the 6:05 p.m. game, which also falls on Faith and Family Night.

The evening culminates with a postgame concert by Jeremy Camp. The Grammy-nominated contemporary Christian singer and songwriter will perform on the field following the game and the concert is free to anyone with a ticket to Saturday night's Dodgers game.