Asheville Pushes Back in 7-2 Victory over Rome 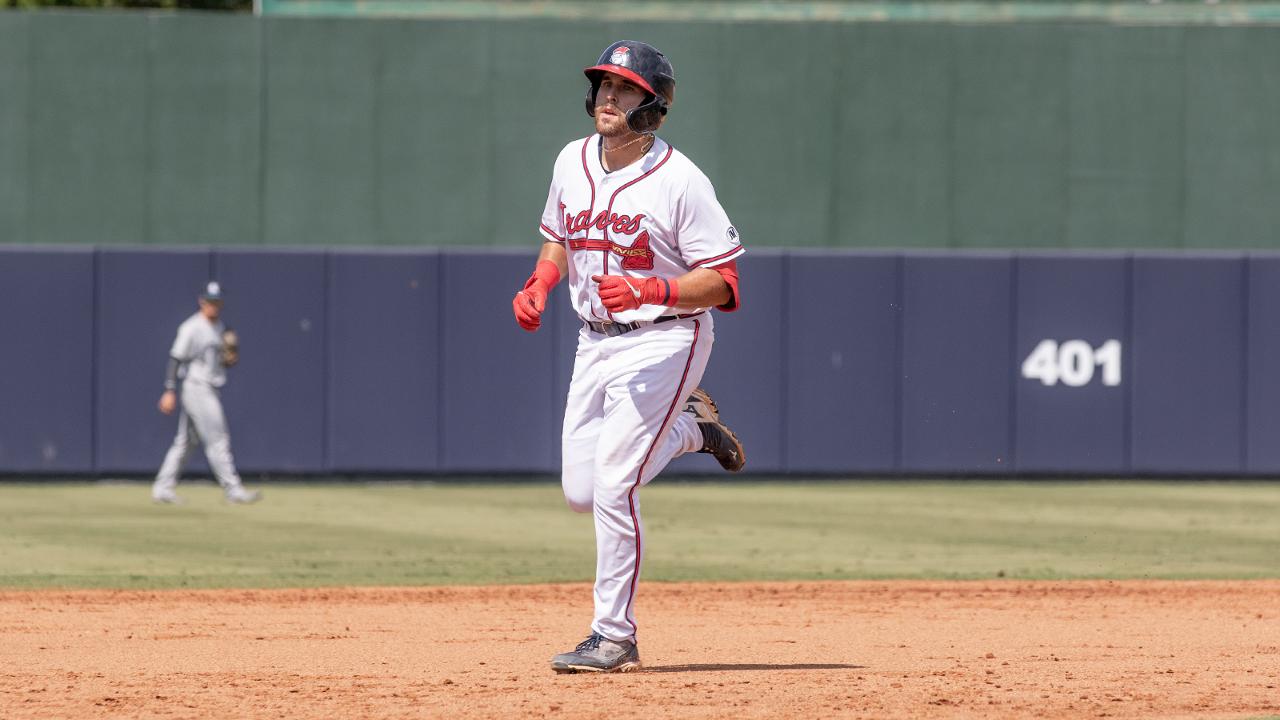 ROME, GA - Following an uplifting comeback win on Saturday evening the Braves fell to the Tourists 7-2 Sunday in Game 3 of the series. Asheville got strong starting pitching from Colten Schmidt and a late blast from league RBI leader Coco Montes. Despite their victory, Asheville was eliminated from postseason contention Sunday night when Augusta beat Columbia, making the GreenJackets second-half Southern Division champions.

Asheville led throughout the afternoon, scoring two runs in the 3rd inning and another in the 5th against Rome starter LHP Dilmer Mejia. Down 3-0 to the Tourists, the Braves offense picked up the pace. Brendan Venter ripped a long solo homer out to left to make it 3-1. It was Venter's sixth homer of the season.

In the 6th inning Rome drew closer as Michael Harris delivered an infield RBI single to score Jeremy Fernandez and make it 3-2. The Braves would strand the tying run at third base and the go-ahead run at first as the inning ended on a popup. Rome did not have a base-runner in the final 3 innings.

Asheville put things out of reach in the 9th inning with four runs, punctuated by a three run homer from Montes out to left into the Braves bullpen which made it 7-2.

Venter finished the game 1-2 with a solo homer and was hit by a pitch. Shea Langeliers went 2-4 with a double. Fernandez was 1-4 and scored a run. Harris was 1-4 with an RBI.

Venter, Harris and Fernandez have hit safely in every game of the series.

Mejia took the loss in his final start of the season. The Nicaraguan lefty threw 6 innings and allowed three runs on eight hits. He struck out four and walked two.

Rome and Asheville conclude their four game series as well as their 2019 seasons on Monday afternoon. First pitch of Game 4 from State Mutual Stadium is scheduled for 1 pm. Rome is expected to start RHP Victor Vodnik (1-3, 3.03) while Asheville starts LHP Nick Bush (8-9, 3.97).