Braves Come Up Empty in the Clutch in 3-0 Loss 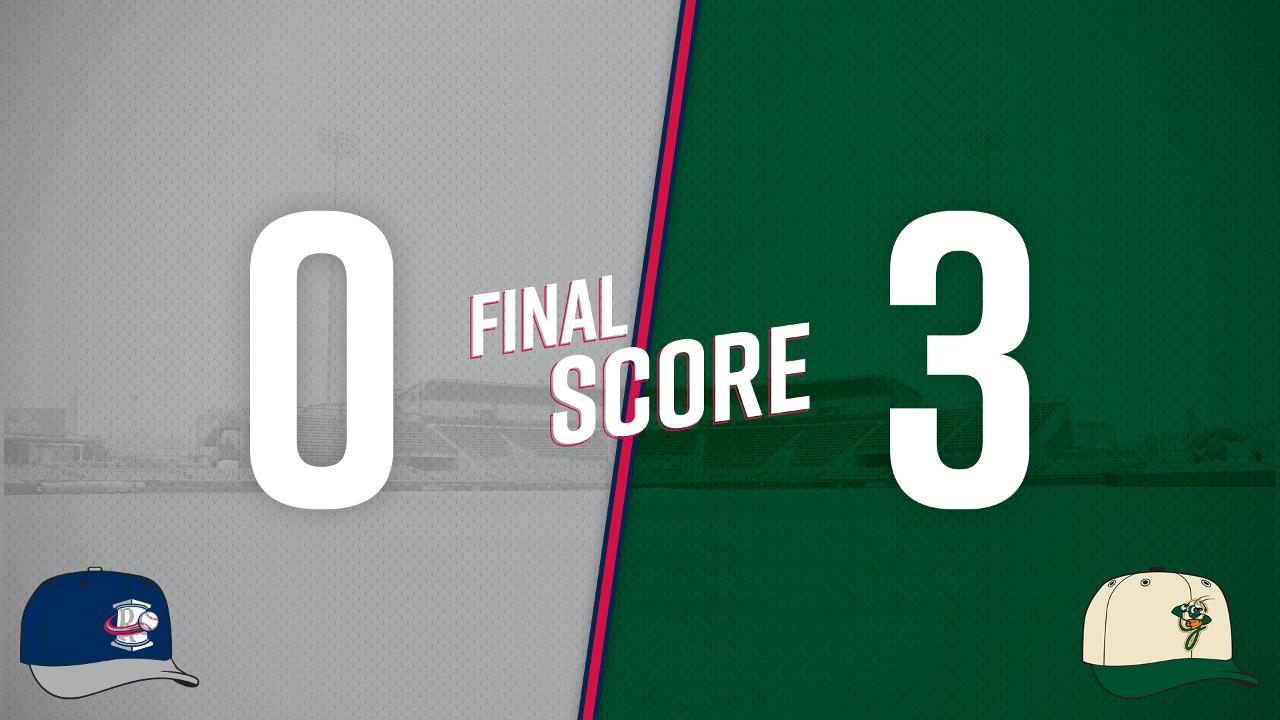 GREENSBORO, NC - The Rome lineup went hitless with runners in scoring position and grounded into four double-plays in a frustrating 3-0 defeat against Greensboro on Tuesday evening at First National Bank Field. Losses by both Asheville and Augusta keep the Braves two games out of first place with six regular season contests remaining.

Despite another strong pitching performance the offense was unable to find the big hits when they needed them. Rome threatened throughout the game and had multiple rallies snuffed out by double play grounders. The Braves collected nine total hits.

In the 2nd, 4th and 6th innings Rome had two on and nobody out. Each time a double-play crushed the momentum. In the 5th a leadoff double couldn't do the trick. At one point the leadoff hitter reached base in five consecutive innings and was stranded in scoring position.

Rome starter LHP Dilmer Mejia fared well but took the loss. He threw 5 innings and allowed one run on four hits. Mejia struck out four and did not issue a walk.

Greensboro scored their first run on a groundout in the 2nd inning and added two more in the 6th to make it 3-0.

Bryce Ball went 2-3 with a walk in the defeat. Shea Langeliers was 2-4. Jeremy Fernandez went 2-4 with a stolen base. Brendan Venter had the only Rome extra-base hit as he went 1-3 with a double and was hit by a pitch.

Rome is 0-18 with runners in scoring position across the first two games of the series.