Series opener goes to Fireflies as storm rolls in 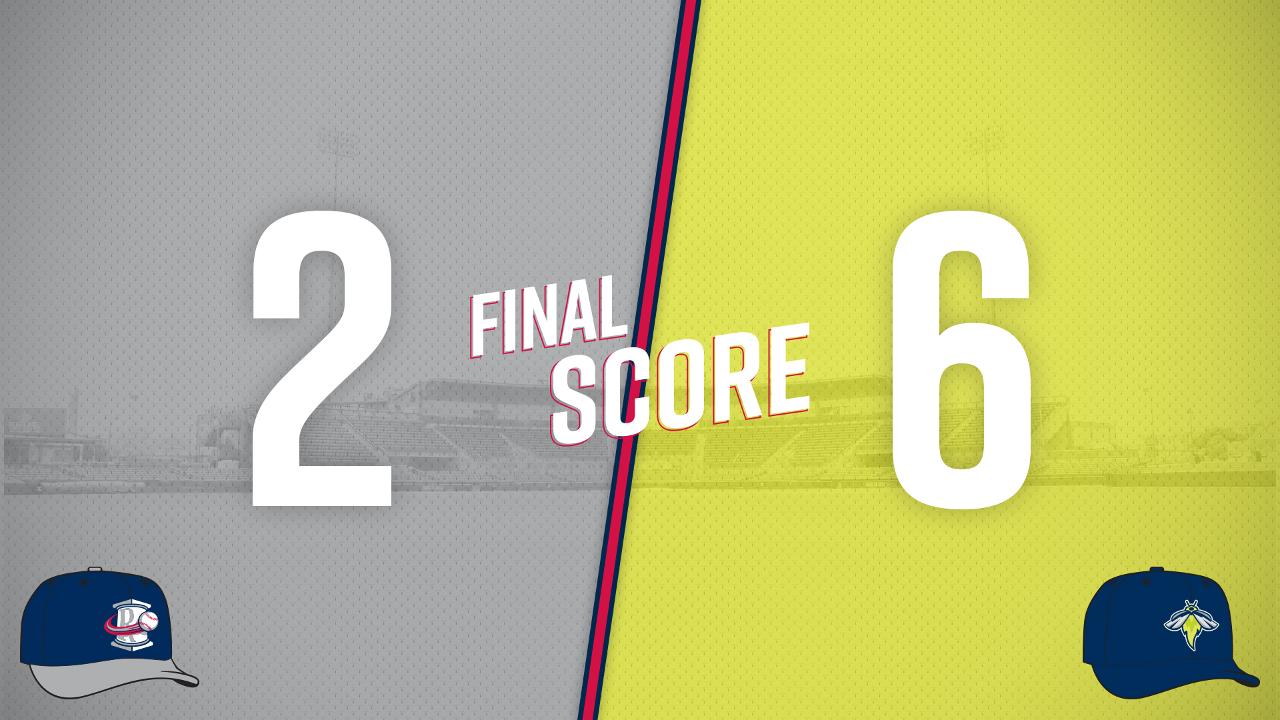 COLUMBIA, SC - Severe weather cut short the opening game of the Rome Braves series at Segra Park against the Columbia Fireflies on Saturday night, forcing Rome to take a 6-2 loss after only 6 innings.

Columbia lead throughout the night and took an early advantage in the 1st inning. Rome starting pitcher RHP Trey Riley experienced some control issues from the outset, walking the first three hitters he faced. He escaped the frame allowing only one run but ran into more command troubles in the 3rd inning. With one out Columbia loaded the bases on a walk, single and hit batter. Riley plunked Gerson Molina to bring in a run. The next batter, Chandler Avant, cleared the bags with a three run double and pushed the Fireflies in front 5-0.

The Braves got a run back in the 4th inning when Greg Cullen ripped a double into the left center gap and later scored on an RBI single by Trey Harris. Molina hit a solo homer in the 5th inning off Rome reliever LHP Jake Higginbotham. The Braves concluded the scoring in the 6th when Andrew Moritz doubled to deep left and eventually crossed the plate on a wild pitch.

Trailing 6-2, the Braves never got the chance to make up further ground as thunderstorms arrived and the tarp went on. Following a 45 minute delay the umpires called the game after 6 innings. Riley got the loss, going 3 innings, giving up five runs on three hits. He walked five, hit two batters and struck out two. Harris was 1-2 with an RBI and walk. Cullen and Moritz both went 1-3 with a double and a run scored.

The originally scheduled doubleheader for Sunday has been postponed to Monday due to the severe weather threat. Only one game will be played on Sunday and it will start at 2:05 pm at Segra Park. Rome will start RHP Odalvi Javier (0-2, 6.29) while Columbia will put RHP Simeon Woods-Richardson (0-4, 5.40) on the mound.